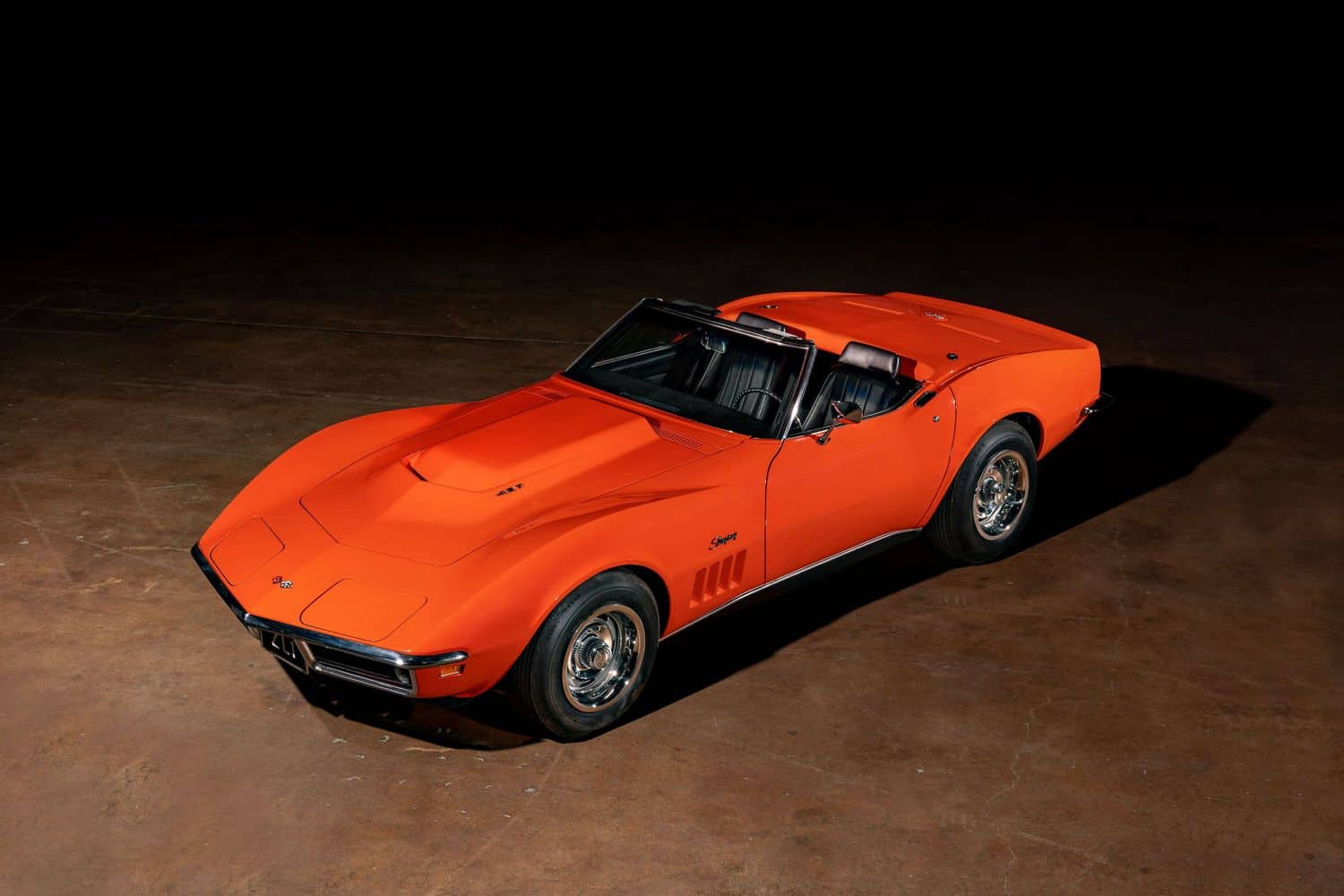 Flags have been around for thousands of years, with ancient Greeks and Persians starting to use their own flags ages ago.

The first types of flags were called “vexilloids“, a Latin word meaning “guide”, and were carved on the top of metal or wooden poles.

Fabric pieces became a thing about 2,000 years ago, when the Romans were the first to have used fabric in their flags.

The Meaning of Flag Colors 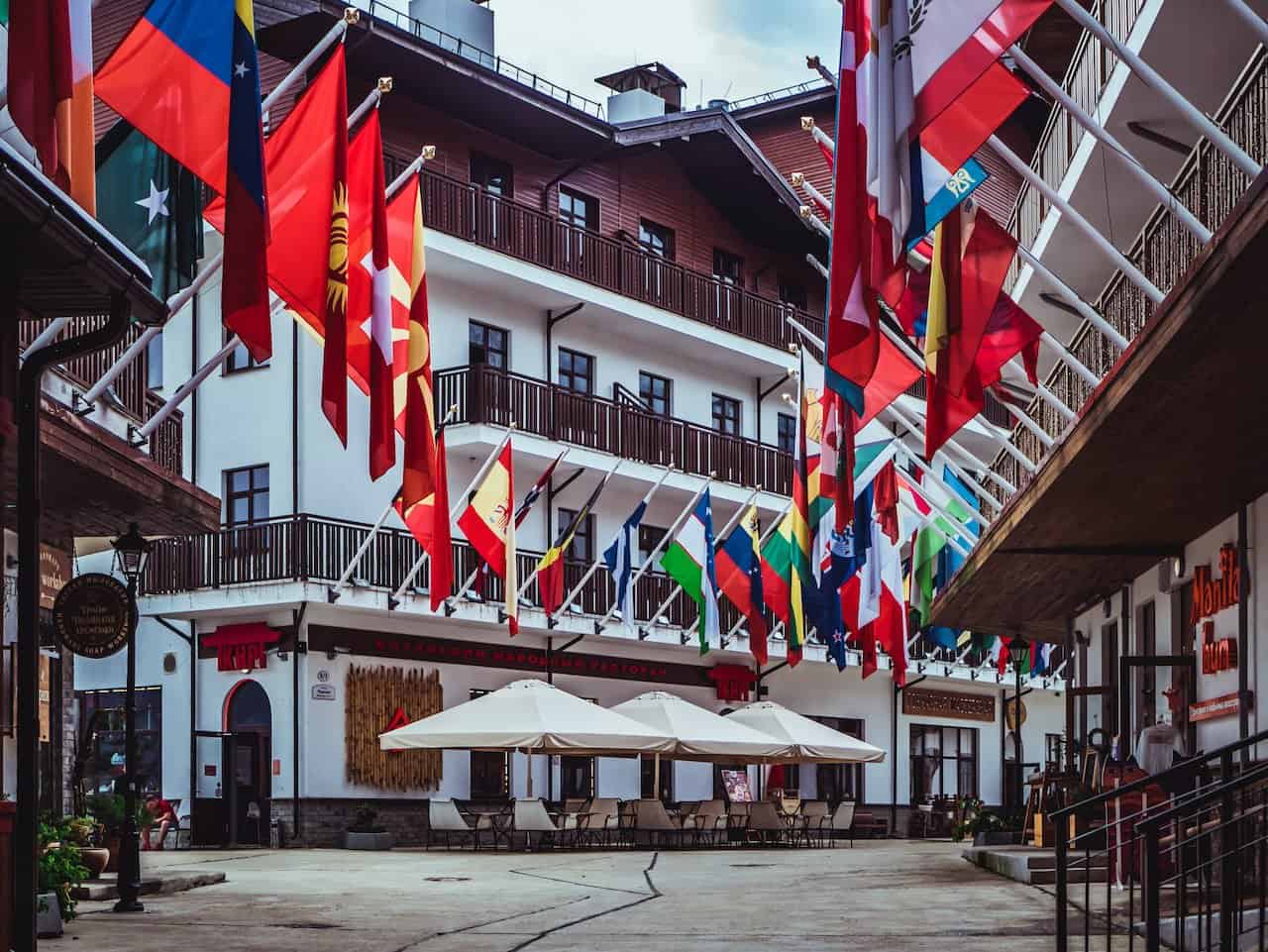 Flags are used in more ways than one; they symbolize identity, national pride, beliefs or are even used to communicate information – at times of peace or war. We are not talking about flag signals, which Native Americans used to communicate over large distances.

Flags share information with the help of various color and symbol combinations, each with its own meaning or message to convey. We decided to focus on the more positive meanings of colors, as follows:

Emblems were also meant to be a unique method of identification, which is why early flags and emblems were one and the same – posted on poles to identify units or armies during armed conflicts. Emblems are commonly represented as a coat of arms, which many countries’ flags still use.

Nowadays, a flag is a piece of cloth, displaying the insignia of a sovereign state – even community, armed force, or company. A flag is usually oblong and is attached by one edge to a staff or halyard, at least that is the mental image we take note of the second we hear the mention of the word.

Flags have been used extensively for signaling, as well as decoration and display.

A symbol of patriotism and traditions, the flag has not been used by many automotive brands as a representative identifier or logo though.

There are only a few car manufacturing companies who had a strong vision about the brilliant use of a flag for their insignias. It takes creativity and a bit of boldness to approach logo design in such a manner, and we admire their logos in the list below.

The most familiar and popular car logo we can think of, that includes flag patterns, adorns the hood of the Chevrolet Corvette. The crossed flags have been there ever since the Corvette first went on sale, and this was back in 1953.

To be fair, the Corvette is not really an automotive brand, but a very popular and iconic model. However, the American-made car has a different insignia compared to other Chevrolet-made vehicles, which is why this is interesting and worth mentioning.

The iconic Corvette logo comprises two flags. One of them displays a racing-style black-and-white checkered flag, while the other comes in red and carries the Chevrolet “bowtie” while a French fleur-de-lis – or, lily, for most of us – is there for extra charm.

Llilies were the emblem of company founder, Louis Chevrolet.

This name may not ring a bell with all our readers, but there is always room for some new and interesting information to reach you. Established in the 1970s by former racing driver and rugby player Guy Ligier, this company is focused on the manufacturing of sports cars.

This French automobile manufacturer and minibus developer was a familiar name in Europe at its time. You might be interested to know that, initially, Ligier started off as producing only sports cars for Formula 1 races, with the brand even competing with its own team in racing events.

Ligier Automotive has plenty of achievements under its belt, but it’s its logo that we’re interested in today – which displays a two-flag design.

Two crossed flags were chosen, a checkered race-inspired on the left complementing the National French flag on the opposite side – simple, elegant, and fairly easy to understand the meaning of.

The logotype – the name of the company – shows off a bold and blue lettering, which is enough to make anyone come in for a closer look.

As you might expect Spania GTA is a European automotive brand from.. Spain, of course. Established in 1978 by Domingo Ochoa, the company immediately got involved in the world of motorsport, entering multiple events and even winning several championships over the years.

Following 40 years in world-class motorsport, Spania GTA decided to take it even further and build their very own hypercar. Showing off state of the art technologies, elegance and exclusivity, the GTA Spano put the brand on the world map for fans and enthusiasts of artisan sports cars.

As some of you may have anticipated, an animal figure was chosen as the GTA symbol, to inspire and make it obvious that this brand’s four wheel masterpieces were designed to dominate the roads and put fear in all other sports car manufacturers.

The wolf, a symbol of strength and courage – as well as the coat of arms of the company’s founder – comes complemented by a red and white checkered flag, reminding everyone of the team’s motorsport heritage.

Mastretta Cars, or simply Mastretta, is a Mexican car maker and design studio. Founded back in 1987 by industrial designer Daniel Mastretta and based in Mexico City, this company had one goal: to design and develop the founder’s dream car.

But during the 1990s, Mastretta focused on microbus design, engineering and manufacture, as well as that of urban buses. These efforts were met with success and led the company to the development of a small number of kit cars under the brands Tecnoidea and Unediseño, based upon Volkswagen vehicles.

Hand-made units were exported to Germany, and other countries – albeit, in small numbers – where collectors were interested in kit-cars, with the company later manufacturing MXB model, an upgraded and somewhat redesigned version of earlier creations.

By 2010, the Mastretta was being developed and its introduction gained the company world-deserved reputation and international commercial availability. One thing’s for sure: this is the most famous automaker in the country.

The company symbolism was inspired by the colors of the National Flag of Mexico, with the bottom part of the badge including a diagonally oriented checkered black and white flag, that hints towards performance-oriented machines and a winning team.

Officine Specializzate Costruzione Automobili – Fratelli Maserati S.p.A. – O.S.C.A seems easier to pronounce – was an Italian manufacturer of performance-oriented machines. Founded in 1947 by the Maserati brothers and based in San Lazzaro di Savena, Bologna, this company’s aim was to develop an automobile to compete in the 1100 cc racing class.

O.S.C.A. did manage to earn its place in automotive history, although it was defunct by 1967. In the meantime, the brand designed and developed various vehicles – one more interesting than the other – most of which were meant to achieve performance, reach impressive top speeds and win racing events.

Most O.S.C.A. vehicles were barchettas, but a few luxurious berlinetta bodies made it through, one of which was entered at the 1953 24 Hours of Le Mans race. One year later, at 12 Hours of Sebring, Stirling Moss and Bill Lloyd won while driving an O.S.C.A. MT4.

The 1954 Osca MT4 Simpson Special 1500cc Streamliner is the most famous vehicle to leave its factory. It achieved such high praise and glory due to the fact that it managed to brake 18 world records at Bonneville, in 1955, while reaching an average of 261 Km/h over 10 Km.

The Italian company’s logo displayed an elegant and traditional circular badge, with blue and gray coloring, while a flag was put right in the middle.

The Royal Blue and red flag includes white details, which transformed into silver reflections once placed on the bodywork.

The badge’s symbolism was meant to inspire confidence and convey that this auto manufacturer is all about high-quality vehicles.

Flags have always been and will remain an important symbol for our civilization, regardless of the era. They’ve inspired people to become heroes and countries to survive horrible events and periods, leading people to an overwhelming sense of nationality and pride.

The same goes for the automotive industry, where car manufacturers aimed to prove their worth and make their nation’s heritage known world-wide.

If you know any other automotive companies whose logos include a flag, in one form or another, that we might have missed, feel free to let us know.