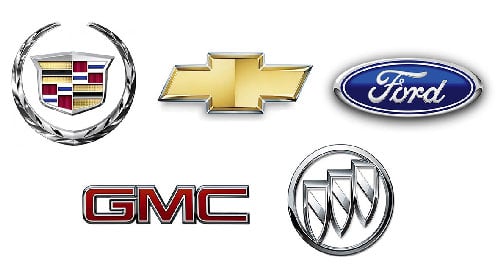 American cars have had a long and rich tradition both in the United States and throughout the world. Famous for their muscle vehicles, but also for the classic ones, the American made cars list boasts on 3 companies and at least 9 important companies that have made history over the years. There were roughly 1800 American car brands between 1896 to 1930 but just few were able to survive the tough competitive market. Hence just a handful of auto manufacturers opened after that period in America, that are still well known today.

The major US automobile manufacturers include General Motors, Ford and Chrysler. All these three companies have been known for creating both affordable and luxury vehicles. Below we have mentioned all American car companies to date.

Most Popular Car Companies Of America

With a history of more than 100 years, GM is definitely one of the key players of the industry, with a global reach and a significant influence for all auto manufacturers worldwide. Mostly known for its classic Buick and the affordable Chevrolets, General Motors has also made itself famous for the powerful muscle car Camaro and the lean Corvette. Overall 2013 sales place General Motors third in the world’s top automakers.

The overly popular automaker is originally from Detroit and was set in 1910, when Swiss race driver Louis Chevrolet joined forces with former GM director William Durant to create what was to be one of the American dream cars.

With over 30 models in production and 27 discontinued ones, Chevrolet contributed massively to the auto manufacturer’s huge $38.43 billion revenue during the first quarter of 2014.

One of the luxurious makes, Cadillac is definitely one of the most widely-known. With fewer models in production than its fellow brand Chevrolet, Cadillac has seen a 1.2% slip in sales in 2014.

With European competitors such as Mercedes or Audi challenging the US market, Cadillac has decided not only to grow its sales in Asia, but also to start manufacturing their vehicles in China. However, it has refreshed it’s versions with better looks and performance, such as the 2015 Cadillac Escalade which may boost the numbers.

Buick mostly remains known for its luxurious models. The 2013 Encore, highly praised for its looks, is marking the beginning of the economic SUV era.

GMC is a divison of GM(General Motors). Famous for its affordable trucks, GMC has been placed among the top compact and crossover SUVs (the GMC Terrain).

Founded by Henry Ford in the beginning of the 20th century, this US car company was an important factor in the industrial revolution and in overall automated manufacturing processes. Commercialized vehicles range from the more accessible ones, sold under the typical Ford brand, to luxurious Lincoln. Ford is one of the best in the American auto manufacturers proving itself over time.

The company has manufacturing plants all over the world and has known a flaunting success in recent years.

This US automaker covers a wide range of vehicles: sedans, crossovers, SUVs, trucks, vans and has even got into hybrid models. They remain one of the most significant companies in the US, with tiny Focus being nominated as the world’s best-sold small vehicle in 2013, as it witnessed consistent sales in China and other Asian countries. In the US, however, the same model ranked fifth among the most popular small vehicles.

Ford Focus is not the only one enjoying public appreciation. It appears that Lincoln has seen a 21% boost in sales during the first months of 2014. With the MKC foreseeing sales in China, alongside the MKZ sedan, Lincoln is definitely challenging its General Motors counterpart, the Cadillac. Both of them remain predominantly destined for the US market.

Fiercely battling GM’s Camaro, the Mustang might actually manage to make it overseas in 2015. With a fresh look for the 2015 Ford Mustang that’s sportier than ever, Ford hopes shaking sales might actually stabilize. The major challenge for this legendary pony remains the same as for its all-time competitors in the muscle car league (Chevrolet Camaro and Dodge Challenger): maintaining sales at a decent level. With the upcoming generations, manifesting little to no interest in what these vehicles have to offer, the effort may have to be significant.

The third part of the triad, Chrysler remains one of the best auto production companies in the US by definition, in spite of having been purchased by Fiat. With almost 100 years of history behind it, Chrysler has undergone massive transformation ever since it’s beginning. The Daimler Benz merger in 2007 and the major bankruptcy reorganization dictated by the 2009 financial crisis are two of the main events the company underwent before being purchased by Fiat S.p.A. in May 2014. The duo now functions as the Chrysler Group.

It looks like the acquisition benefited the auto giant; sales reportedly grew a big 20% in August 2014, whereas for Ford and GM things don’t look equally stunning. This may well be due to Chrysler’s massive evolution in the luxury sedan section: the 300 models rank high among the best affordable large sedans in the US.

This brand remains one of the all-time typically American made cars. Of the 11 models in production, the Charger and Challenger remain the most popular.

With an extra 13 models manufactured and abandoned ever since its beginning, Dodge only performs well in the truck department: out of all its separate models, the Ram pickup and the Dodge Caravan seem to be boosting overall sales for Chrysler.

Another one of the Chrysler surprises, the Jeep Grand Cherokee greatly contributed to Chrysler’s amazing sales in 2014. Its off-road performance places it high among the most affordable midsize SUVs in America.

Tesla Motors is an automobile manufacturer that is mainly popular for designing, manufacturing and selling electric drivetrain components and electric vehicles. It has only been a few years since the company launched its operations, but it does have the potential to reach top positions like Dodge, Chevrolet and more. Apart from electric cars and components, the company manufactures Electric Recharging Stations.

Other Active Auto Manufacturers from the US

AC Propulsion is an American automaker that specializes mainly in creating alternating current-based drivetrain systems for electric automobiles. The main focus of the company is on creating the most efficient electric vehicles. It even introduced three electric sports cars, namely Scion XB, eBox and Propulsion Tzero.

AM General is a heavy vehicle manufacturer that specializes mainly in creating military Humvees, Delivery Vans, Tri-Met Buses, Articulated Buses, Trolleybuses, and the well-popular civilian Hummer! In simple words, the company is mainly popular for its commercial vehicles. Nevertheless, with the Hummer, it was able to gain a significant amount of reputation and still continues to do so.

Ah, many might have already heard about this American automobile manufacturer. Yes, your guess is right! The DeLorean Company introduced the highly beautiful and stylish vehicle with gull-wing doors that appeared in ‘Back to the Future’ movie trilogy. The company is only remembered for this one model produced. Otherwise, now it just sells auto accessories or pre-owned models of their popular DMC-12.

Polaris is another automobile manufacturer that doesn’t specifically specialize in civilian vehicles. The company is popular most because of its ATVs, Neighborhood Electric Vehicles (NEV) and snowmobiles. In simple words, Polaris is famous for produced all-terrain vehicles. So, if you want to buy a snowmobile, then you know where to find one!

Panoz LLC is one of the few American car companies today which makes sports cars. The company specializes mainly in manufacturing roadsters that are incredibly beautiful and stylish. Apart from sports cars, the company also produces limited-production luxury models.

Zimmer is a neo-classic automaker that creates incredibly stylish retro style vehicles. It gained a lot of popularity during its early years, but soon suffered bankruptcy in 1988. After that, the company’s rights were sold to Art Zimmer in 1997 and till now it sells pre-owned neo-classic automobiles.

These are the defunct automobile manufacturers who couldn’t make it very far. But their contribution helped the American auto industry in the early days.

The American Austin Car Company initially started off with a bright future. It used to produce roadsters and jeeps that were licensed by the British Austin Motor Company. The company was only successful during its early stages and later on suffered from a bankruptcy after which it was reorganized as American Bantam. The company was unable to continue production, so within a few years it was sold off. 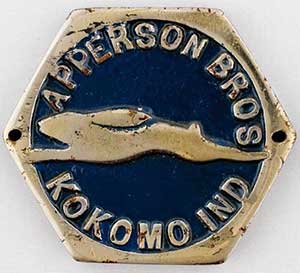 Apperson was an American automobile manufacturing company that was founded by three brothers. It was very popular during the 1910s and introduced many vehicles with flat-twin engines that were a new innovation back then. The first model introduced by the company was ‘Apperson Touring Car’ that could seat 6 passengers and was available for $6,000.

The Baker Motor Vehicle Company generally focused on creating brass era electric automobiles way back in 1899. The company introduced its first vehicle in 1903 and was even a part of the first White House fleet of cars. However, the company was unable to keep up with production and soon merged with automaker Rauch and Lang.

The Biddle Motor Car Company is another american automobile manufacturer that specialized in creating retro style vehicles. They were the first one to introduce dual side-mounted wire wheels, step plates, v-shaped radiators, and angular cycle fenders to the US. However, because of its inability to survive the tensions of mass production, the company was soon sold.

We tried to compiled the most extensive list of American car brands. Along with that, we collected information of the company names and logos of all american made car manufacturers. Hope you enjoyed, now feel free to check out the compilation of all car brands list sorted by country.