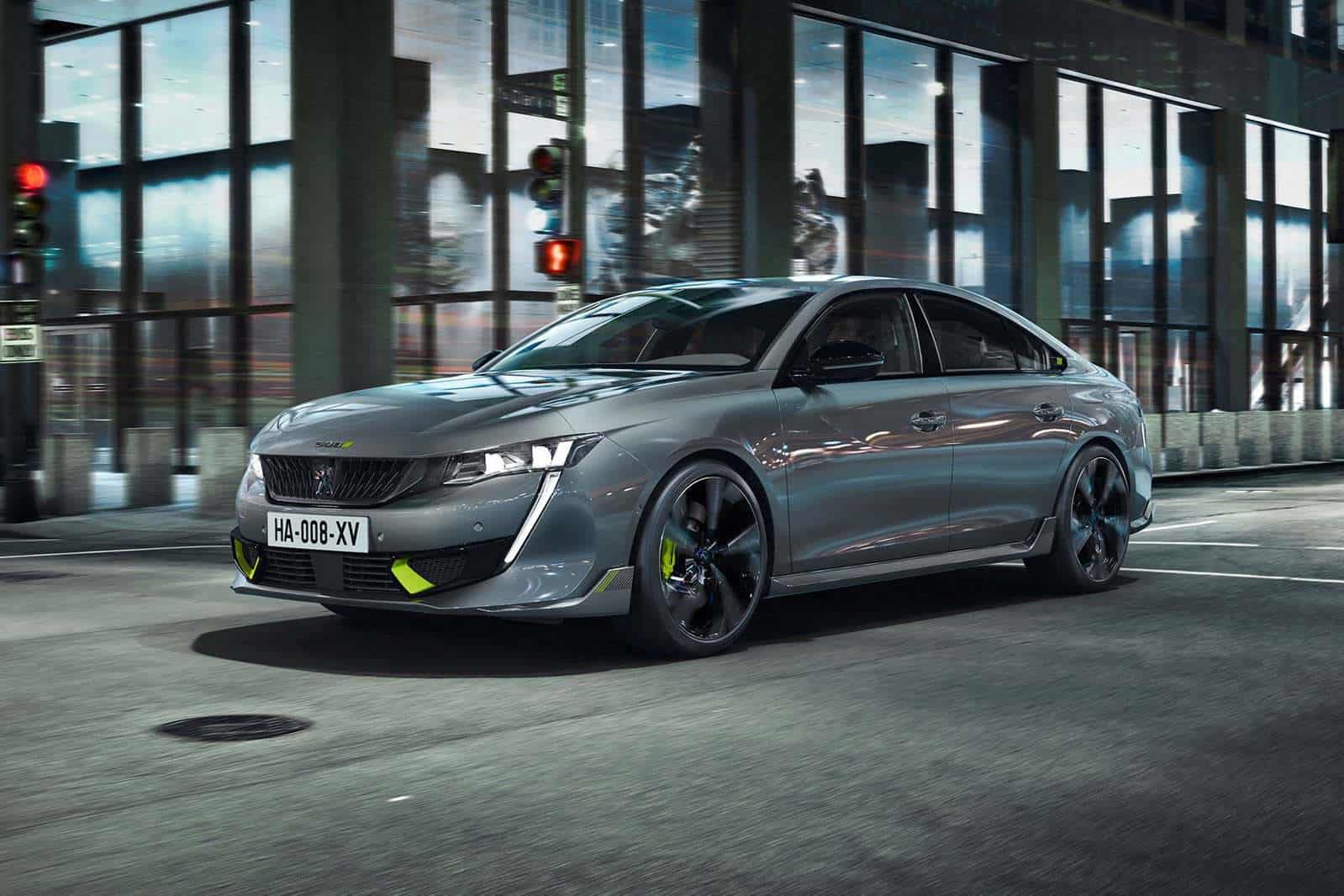 French cars are extremely popular in the European market – based on a survey about 25% vehicles driven in Europe are made in France. Although several major car companies have set manufacturing facilities in France, the traditional French car brands par excellence remain Peugeot, Citroen and Renault.

Additional car brands worthy of mention include Venturi, an exotic automobile manufacturer located in Monaco and especially Bugatti, a legendary supercar maker which was revived after it has been acquired by Volkswagen in 1998.

Alpine is another French car brand that’s famous for race and sports cars. We’ll also mention in this article other auto manufacturing companies that still exist today in France, and even the ones that no longer exist.

French car manufacturers are rated as top 10 in the world and produce about 3 million vehicles yearly.

Most Popular Car Companies from France

These top French car brands are the reason why French cars are widely known around the world. You may know most of these auto production companies.

One of the most well-known auto manufacturing companies, Peugeot has a long history in France and in Europe. Dating back to the mid-nineteenth century, the brand has evolved gradually, until becoming one of the top European automotive companies with worldwide recognition. A cornerstone of the economy of France, in conjunction with Citroen, Peugeot produces a little less than 1 million vehicles per year and hires 83 000 people.

But this auto giant of France has very well understood the constraints and the challenges of a market economy, notably in the times of an economic crisis. Which is why it has shifted some of its production sites to Russia, Latin America and China, after having already started to manufacture vehicles in the rest of Europe.

Peugeot saw the second quarter of 2014 with increased sales results: deliveries totaled approximately 725 000 vehicles globally. This is good news for the brand, that is currently beginning to know appreciation among Chinese and Russian consumers.

Its newest model, the 108, acquired critics’ appreciation, for both design and performance (of course, within the limits of an affordable vehicle). This model is now a competitor to Toyota’s Aygo and Citroen’s C1.

The other half of the Groupe PSA Peugeot Citroen is famous for its radically innovative approach to auto manufacturing, which was noticeable ever since the company became the only one to mass produce automobiles outside the US.

With an outreach as wide as that of Peugeot, Citroen has managed to boost sales considerably during the first quarter of 2014. China remains a key player, with the Citroen Dongfeng registering a 16% growth. The merger between Dongfeng and Citroen in 1992 resulted in the sales of several models on the Chinese market, among which the C2 is the most popular.

One of the top models of 2014 for auto manufacturing companies of France is the new C4 Picasso, with 127 000 units sold since its launch and the C-Elysee, with an exquisite design, specifically meant to conquer international markets.

Another powerful pillar of the French automotive industry, Renault boasts on affordable vehicles that comprise of cars and vans. Although, in the past, the French car company also produced trucks and buses, for the time being its main production sites (among which Dacia in Romania and Samsung Motors in South Korea) only focus on Clio, Megane, Captur, Koleos, Scenic and several others.

Acquisition of former auto manufacturing factories in Romania and South Korea ultimately resulted in a number of French cars marketed under national brands: Sandero, Logan, Lodgy and Duster for Romania and Renault Samsung, Scala and Talisman in South Korea. It is these cheaper models that sell particularly well in emerging countries.

Renault also considered the idea of electric cars, which eventually positioned Renault Zoe among the top British preferences, ahead of Volvo V60 plug-in and Mitsubishi Outlander. Being a rather affordable alternative, Renault conquered the appreciation of Europeans, thus driving overall electric vehicle sales in 2014.

Started by a family in Alsacia in the beginning of the twentieth century, Bugatti has had a very sinuous history, before being recently acquired by Volkswagen. At the moment, the only models manufactured under this label include the famous Bugatti Veyron, Grand Sport and the Super Sport.

Other models from this luxurious sports brand include “Jean Bugatti”, “Meo Constantini”, “Rembrandt Bugatti”, “Black Bess” or “Ettore Bugatti”, all of them manufactured in limited edition, in homage to important people in the history of the this company.

The plethora of French automakers would not be complete without mentioning this sporty brand, founded in the late fifties. Alpine is known for building race and sports cars and achieved universal recognition by producing vehicles right after the Second World War. Another reason for its popularity was the association with Renault, which produced the engines for Alpine, before actually acquiring it in the seventies.

After the acquisition, names were changed from “Alpine” to “Renault Alpine”.

One of the rather posh French car brands, Venturi is well-known for the luxury electric vehicles it sells. Unlike its other counterparts, Renault and Peugeot, this brand is a recent one – it was founded in the early eighties. Wishing to make a pledge out of delivering exclusively electric vehicles, Venturi designed two famous models that attracted worldwide attention: the Fetish and Eclectic.

The latter acquired media attention due to its rather awkward shape and to being the world’s first solar-electric vehicle. The Fetish, an entirely electric sports car, takes pride in a full 340 km range and a maximum of 110 miles per hour. Prices are a bit sharp – a mere $400 000, as this model is only manufactured in 5 items per year.

Other Active Auto Manufacturers Of France

These are some other automakers from France that still exist today, which are worth mentioning.

Headquartered in Aix-les-Bains, Aixam-Mega is a automobile manufacturer from France that specializes in producing microcars and compact vehicles. The company was founded in 1983 following the acquisition of the microcar manufacturer Arola and introduced its first vehicle in 1984, known as the 325D.

Ever since then, Aixam has become one of the most popular microcar manufacturers in France and has made several appearances in the British International Motor Show.

Founded in 1970, De La Chapelle, as the name implies, is an automaker based in France. The company was established by Xavier De La Chapelle and started as a Bugatti replica automobile manufacturer. The company introduced many beautiful variants of Bugatti’s early models, but in 1998, decided to create their own line of roadsters.

Now, the company is one of the best manufacturers of grand tourers and roadsters and continues to grow, introducing its range of sport vehicles.

Headquartered in Abrest, Ligier is an auto production company from France that was founded by the former rugby player and racing driver Guy Ligier. The company specializes in manufacturing passenger and sports vehicles and introduced its first vehicle in 1971, which was the Ligier JS2, powered by a mid-engine Ford V6. After introducing the JS2, the company moved on to manufacturing microcars, such as the Ligier X-Too and Ambra CLS, both of which gained a lot of popularity during the late 90s.

Founded in 1987, Microcar is a French automobile manufacturer which as the name suggests specializes in microcars. The company generally started off as a sailboat manufacturer, but moved on to producing vehicles in 2000. It merged as one of the top microcar manufacturers in France and the largest maker of quadricycles. As of 2008, the company was taken over by Ligier Automobiles, but even then, both brands have managed to retain their separate identities and production facilities.

Founded way back in 1891, Panhard is an automobile manufacturer based in France that mainly specializes in producing military and light tactical vehicles. The company was formed following the acquisition of the renowned company Auverland. During its early stages, Panhard used to be a manufacturer of civilian vehicles, some of the most popular being the Levassor Dynamic, Panhard HBR, DB LE Mans, and Panhard 24. However, after being assigned a deal, the company now specifically manufactures military vehicles, such as the Panhard 178, 75, and 60-7.

PGO is a private-owned car manufacturer in France that produces sports cars. The company operates in the same market as Morgan, Donkervoort, Wiesmann, and Lotus, and all of their creations are considered perfect for connoisseurs seeking style and individuality. It started off by producing replicas of the famous Speedster II, but then moved on to producing its own range of two-seater retro-style sports cars. As of 2005, the company was bought by Al Sayer International, under which the famous ‘Hemera’ was introduced in 2008.

These are the auto manufacturing companies from France, that stopped production after some time. But in there days, they contributed well to the auto industry.

Based in Lyon-Corbas, Arola SARL, as you can see in the picture above was a manufacturer of microcars. The vehicles produced by this company could be driven without a license, due to their easy-to-understand driving operations. However, due to the inability to meet production deadlines, the company was forced to cease production and then it became a part of what is known today as Aixam-Mega, in 1983.

Ballot was a car manufacturer in France that started off by producing industrial and marine engines, but then in 1919 began manufacturing automobiles. The company specialized in producing passenger vehicles and was a huge sporting success during the late 20s, having introduced the famous 2LTS Cabriolet. However, in 1931 the company was taken over by Hispano-Suiza, after which it came to an end in 1932.

Chenard-Walcker, also popularly known as ‘Chenard and Walcker’, was a commercial vehicle manufacturer based in Gennevilliers, France. The company first specialized in producing bicycles and tricycles, but then worked its way into the automotive industry. It had gained a lot of popularity during its early stages and introduced many reliable and powerful vehicles, but due to insufficient capital, it had to increase its prices. Many people shifted their attention to more reasonably-priced vehicles and as a result, the company went bankrupt in 1936, eventually coming to an end in 1946.

We hope you liked our collection of all French car brands, and enjoyed the list and logos of top French automakers. Check out more of the compilation of car brands.