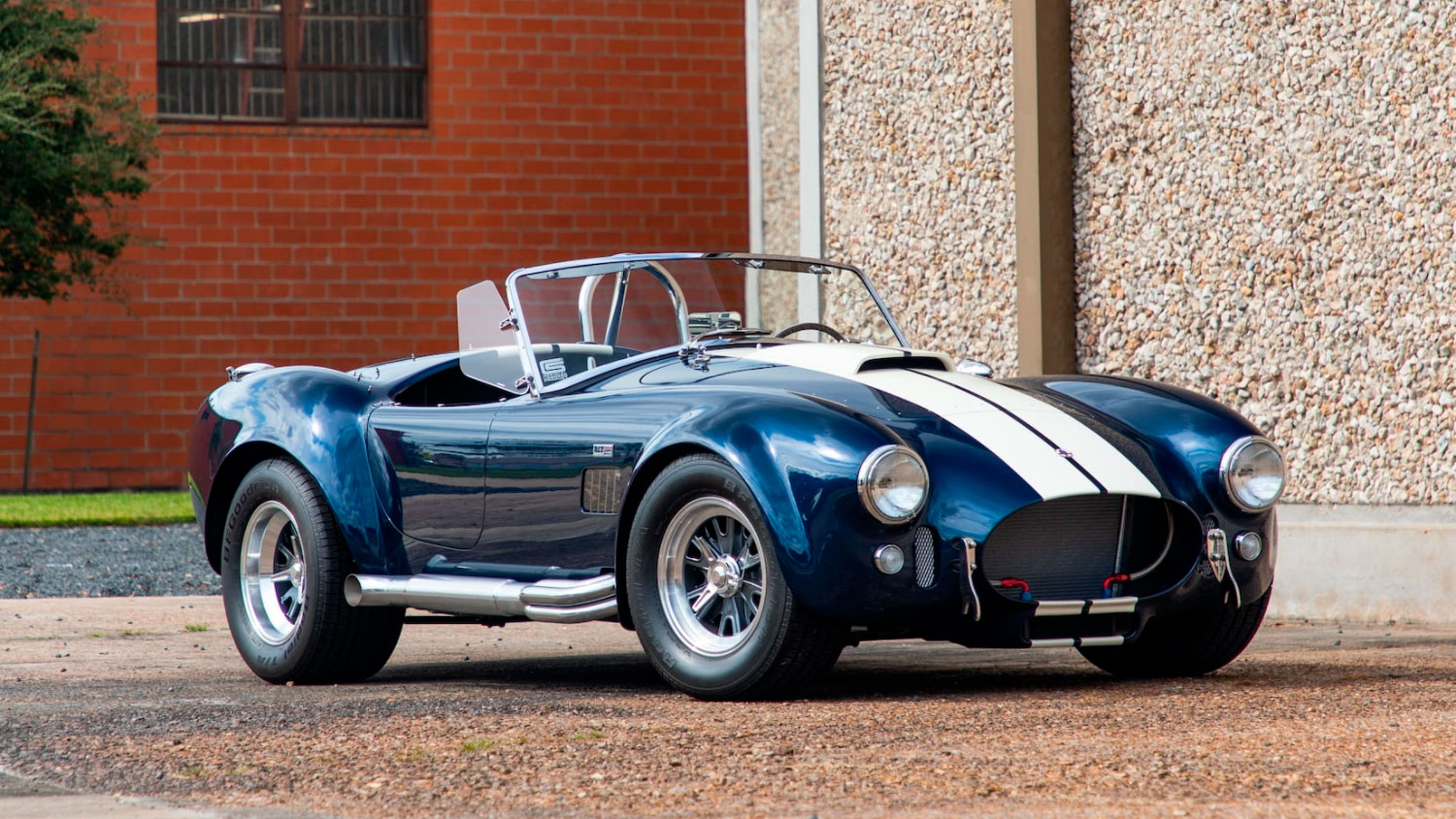 The serpent is one of the oldest mythological symbols, with its name derived from the Latin “serpens”, a crawling animal or simply a snake. Now, depending on where you’re from or your culture, snakes have either a positive or negative impact on your state of mind or your overall vibe of the day when you see one.

Snakes have been associated with some of the oldest rituals in human civilization, and for most people, these slithery beasts symbolize something evil, a sign of death, or the presence of the devil. But for some people it’s completely the opposite.

Before we go and run off into the woods or simply start a longtime debate about religion, Christianity or other beliefs, let’s just clear the air: the symbol of the snake carries more meaning for many different cultures and what you choose to believe is your own business. We will stray away from opinions or judgement of our own and we’ll focus more on car logos with snakes, but first, let’s talk a bit about..

Snakes, as they slither across the ground, have been always associated with the earth. Since they shed their skin, they also symbolize transformation and rebirth, and they’re even identified as the symbol of regeneration and immortality.

Some may have had bad experiences or simply watched documentaries that let us know that snakes are harmful to our health, as they spew venom, bite people, and more.

Celtic people thought that snakes represent the idea of the creation process. Ancient Egyptians thought of the cobra as a protector – Uraeus – or a sign of supreme power. So, what are the most common meanings of the serpent?

The snake is ever-changing, growing, transforming and the fact that iconic car brands and automotive companies have chosen to feature it on their logo or emblem seems to fit the bill. In a forever evolving and dynamic world as the automotive industry, transformations and redesigns are something of a daily happenstance.

Sometimes it may have something to do with the region where the automaker was established, other times it’s about a powerful symbol or meaning. Regardless of motivation, we will be taking a closer look at the snake-inspired car logos that were meant to convey creativity, adaptability, transformation or even immortality.

Ford Mustang Shelby, Alfa Romeo and other automotive icons feature snakes within their logos in an effort to attract attention, gain popularity and possibly earn them a place among the gods. Some companies simply aim to prove they mean business and that they’re cars are thrilling and fun to be around or behind the steering wheel. Let’s kick off this list with:

One of the European greats, and one of the most popular Italian carmakers, Alfa Romeo was actually founded by a Frenchman named Alexandre Darracq. The Italian car manufacturer has been known to develop one or two sporty vehicles, and has been doing so since it got involved in car racing, way back in 1911.

Established in Milan, the company’s current line-up has something for everyone, from small city cars to grand tourers.

The initial name of the company was slightly different – Alfa Milano – the first letter of the Greek alphabet, indicating leadership, while the second word needs no explanation. However, the name was changed to honor Nicola Romeo, the man who bought the company in 1915.

Even though there were several modern redesigns, the essence of Alfa Romeo’s badge has remained unchanged. As you may remember, or might have guessed, the Italians famously use a snake on their logo.

The elements on display were inspired by Milan, this carmaker’s home, as well as other Milanese symbols. For instance, the aforementioned serpent was taken from the coat of arms of the Visconti family, a dynasty known in the region, and it is depicted eating a man alive.

The snake features a thick, green mass, as well as a long mouth with the man inside – please note the minimalist crown above the serpent.

According to an accepted theory, the man being devoured is a Saracen or Moor defeated in the Christian Crusades. We don’t see how that’s acceptable, which is why we prefer to stray away from the subject.

It might be worth mentioning that on the right side of the emblem we see the snake, while the left one comprises a tall, red cross reminiscent of the flag of Milan.

The original name of the company was Auto Carriers Ltd. or AC Cars, established as a British automaker and one of the oldest on the island.

The European specialist automobile manufacturer was founded in 1901 and became popular thanks to their grand tourer, tourer and sports cars. However, none of their models has ever reached the level of fame as the iconic AC Cobra has attained over the years.

Following an unusual and unexpected collaboration, the AC Cobra came to be. Manufactured during the 1960s, and known as the Shelby Cobra in the US, this vehicle featured a Ford V8 motor and had Shelby specialists carefully fiddling around the engine and giving the final word before each unit left for its owner.

That’s how this car ended up becoming the most famous cars in history. The AC Cobra was also one of the few cars in the world that featured a cobra on its logo, with the models featuring their very own logo that differentiates them from other vehicles designed and developed by the company.

The snake emblem features a red ring, inside which the name of the brand – Cobra – was written in silver letters in a regular sans-serif font. You will also notice white, red, and blue coloring, as well as a shade of metallic.

The white background allows you to emphasize the expressiveness of the snake, while the blue serpent features red elements sits in the middle of the logo. At the same time, the snake’s red mouth is wide-open and its 4 white fangs are all set to take you down.

Dodge Viper is a name that will be forever associated with American-made power, extreme performance, an incredible engine sound and a fierce-looking vehicle designed to give credit where credit was due. The famous sports car produced by Dodge looked as menacing as it sounded, with the Viper displaying an equally impressive logo.

The Dodge Viper instantly became one of the most famous and recognizable sports cars in the world. If we analyze the emblem, its shape resembles a coat of arms comprising the head of a snake with an open mouth. Does that seem threatening to you? It should.

Manufactured by Dodge and going through several redesigns and even more extreme SRT versions, the company has also made minor changes to the logo across time. Powerful and potentially scary, this emblem seems to hint towards a very capable and potentially indestructible vehicle.

The Viper has displayed not one, two but three different car logos over the years. The Sneaky Pete badge was introduced with the 1992 Dodge Viper RT/10. In 2002, the Fangs with the head-on striking snake was redesigned to reveal a more aggressive attitude. In 2012, the 2013 SRT Viper introduced the new Stryker logo.

A livelier snake was now facing to the left from the top, matching the overall outrageous vibe of the vehicle. The black theme comes complemented by subtle and carefully considered grey details.

Talking about this car is easy, but it’s also impossible to stop. An icon in its own time as well as a few decades later, the Shelby Mustang was developed as a high-performance variant of the Ford Mustang.

The brainchild of Carroll Shelby, this nameplate will forever make any petrol head or car enthusiasts daydream about hearing that engine roar, from behind the steering wheel. The 1965–1966 cars were the smallest and lightest of the GT 350 models – also referred to as Cobras.

The two-seater sports cars were popular with customers and may very well be one of the most sought after muscle cars ever built. Similar to the AC version, this Shelby had a logo inspired by the Cobra emblem and a similar paint scheme, with a few minor differences.

Generally, the logo is placed on the front grille, with the serpent meant to symbolize royalty, gracefulness and speed. But let’s not forget that the Shelby Mustang is still manufactured today. The current logo is very different from the original design, but the concept and meaning still stand.

Based in Dubai, this UAE car company is focused on delivering high-performance vehicles. Zarooq Motors is the first to manufacture the chassis, the car body and complete the assembly process of a production series automobile in the United Arab Emirates.

These cars, which company officials consider supercars designed for the desert, show off unique body aesthetics as well as state of the art technologies that make t hem equally suitable to take care of errands or tackle the nearby desert.

Did you know that the brand’s name has been inspired by the fastest snake in Arabia? Established in 2016 the name of this company honors a type of snake native to the deserts of this country, which is why it has chosen to place the snake on their logo.

A shield-like shape with a silver frame encompasses a snake head, with some curves carefully added to reveal the snake’s body. Due to the black background, there aren’t many details to talk about although small fangs protruding from the mouth of the serpent, which allows Zarooq cars to make a bold statement.

Furthermore, the logo is instantly recognizable because the brand’s vehicles usually arrive in bright colors, thus attracting attention to that black spot on the bodywork.

Why this fascination for snakes and their mythological powers? Is it because we feel seduced by these serpents, or we simply need them to take the blame for most of our mistakes, throughout our civilizations?

Is it about immortality, evolution or their healing capabilities? To be honest, the most obvious link to the automotive world is our need to feel and experience power and shivers – power coming out of a tuned-up engine or the natural fear and instinctual power that a snake delivers with no effort whatsoever.

Any way you see it, it would seem that the menacing attributes of the snake seems to fit some car brands or specific models perfectly. What do you think about the latest Shelby Mustangs or the newest Alfa Romeo sports cars we’ve seen in recent years? Their sound, performances and overall design were always meant to call upon the predator instincts of the snake.

If you were to find out more about automotive companies that feature a snake on their logo or emblem, please let us know in the comments section below.