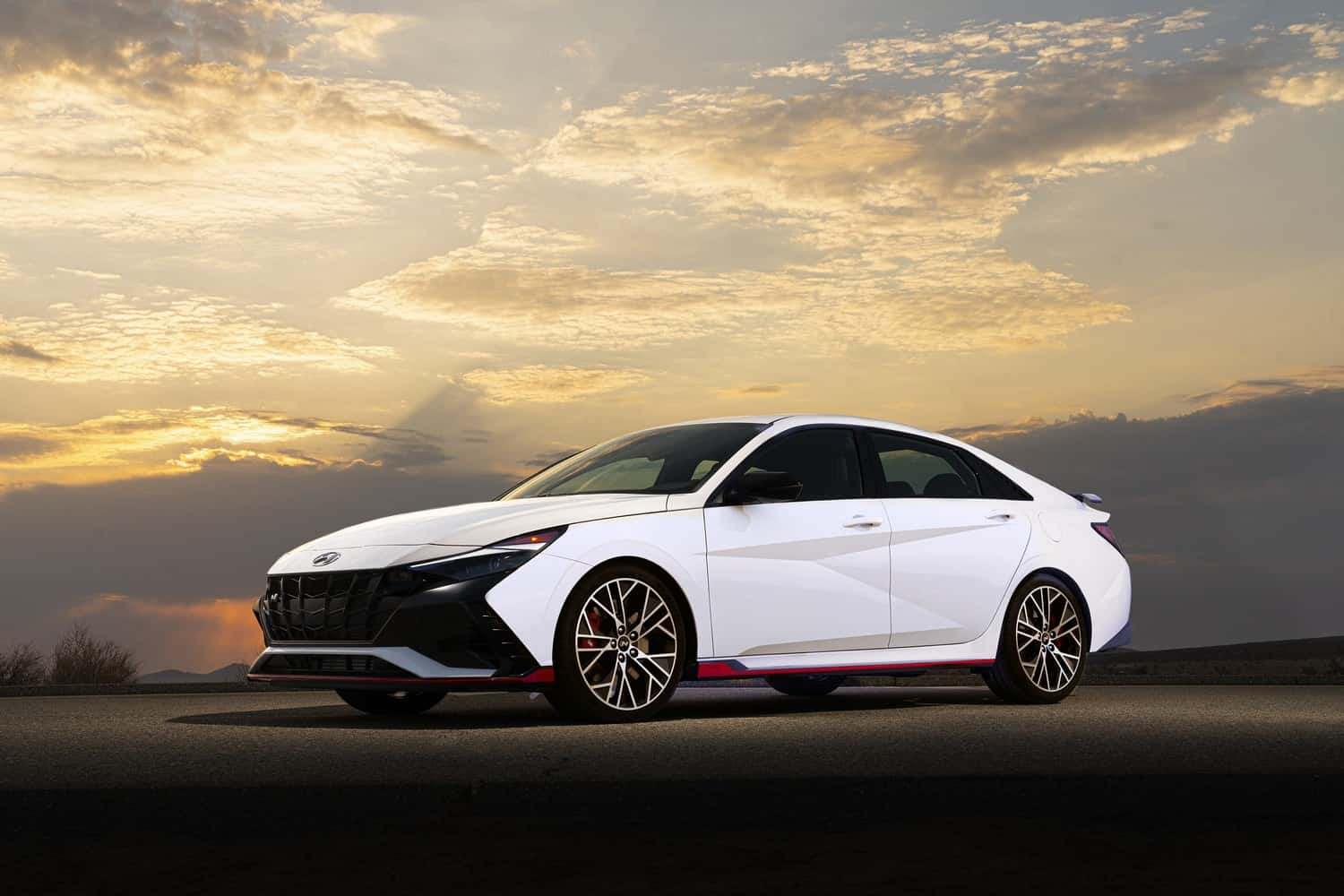 When it comes to the Korean cars, there’s a big difference between the North and the South automotive industry. While North Korean motor vehicles focus on serving military, industrial and construction objectives, presenting little car ownership.

The Korean car brands list in South Korea produces a considerable number of vehicles both for export and personal usage, which makes it the fifth largest car manufacturer in the world.

It’s hard to believe that two neighboring countries, with the same historic heritage, can have such different standards in what concerns economy, education and life in general.

But the truth is South Korea is one of the world’s highly developed countries, that manages to achieve international production standards, whereas North Korea remains highly anchored in its past. Here’s how things look like for both countries, in terms of cars.

South Korean car manufacturers are known for building car models that can easily compete with European and American ones. Korean car companies are famous for creating beautiful designs and for using exceptional technologies, which is why they are defined by quality.

Hyundai was founded in 1946 in Seoul, Korea. It is definitely the most popular brand of all Korean-made cars. The name can be translated into “Modern era”, which explains the company’s passion for progress and innovation. At that moment, Hyundai Group led the market by building electronics, oil rigs and massive infrastructure projects.

The Hyundai Motor Company was founded in 1967. When it comes to production, this Korean car company boasts on an annual capacity of one million and a half cars. In 2013, the company won the distinction of 4th largest car manufacturing company in the world, dethroning giants Nissan, Honda and even Ford.

Now Hyundai is part of the Hyundai Kia Automotive Group. One of their main goals remains being innovative and of high quality, so that people can drive affordable vehicles that last.

Kia Motors Corporation, part of Hyundai-Kia automotive Group, is Korea’s oldest manufacturer of motor vehicles. Founded in May 1944, Kia has an amazing history that makes it the world’s fifth largest vehicle manufacturer. Today, Kia produces more than 1.4 million vehicles a year. Kia has a network of more than 3,000 distributors and dealers that sell its vehicles in 172 countries and an annual revenue of more than US$17 billion.

Kia’s production plans follow a certain set of rules, based on great designs and accessibility. The main aim of the company is to build automobiles that satisfy customers’ needs. That’s why some of its models are extremely accessible (Kia Rio LX sedan – $14,700). To keep in touch with ongoing trends in the automotive industry, Kia decided to invest in new headquarters in Europe and USA.

Daewoo was founded in 1937 in Bupyeong-gu, Incheon, South Korea. The company suffered a few changes over the years: it changed its name to Saenara Motor in 1962; in 1965 it was bought by Shinjin Industrial; later on, it worked with Toyota and it was renamed Shinjin Motor.

By starting a collaboration with General Motors, the company gained control and it expanded throughout the whole world. The company’s production copied General Motor’s designs, but only until 1996, when the Asian crisis started and  financial problems appeared. In 2001, GM decided to buy Daewoo Motor, which became part of their group. Now they’ve filed for bankruptcy and the future of the company remains uncertain.

One of South Korea’s largest automobile manufacturers, SsangYong dates back to the second half of the twentieth century. In its early beginnings, the company was mainly into building jeeps, trucks and buses which were eventually shipped to the USA.

Nowadays, the model palette only includes SUVs and luxury cars: the Rexton, the Korando, the Kyron and the Actyon.

The SM5 model was the first manufactured automobile that proved to be a success. It was followed by other vehicles, including the SM3 in 2002, the SM7 in 2004 and the crossover QM5 in 2007.

Other Active Auto Manufacturers from Korea

Headquartered in South Korea, CT&T is surprisingly one of the world’s largest automotive producer of battery powered electric vehicles. It was founded in 2002 and has introduced many popular electric vehicles, including the best eZone Medium Speed Vehicle, the cZone low-speed vehicle, the Police EV, and the eVAN. CT&T is perhaps the only electric vehicle manufacturer that passes the international crash test for passenger vehicles in this category.

Not to mention, the company has a regional assembly and sales system in the US. Therefore, there are good chances the company may start assembling vehicles soon in the US in small factories. As of 2010, the company owner announced they will be building a plant on the Oahu Island, so that they can increase production rates to up to 10,000 vehicles per year.

Proto Motors is an automobile manufacturer from Korea that primarily specializes in producing buses, electric cars, and sports cars. The company has partnerships with GM Daewoo, Kia Motors, and Hyundai Motor Company and is one of the best manufacturers of electric cars after CT&T United. Presently, the company has introduced the Spirra, which is a convertible electric car. In 2001, the company made its own custom-made convertible limousine for the South Korean presidential residence, the Cheongwadae.

The Zyle Daewoo Bus Corporation, as the name implies, is an automobile manufacturer from Korea that mainly specializes in producing buses. The company was first known as Shinjin Motors, then General Motors Korea, then Daewoo Heavy Industry, and the Daewoo Motor Company. However, in 2002, the Daewoo Company created its own division of buses, which thus became to be known as Daewoo Bus Corporation.

The company primarily produces public transportation vehicles and has numerous subsidiaries and partners with Master Transportation Bus Manufacturing, Shanghai Wanxiang Daewoo Bus, and Guilin Daewoo. As of 2013, the company has introduced a whole new range of commercial vehicles, including the famous FX series, 1724 urban bus, 1731 suburban bus, and the Lestar.

Asia Motor Industries was a popular automaker from Korea that produced both commercial and passenger vehicles. The company first operated as a subsidiary of Kia Motors and introduced many cars, jeeps, SUVs, small and medium-sized buses, large buses, and trucks.

In 1973, the Government of Korea launched a project to promote the production of fuel-efficient and budget-friendly vehicles. However, Asia Motors was unable to satisfy the plan’s conditions and went into huge loss, after which it was purchased by the renowned Kia Motors. Hyundai, in turn, purchased Kia later on, and the Asia Motors brand finally came to an end in 1999.

North Korea has the capacity to produce 40,000 to 50,000 vehicles a year. However, due to the harsh economic conditions, North Korea only produces a few thousand vehicles a year. North Korea’s first car designs were copies of Soviet models, including GAZ-51 midi-truck, GAZ 69 off-road four-wheel drive and GAZ-M20 Pobeda passenger car. Later on, it started making copies of foreign vehicles, getting to reproducing Mercedes Benz and some Jeep models.

The most renown North Korean car manufacturers are famous for the durable vehicles they produce – especially technological ones, but also for some small and luxury cars:

Pyeonghwa Motors, known as ‘Peace Motors’ in Korea, is a joint venture between the Ryonbong General Corp and Pyonghwa Motors in Seoul. The company operates under the license of Brilliance China Auto and Fiat and specializes in manufacturing small and compact cars, SUVs and reliable pickup trucks.

The company also has exclusive rights to purchase, sell, and produce cars in North Korea and has the capacity of producing almost 10,000 vehicles per years. However, since the North Korean market for cars is small, the output of Pyeonghwa Motors is limited to 300 or 400 vehicles per years. Nevertheless, the company plays an important role in the automotive industry of South and North Korea and has the potential to expand its operations into foreign countries.

Hopefully you found the information you were looking for the Korean car manufacturers list. We tried to provide companies names and logos of all Korean cars cars but if we missed any important ones, let us know in the comments section. Meanwhile, you can check out the compilation of all car brands from all countries.