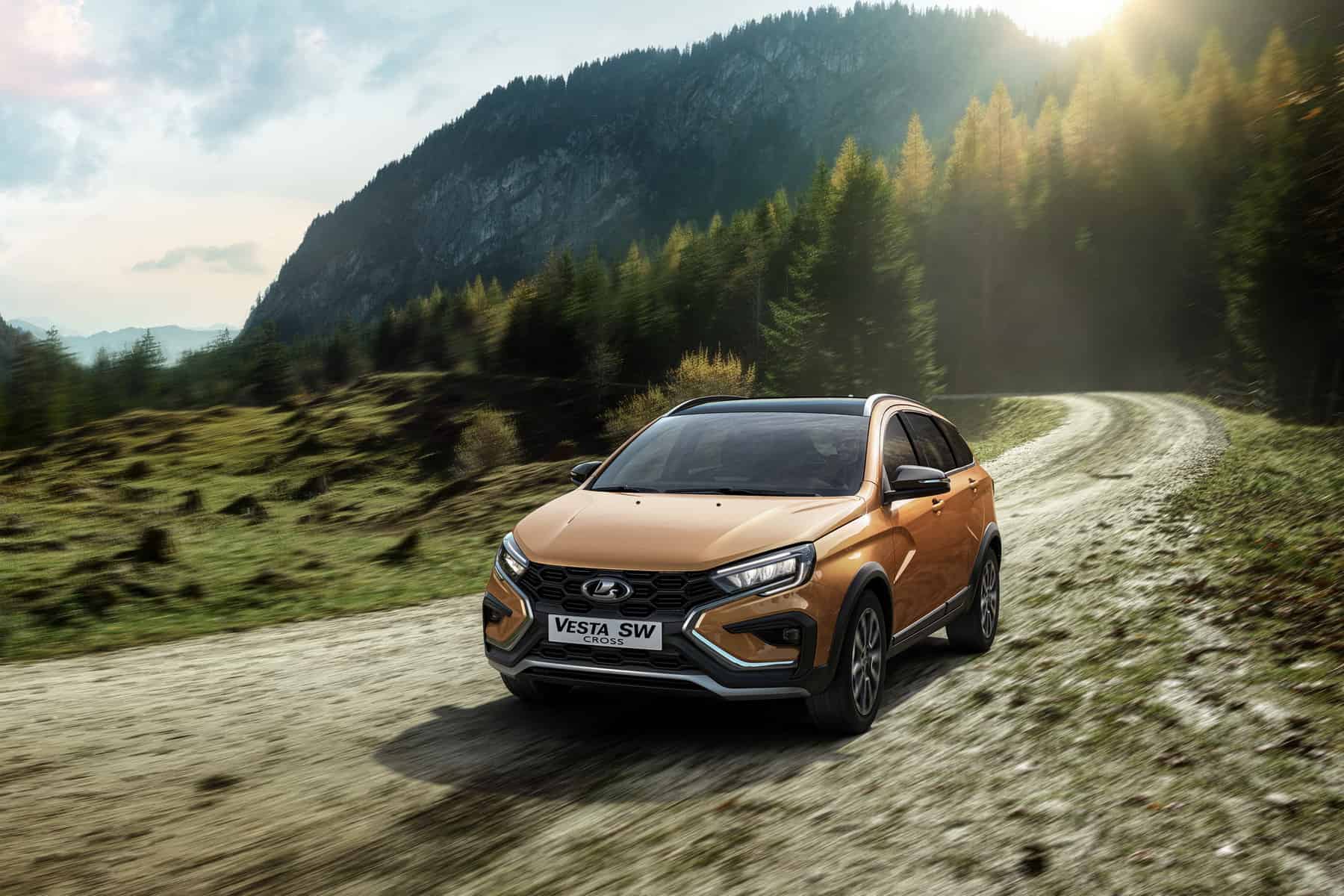 Although Russian car brands are not as popular as European, Asian or American cars, they still represent an important player in the global auto industry. Their importance was immense during the communist era, in which cars were exported to all countries of the Soviet bloc.

If, for the moment, their notoriety and geographic coverage is reduced, this isn’t to mean that Russian cars aren’t still worthy of mention. In 2010, Russia was the world’s 15th greatest car manufacturer.

These are all the auto manufacturers that originated in Russia.

We think it is important to pin down the main Russian car brands that have made the postcards and the TV shows of 3-4 decades ago. Some of these are still widely used.

One of the automotive players that are still manufacturing vehicles, Lada used to be a car giant exporting products to all parts of the world, including Western Europe. One of the brands that have embraced western design ever since its beginnings, Lada boasts on a prestige that not many other European car brands own. It’s a true fact: Ladas are no Mercedes, BMW or even Fiat. But their main quality doesn’t reside in exquisite design or impressive performance. Lada is a car that simply gets you from one place to another, by offering basic comfort and maneuverability.

Not many car manufacturers worldwide can claim that they continue to sell their vehicles in the same formats they were released, 40 years priorly. AvtoVAZ is one of them, with over 20 million approximately identical cars sold until 2012 (the year in which production ceased).

The most common model, the 2105 Classic, was based on the 1966 Fiat 124 sedan and was most appreciated for its affordable price, its reliability, and the unpretentious mechanics (let’s face it: if you’ve grown in a communist country, you must have seen at least one male Lada owner lying underneath their car, fixing it).

Part of the Fiat group from the very beginning, Lada is now a member of the Renault – Nissan alliance. Newer models (Kalina, Priora, and Granta) are being manufactured at the moment and are becoming more and more popular among Russian buyers.

A product of the alliance between Ford and USSR in 1932, Volga was meant to supply the demand for luxury cars that were little by little emerging in Western Europe. The Volga model was started in 1956 and was a successor to the previous GAZ-M20 Poebda.

Although very far from what German or French brands managed to achieve in terms of luxury, the vehicles built by the GAZ – Gorkovsky Avtomobilny Zavod – were a brief reminder of Ford’s defined, sleek design outlines. Being perceived as highly different from the more rudimentary Lada, the Volga became a trademark of wealth, being only purchased by doctors, lawyers , nd political representatives.

Up until today, several series of Volga vehicles were manufactured, the latest ones being used as cabs and police cars. Production stopped in 2007, which makes Volga now one of the desirable vintage car models in the world. President Putin is known to be one of the avid fans of this brand.

Mother Russia had her own luxury limousines. These weren’t very famous outside of the Soviet Union but, nonetheless, they were notorious for their association with government officials. Many of them were seen being driven in these cars, that massively contrasted to the overall enclosed perception of the Russian regime.

The most famous model of the Zavod Imeni Likhachova was the Zil-115, an armoured vehicle used for transporting dignitaries during their official trips. Joseph Stalin was one of the personalities associated with this particular Russian car brand.

Another one of the popular Russian models, the Moskvich is characteristic of the traditional Russian spirit. A rather dull vehicle, its several models (including the 408, 412 and the newer 2142) knew reconnaissance and appreciation nation-wide. With some people claiming that this is the Russian car by definition, and not the Lada, Moskvich is definitely worth of a closer look.

The history of this particular car brand is far from ordinary. Production was initiated in 1949, with 24000 vehicles, to be further on ceased in favour of military vehicle manufacturing, during the Second World War. Immediately after the war, Russia acquired an entire production line from Opel, in Brandenburg. This is actually when the first Moskvich model was born – the 400 – based on the German Opel Kadett.

The brand knew glorious days in the seventies and in the eighties, as the Soviet Union was strengthening its economy, only to reach bankruptcy in 2002 and dissolution in 2006. Some of the production plants were acquired by Renault in 2008, which meant that some of the Renault models (the Logan) were being assembled there. Since 2009, the brand is owned by giant car brand Volkswagen.

Gorkovsky Avtomobilny Zavod, abbreviated as GAZ, is a Russian automobile company founded in 1932. The company was first named ‘Nizhny Novgorod’, but then after a year was named to Gorky and then finally GAZ.

Ulyanovsky Avtomobilny Zavod, abbreviated as UAZ, is an automobile manufacturer based in Russia that mainly specializes in producing trucks, buses, off-road vehicles, and sport utility vehicles. Additionally, the company manufactures military vehicles, the most popular being the UAZ-469.0020.

The company began manufacturing vehicles as part of the Soviet War Effort and has now transformed into one of the most renowned car manufacturers in Russia. Other popular vehicles manufactured by the company include the UAZ-31514, UAZ-31519, UAZ-3153, UAZ-3160, UAZ Bars (UAZ-3159), UAZ Simbir and UAZ Hunter.

Kamaz, short for Kamskiy Avtomobilny Zavod, is a Russian automobile company that specializes in manufacturing heavy duty trucks and other commercial vehicles. The company although was founded in 1969, began introducing its vehicles late in the 70s. It is one of the best Russian truck manufacturers and has won the Dakar Rally Racing more than thirteen times.

Therefore, Kamaz has a good reputation for producing safe, powerful, and reliable trucks. The factory is responsible for producing more than 260 trucks a day, which makes for up to 93,600 trucks per year.

The Derways Automobile Company was founded in 2003 and is one of the first private car manufacturers in Russia. The company is known for of manufacturing the most reliable, fuel-efficient and stylish vehicles and mainly specializes in producing SUVs, compact vehicles, and 2-door coupes.

It manufactures more than 100,000 vehicles per year and also has a joint venture with the China-based firms Liaoning and Lifan Group. Among some of the popular vehicles manufactured by Derways are the Lifan 320 and the Cowboy.

Dragon Motors is an automobile manufacturer based in Ulyanovsk, Russia that is famous for producing offroad vehicles and tuning cars. The company had introduced its first car in 1985, named the ‘Laura’, which had gained numerous diplomas and awards. Ever since then, Dragon Motors has become a huge player in the automotive industry and has introduced numerous vehicles with exceptional styling, reliability, safety, and fuel economy. Some of the best include the OHTA, Astero, Jump, and Proto-LuAZ.

Avtomobilny Zavod imeni Leninskogo, abbreviated as AZLK, was a government-owned automobile manufacturer in Russia. The company was the maker of the popular brand, Moskvitch, and specialized in manufacturing small buses, war machines, SUVs, cars and light trucks. It was privatized in 1991 and adopted the name Moskvitch, as many cars manufactured already had been using the name.

AZLK was told to cease production of cars in 2001, but the company still didn’t give up and went on producing vehicles. However, within nine years, the company lost all its process equipment and documentation, thus coming to an end in 2010.

Avtokam, also popularly known as ‘Autokam’, was a Russian Automobile Manufacturer that was headquartered in Naberezhnye Chelny, Russia. The company was a joint association of many parties, including the Karpov Chemical Plant, Ivanovo Machine Tool and Interlap. The company was incorporated in 1989 and start producing vehicles in 1991.

Some of their popular vehicles include the Autokam Ranger and Autokam 2160. However, due to some unknown reasons, the company was told to cease production, after which it eventually came to an end in 1997.

The first Russian sports car was manufactured by Marussia Motors. However, in April 2014 the company was disbanded and many employees left to join other companies. The company soon faced bankruptcy and filed several notices of financial difficulties, but was unable to recover hence coming to an end.

We tried to cover the names of all the top Russian car brands in our list, and hope you enjoyed all the logos and pics. You might be interested in checking out, list of all auto manufacturers worldwide.