Skip to content
Home » The Most Luxurious Car In The World 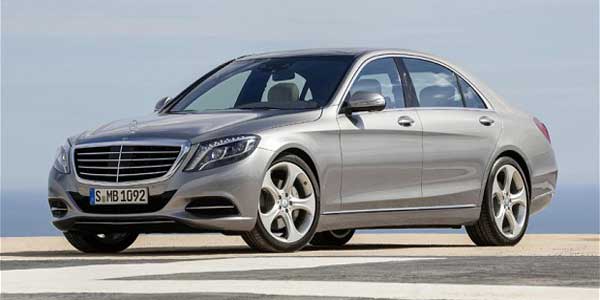 It’s the driving experience that counts, when choosing the most luxurious car in the world. The very lucky few who can afford buying top luxury cars always expect the best. Sometimes, specifications aren’t that important. Brands like Jaguar, Rolls-Royce, Bentley, Acura, Infiniti and Lexus are no strangers to the ears of individuals passionate about sumptuous cars.

As for us, we tried to keep it a little more on the traditional side. AutoExpress, a British publication, also made a list of their own, and stated that the Mercedes S-Class, also released in 2014, was the absolute best luxury car money can buy. And you’ll need money if you want to own this model, since its price starts at an incredible sum of $100,500. The S-Class is also our choice, when it comes to this lavish class of automobiles.

The Most Expensive Car In The World

The Mercedes S-Class comes either as a diesel-electric hybrid, which allows drivers a combined fuel economy of more than 60 mpg, or as a classic V6 diesel, featuring a fuel economy of approximately 50 mpg. Fuel economy is, of course, a matter of being friendly to the environment, instead of actual efficiency, as the owners of luxury cars aren’t probably focused on saving money from gas.

The hybrid variant features a relatively quiet engine, known for its high performance, as it can accelerate from 0 to 62 mph in a matter of 6.8 seconds. The S500 model gives drivers the opportunity to run 20 miles on electrical current alone, before requiring the intervention of the 3.0-liter twin-turbo V6 engine.

Yet another interesting feature of this model is its design, which automatically places it among the most luxurious cars of our times. The styling has a 4 out of 5 rating, as almost all vehicles belonging to the S-Class are identical on the outside. At the first glance, the car may seem more massive than necessary, but fortunately, it does great in hiding its bulk. Both its roofline and its flanks display sleek and smooth surfaces, and the alloy wheels offer a shiny, finishing touch on the overall image of the car. The S-Class is quite a sight for sore eyes!

As for the interior, it’s easy to see that developers focused on paying a real tribute to future drivers, at least in the comfort area. Aside from usual functionalities, the car systems even feature infotainment and an optional night vision display. The tapestry is, evidently, made out only of the most exquisite materials and is an utmost delight to touch.

Since Mercedes-Benz is known for its long history of developing reliable cars (4 out of 5 rating for this type of models), it comes as no surprise that even the S-Class offers a wide range of safety features. Aside from a classic standard kit that outstandly features 8 airbags (that top all the other impressive specifications), buyers can additionally purchase Driving Assistance Packages, and even night-vision cameras.

As for practicality, the Mercedes-Benz S-Class should probably be used for 5 people instead of 4, as the rear seats contain 3-point belts. The car storage is roomy enough, but this was to be expected, considering its overall size.

The running costs of this model are incredible, especially if you decide to opt for the hybrid version. The new S500 reaches an average fuel economy of 100 mpg.

The Mercedes-Benz S-Class is the most luxurious car brand that’s available on the current market. It’s also the only brand that will most probably never disappoint its buyers. Featuring a perfect combination between high-tech functionalities, exquisite design and invincible driving and safety attributes, the Mercedes-Benz S-Class is hard to say no to.