Skip to content
Home » 8 Celebrity Cars Of The 21st Century 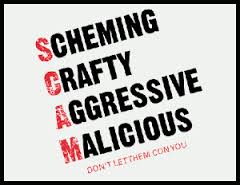 We all like to watch bits and pieces from the lives of famous celebrities. Whenever we catch a glimpse of their personal existence, we rejoice at the idea that they’re not radically different from us. What kind of food they eat, where they buy their clothes, what perfume they wear – these are all questions associated with the Hollywood glamour.

Part of the limelight are also famous celebrity cars. The way they look like, their prices, their being part of certain collections – these are other aspects that we enjoy reading about or – better yet – watching on TV. This is the reason why we’ve decided to make an incursion into some of the most exquisite cars of our contemporary celebrities.

It appears that the Italian sports car brand is among the top celebrity choices nowadays. Kim Kardashian and Nicolas Cage are two of the most famous Hollywood presences that boast on such acquisitions. The former has a Ferrari F430, estimated at $185 000, whereas the latter is the proud owner of a much more expensive model – an Enzo that costs about $670 000 and can reach an impressive 60 mph in 2.8 seconds.

The British legend couldn’t have missed the chart. And it appears that it’s not only British celebrities who have a heart for these impressive royal vehicles. Paris Hilton is one of the most famous Hollywood faces owning a Bentley GT Continental. Not only is the car expensive ($285 000), but it was also personalized to match Hilton’s taste: the car is entirely pink.

David Beckham, the wealthiest athlete in the world at the moment, is known for his expensive taste in…well…everything, including cars. His $400 000 convertible Rolls Royce Phantom Drophead is often seen on the streets of Beverly Hills.

As it is the celebrity car by definition, Rolls Royce is preferred by multiple stars: Kim Kardashian, Jennifer Lopez and Jamie Foxx are but a few of those for whom luxury comes in its purest form.

The luxury sports brand seems to be among the top preferences of celebrities. Rapper Drake, famous for his excessive taste when it comes to pastime activities, is rumoured to have acquired one of the most expensive models in the Bugatti series – a whopping $2.5 million. The car tops his impressive collection, also famous for the personalized Bentley Continental.

Another famous rapper fond of the Italian car brand is Birdman, whose Bugatti Veyron is estimated at a lush $2 million.

Another expensive Bugatti Veyron is the one belonging to rapper Flo Rida – a “golden” model, evaluated at $2.7 million

Jay-Z’s exquisite Maybach, is a car estimated at no less than $8 million. Although not many celebrities seem to be attracted to this particular brand, the Exelero is definitely noteworthy, thanks to its official nomination as the world’s most expensive car.

It appears that many Hollywood celebrities feel attracted to this German car brand. The brand is so popular, that some actors decide to actually collect these cars. When money is not a problem, having breathtakingly expensive hobbies looks very natural. One of the most famous celebrities fond of Porsche is Jerry Seinfeld. The actor is rumoured to own no less than 46 models, among which the most expensive – a 959 – was manufactured in only 337 units, thus being evaluated at $700 000.

This classy German car brand appears to be less preferred by rappers. Famous TV anchor Jay Leno is the proud owner of an SLR McLaren, a sports car evaluated at $500 000. But the Mercedes is not Leno’s only vehicle; the TV host owns an impressive collection of vintage  and muscle cars: a 1937 Bugatti, a 1917 Fiat Botafogo and a 1966 Oldsmobile Coronado.

Other celebrities fond of classic Mercedes include Nyjah Huston (a CLS 63 which he reportedly sold) and former McLaren driver David Coulhard (a 1967 280 SL).

The other half of the famous West-Kardashian couple, Kanye, is the owner of a wonderful classy Aventador, one of the most exquisite cars of the century. The car was allegedly gifted to Kanye by wife Kim, as a birthday present. The beauty cost Kardashian $750 000.

However, Kanye West is not the only Hollywood celebrity that owns the Italian sports brand. James Bond Pierce Brosnan owns a Gallardo, just as Jamie Foxx and Chris Brown, whereas famous football player Christiano Ronaldo possesses an Aventador identical to the one of Kanye West.