Skip to content
Home » What Is A Hybrid Car, How It Works And The History 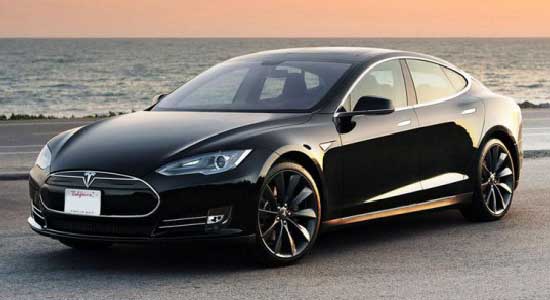 Hybrid cars have become more and more popular during recent decades, especially because the topic of global warming is nowadays on everyone’s lips.

So what is a hybrid car?

When people refer to hybrid vehicles, they mostly talk about hybrid electric ones, which is to mean that their engine is composed of two parts:

How do hybrid cars work?

Most electric hybrid vehicles depend on an initial combustion using classical gas, because it’s the only way to produce enough power to drive and sustain batteries. On the current market, there exists a wide range of new hybrid cars, out of which some can be fully or mildly hybrid, and the ‘more’ electrical they are, the higher the number of advantages. In the past, the only downfall of using some brands of hybrid vehicles was that the majority of them was not produced for high-speed velocity – instead, they were designed for fuel economy, for augmented power and for saving up power so it can be used in various other circumstances. In fact, the best hybrid cars now allow regenerative braking, electric motor drive and automatic start or shut-off. All hybrid vehicle manufacturers now manifest a keen interest for improving their technologies for producing both eco-friendly and powerful vehicles.

A brief history of hybrid cars


It may come as a surprise that the first hybrid vehicle was designed by Henri Pieper, in 1899. Although the hybrid vehicle methodology was invented in the 19th century, the first functional engine was put together in the late 1970s by David Arthurs, an electrical engineer based in Arkansas.

Nowadays, it’s the PEV cars (plug-in-electric-vehicles) the ones that are becoming more and more popular, mostly because drivers can charge them using home electricity and moreover, they can do it while the engine is in use.

Europeans have a long history of manufacturing cars, but it is only recently that well-known producers have focused on designing and implementing hybrid vehicles. There is a shortage of popular brands that could develop hybrid vehicles and yet do not, which is why there are many American and Asian ones on the market. The most famous and popular hybrid cars come from France (with the Peugeot-Citroen group leading the local market) and Germany (where big brands such as Volkswagen and Opel are pioneers of the hybrid environment). Other German experimenters include Volkswagen Karmann Ghia, a German car manufacturer known for its experience in producing vehicles of more than 100 years that, in 2008, combined efforts with DuraCar, a Dutch producer, to create the fully electric Quicc DiVa. The model is a distribution van produced out of plastic, which gives the vehicle both superior speed and energy economy.

In September 2014, Volkswagen announced the launch of a Passat GTE model that is a plug-in hybrid and that is not yet available for the US market. The new Passat GTE resembles the Golf GTE, in the sense that it’s also based on a 154-hp 1.4L turbo engine attached to a 113-hp electric motor. However, the design of the Passat GTE is more on the heavy side, being the picture of a wagon.

Probably the most popular and well-known model of hybrid vehicles is the Tesla Model S, which was released in 2013. In fact, Tesla Motors has gathered a high degree of reputation in the last couple of years, mostly because the company is specialized in developing luxury hybrids or purely electric cars. The Tesla Model S is battery-powered and can be bought at a starting price of $52,000.

Ford and Chevrolet also launched hybrids in 2013. The first company created the new Ford C-Max Energi, a fully electric vehicle which runs on battery for 21 miles. During the same year, the Ford Focus EV was released on the market, an electric car of which the battery can be used for driving for 76 miles. The second manufacturer designed the Chevrolet Volt car, which is known as a pure hybrid, in the sense that it can run 38 miles on electricity and 344 on gas.

Other top automobiles from the US also include the Ford Fusion Hybrid, the Toyota Prius V and the Toyota Avalon Hybrid, as well as the Chevrolet Spark EV.

Honda has made a name out of developing strong yet affordable hybrid cars, which is why the brand is constantly present in worldwide rankings, when it comes to sales and reviews. The company owns 5 cars out of the top 20 hybrid ones that lead the American market in 2014, thanks to the following models: Honda insight, Honda CR-Z, Honda civic Hybrid, Honda Accord Plug-in and Honda Accord Hybrid.

Asian companies that are specialized in developing hybrids have an organization of their own, called the Electric Vehicle Association of Asia Pacific (EVAAP), which includes hybrid manufacturers from China, Korea, Japan and Hong Kong. There’s a large list of hybrid car brands produced by world-known brands such as Toyota, Kia and Hyundai, that have conquered global markets by creating franchises and by producing a part of their models locally. In fact, some of the above-mentioned American Diesel hybrid vehicles are currently being produced in the USA, but their history began in Asia. Since this continent is the largest oil-consuming area, with countries like China, India and Japan that account for ⅕ of the entire world’s oil consumption, car manufacturers annually invest around 5% of their sales in researching electric engines that are better and cheaper.

The future of hybrid vehicles

In Europe, people find it difficult to comply with recent CO2 emissions regulations, which are becoming more and more harsh. Up until recently, most Europeans were interested in purchasing vehicles with Diesel engines (50% of UK inhabitants and 70% of Spanish and French individuals owned a Diesel car), but recent environmental restrictions managed to make people look into hybrid vehicles. In this region, PEV and BEV hybrids are mostly bought by Norwegians, while PHEV vehicles are purchased by the Dutch.

Americans win when it comes to buying hybrid vehicles. Between 2008 and December 2013, US inhabitants bought more than 170,000 PEV cars; this figure is shockingly high, when compared to China, for instance, where people bought about 38,000 vehicles.