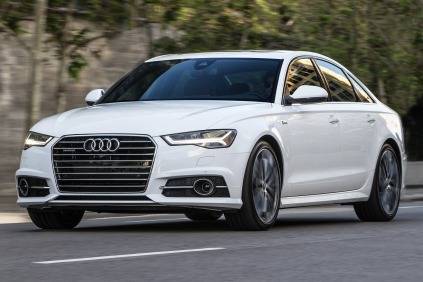 Audi has been providing the world with luxurious, comfortable, and highly powerful cars. The company has the expertise of all the type of cars, whether sedan, hatchback or coupe. Audi has further created its own body styles, such as the Sportback and Fastback.

From such a versatile company, we would expect quality rides. Our today’s notch from the Audi is the A6. The Audi A6 was introduced for the first time in 1994. The production of the model was titled as C4. That was the first A6 ever released. Presently the car is produced on C7 program, using the Volkswagen Group C Platform.

The A6 is the successor of the Audi 100. The 100 dominated the whole world for almost four decades. Soon after Audi jumped towards the C4 program, the Audi A6 was launched.

In the beginning, the Audi A6 received an average response from the market. Through further mechanical and cosmetic improvement, the car began to receive a better response. Soon there was a time when the A6 was preferred over a number of the other German cars.

The present-day A6 is in its fourth generation. It is available for as low as $47,600. Further, it has 4 models in rage, the expensive being Audi A6 Competition, which starts from $67,600.

The Audi A6 Premium is the standard configuration, while Premium Plus and Prestige are the middle-level trims.

Besides the standard models, there are separate performance trims as well. The notable among those are the RS6 and the Audi S6. Because of their sporty performance, they are famous.

The A6 is marketed as A6 L in China. During 1990 – 1997, a Chinese motor Company FAW created the imitated model of the Audi 100 (C4 program). With the subsequent progress of the Audi A6, the model was introduced in the country.

The standard configuration offered for the Audi A6 is the 2.0 L TFSI engine, with front – wheel – dive. Well, the more you go up in the series, the more powerful engine you encounter. Besides the base configuration, there is a wide range of engines available for the Audi A6. The trims are available in all three fueling forms; the gas, diesel, and electricity.

The most powerful gasoline engine in the series is the 3.0 L supercharged V6. Besides, there is a standard V6 in 3.0 L is also available. The supercharged V6 has 306 horses @ 324 lb-ft of torque with Quattro configuration (all-wheel drive). Well not to forget, this is the highly sold engine of the Audi A6.

Among the diesel engines, the 245 PS 3.0 L V6 Turbo is the powerful one. It has 242 horses and generates 427 lb-ft of torque. It is also in the Quattro configuration.

The standard configuration of A6 is front – wheel – drive, but the optional Quattro is also available.

Germans are the masters of steering. Similarly, our Audi A6 has the finest of the steering capability. It’s agile performance and smooth steering makes it an immense luxury.

The Audi A6 is one of the attractive cars in the world today. Indeed its body styling is pretty much common in a number of other cars, but the way Audi has crafted A6 is really awesome. In 2016, the Audi A6 got a facial revision. It wasn’t a major transformation of shape, instead it was a slight makeover. The headlamps and the taillights were revised. The Full LED headlamp was made optional, while the taillight was equipped with the LED bars.

The wheels differentiate in the models of the A6. The base model gets the base cosmetics, while more you go up, the attractive ride you get.

Audi has given a fine touch to the interior of the A6. The luxurious and comfortable interior of the Audi cars is one of the several reasons behind the popularity of this company. Our Audi A6 gets the finest leather seating, wooden trims, and carbon fiber.

From the rear, the A6 is spacious enough to seat 3 passengers. When it comes to the driving row, the seats are quite comfortable which makes driving a fun.

The Audi A6 has a 7-inch touchscreen in its infotainment system. The navigational feature is optional. However, it is available in the higher trims of the series.

The initial period of the Audi A6 was ranked Good by the Traffic Safety department. The following generation was unable to maintain the safety ranking and earned just 3 Stars in overall rating.

In the very next generation, Audi tried to get the highest rank in safety testing but the position was same as it was in the second generation. The present-day generation showed a remarkable improvement and earned 5 Stars. Overall it has been evaluated as a 70% safest car on the road.

Mercedes and Audi are the archrivals since long. Soon after the World War II, both the companies got indulged in creating the best cars of the world. The Mercedes Benz E – Class is the closest competitor of our Audi A6. In a head – to – head competition, a minimal difference was found among both the cars. The Mercedes performed slightly better than the A6.

Comfort and performance are supreme in the Audi A6. If you are moving up the level, and jumping into the Executive seat, then grab an A6.