Skip to content
Home » Car Brands that Start with Y 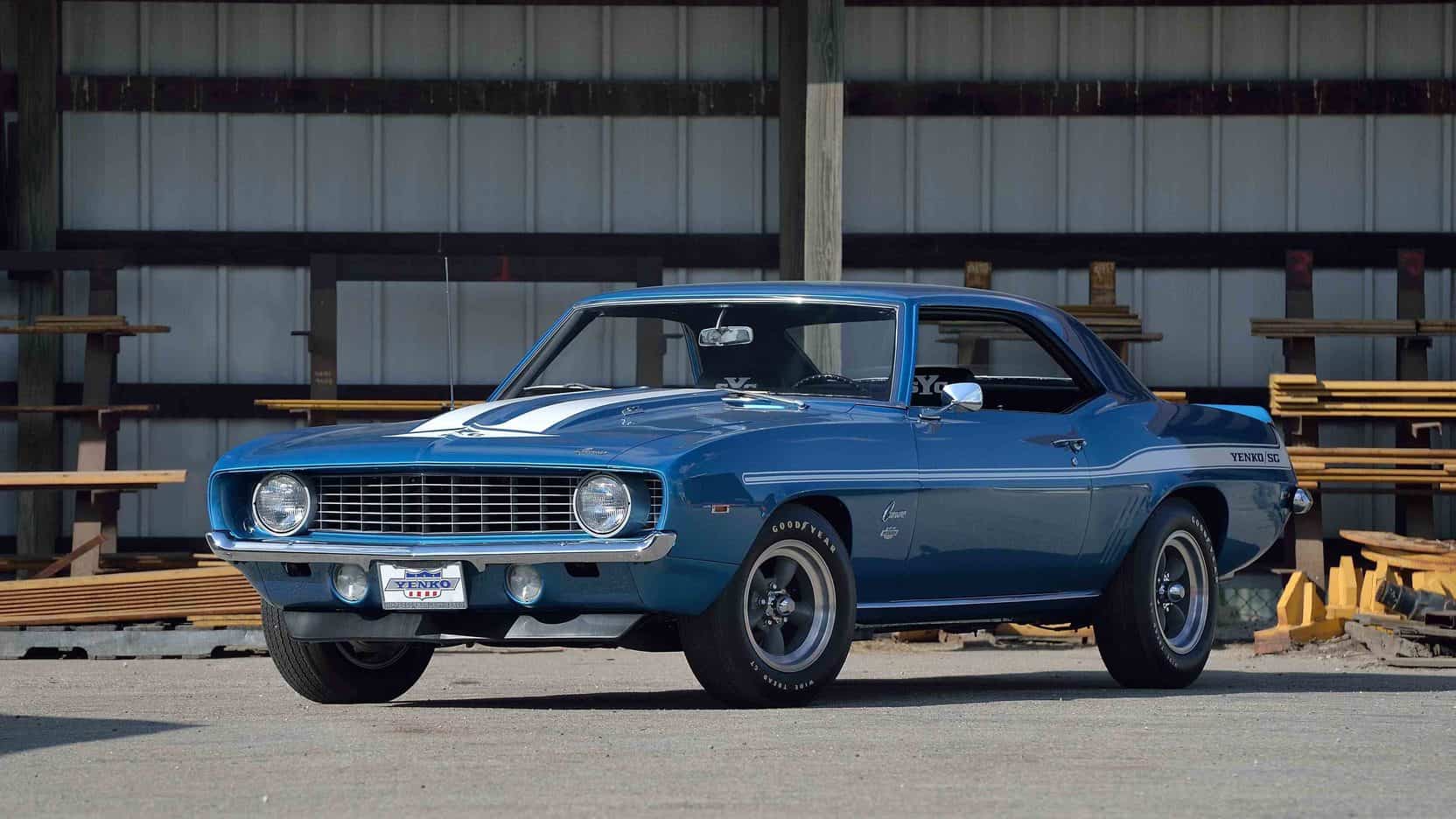 What would you tell someone, if they landed here from another planet and would ask you about our car manufacturing industry?

That seems like an odd question, but you get the idea: you would have to start from the very beginning, get that story going with some context and keep going until you reach the 21st century and our enthusiasm for electric cars.

That would make for one hell of a story – boring for some, but interesting for most car enthusiasts. Obviously, this long story would have to include multiple chapters, and for today we decided to focus once again on different car manufacturers and their names – more specifically, car brands and company names that begin with the letter ‘Y’.

You don’t see “Y” being used very often when naming a brand – especially if we’re talking about an automotive company.

Uncommon as it may be, I bet one name immediately came to mind – Yamaha – but there’s more to this chapter than that. Muscle-car owners and fans will surely think of Yenko, Asian car owners will mention Yulon, and so on. Don’t worry, we’ll get to each company in a minute. So without further ado, let’s kick off this list with..

It’s been a few decades since Yamaha introduced its first motorcycle, the YA-1 Motorcycle. That seems so long ago that most of the brand’s fans don’t even know how it was called – they wouldn’t care, anyway. Do you?

Japan’s top motorbike manufacturers and one of the most recognizable brands in the world, with dealers in over 150 countries, supplied even Formula One engines at one point, between 1989 and 1997. They also helped develop cars like the Lexus LF-A, the Volvo XC90 V8, or the mighty Toyota 2000GT, but they also released a few interesting car concepts themselves. Like the Sports Ride concept before you.

Sure, we are all well aware of the company’s motorcycle division, which was established in 1955 as Yamaha Motor Co., Ltd., but did you know that Yamaha Corporation is nowadays a multi-faceted corporation? The name is also associated with one of the world’s largest musical instrument manufacturing companies as well.

A leading manufacturer of semiconductors, computer related products, home appliances, as well as industrial equipment, Yamaha’s name and brand logo is almost impossible to ignore – wherever you may be.

Yenko Chevrolet started off as a Chevrolet dealership, somewhere in Canonsburg, Pennsylvania, and ended making a name for itself as a brand of its own. Between 1949 and 1982, this dealership decided to offer much more than the cars it was selling, in standard form.

It began delivering customized muscle cars, allowing customers to decide – in detail – just how their new vehicle would look and sound like. Yenkos muscle cars are among the most collectible automotive gems of the 1960s.

Frank Yenko, the company’s founder, was the man behind the idea of these modifications. Don Yenko was impressed with the 1966 Chevrolet Corvair and its handling, which is why he envisioned it as a racing car.

Following approval from SCCA, Yenko removed the back, upgraded to the Corsa engine to develop more hp and torque, resulting in a series of 100 1966 Corsa racers, all painted white – the Yenko Stingers.

When the Yenko Camaro model debuted, General Motors didn’t want it to carry an engine larger than 400 in³, or a 6.6-liter V8 . That was disappointing for some people, especially since the Ford Mustang, Plymouth Barracuda and the Dodge Dart had no such limitations.

Yenko thought a more powerful Camaro would please drivers and modified it to feature Chevrolet’s 427 cubic inch (7.0-liter) engine, which meant 425 hp, as well as other performance-oriented components.

By 1969, Yenko and COPO joined forces to ensure L-72 engines would be installed under the bonnet of Chevrolet Camaro and Chevelle vehicles. These limited-edition high-performance muscle cars have become valuable and prized possessions to any collector.

This might just be the most inspired and coolest name choice ever. The Germans over at Yes! have started making their own sports cars since 1999. Founded by Marco Kunz, the company would introduce its first vehicle two years later.

The 2001 Yes Clubsport was designed to be a mid-engine car, with the rear axle receiving all the power sent from the 1.8-litre turbocharged engine sourced from Volkswagen.

If you think such cars are meant for racing, you are right. This is why all YES! car owners receive a national A-license, which allows them to have fun and driving at racing circuits around the country – following a training regimen and instruction scheduled by the company, of course.

YRV is a name that can usually be seen sitting on Daihatsu-made vehicles. Although this might not be the most popular name around, YRV is usually associated with family of mid-size cars produced by Daihatsu for the urban environment.

Since 2000, these vehicles have been designed to offer the most features and space out of a compact car while promising impressive fuel efficiency.

They received high rankings from J.D. Power and Consumer Reports, which is one way of saying the next time you’re out looking for a car, this name might be deserving of a place on your shopping list.

Zhengzhou Yutong Group Co., Ltd. or Yutong Motor, is a Chinese manufacturer of commercial vehicles. Based in Zhengzhou, Henan and focused on buses and electric buses, the firm was set up in 1963.

To be honest, we do have to mention that the Yutong logo is also known to adorn various construction machinery and other product-oriented businesses as well. Assembly takes place at its own facilities, but Yutong products are dependent on components from several manufacturers, such as MAN, ZF, DANA, Cummins, Nissan, and more.

By 2016, Yutong was the largest bus manufacturer in the world if we were to consider sales volume. In 2020, Yutong’s lineup included more than 150 series of buses and coaches.

In the early-2000s the company joined forces with bus icon Neoplan as well as truck manufacturing company MAN. There were so many orders coming in, that Youngman had to build at least four new facilities to handle them.

In 2006, an agreement was signed with Iran Khodro to assemble the Samand and Soren models with the help of PSA Peugeot Citroen parts.

To be perfectly honest, the very same company was also involved with the manufacture of passenger cars. However, it is also worth mentioning that the aforementioned division had ceased all operations by 2015. Nonetheless, the 2011 Youngman Lotus L5 still is still in our memory.

Yulon Motor Co., Ltd. is the largest Taiwanese automaker and importer. Founded in 1953, in Miaoli County, the firm was initially called Ching-Ling Yen and it’s today part of the Yulon Group.

Right off the bat, Yulon started looking for foreign partners. It took them a while, but in 1956 American company Willys agreed to team up with them and the following year the Taiwanese brand was signing with Nissan as well.

As a result, the first Yulon model was a 1956 Jeep, and in 1960 the Bluebird was introduced. Nowadays, the firm works together with Chrysler, Geely, GM, Mercedes Benz, as well as Mitsubishi.

While Yulon continues to manufacture vehicles for sale on the Taiwanese market. You should also know that in 2009 it envisioned and revealed the Luxgen line of self-designed cars.

Yo-mobil or Yo-Mobile was actually a name associated with a planned series of hybrid electric cars, set to be produced by the Russian company Yo-auto. The Russian company was planning to start deliveries in 2012, aiming to produce as many as 10,000 units per year.

The world first saw the design of the car in 2010, in Moscow, but it was advertised shortly after at the 2011 Frankfurt Motor Show. The concept displayed sliding doors, video camera instead of mirrors – that’s one way of break the stereotype about Russian vehicles.

The outer shell was to be made out of plastic, so that it could be recycled – that seems like on original view on designing cars. Featuring a petrol-powered rotary vane type of engine, that could also burn gas, the vehicle also benefitted from two rear electric motors.

Fuel economy was assessed at 67 mpg, promising drivers a 680-mile range and a top speed of 80 mph (130 km/h). Engineers also thought up a second purpose for the car, and that is to become, if the situation called for it, a 20 kW power station for a home or small business if the power grid would fail.

As promising as it all sounds, the car was never tested since no working examples were around to do so. No production vehicles were ever produced, and by 7th of April 2014 it was announced that the project was sold to the Russian government for the amount of €1.

Be honest, most of these names just sound odd and were a complete mystery for us as well. As always, every little bit of new information from the automotive world expands our perspective on cars and allows us to better understand what has become a global market and phenomenon.

You see, aside from the financial part of this industry, from the early beginnings of a business, initial investment, materials, forming a team and so on – not including the final product, the car – there are many things to be learned while finding out more about each company’s founder, history, vision and purpose.

To each his own, you know the saying, and it is still true in the automotive field now more than ever. It was equally true at the start of the 20th century when visionaries risked it all to make a name for themselves, for their ingenuity and vision of what a car should look like and work.

Most cars today look pretty similar and that is somewhat disappointing if you ask us. This is why we honor those who had the imagination, the vision and the courage to stand behind their ideas, come hell or high water.