Skip to content
Home » The history of compact cars, and the best little vehicles in 2014 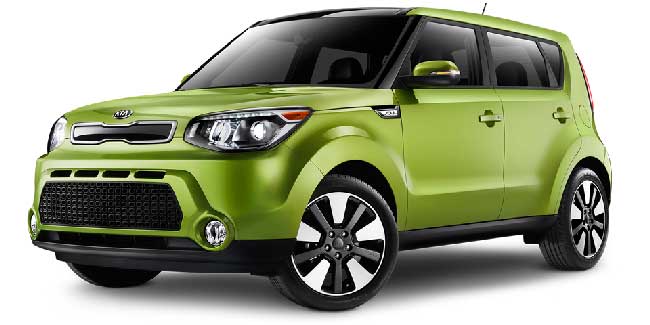 Compact cars are simply known for being little cars, which are bigger in size than subcompact vehicles. While in North America, they go exactly by this name, in the United Kingdom, British people prefer to call them small family vehicles. The classification is as follows: the mini compact vehicles have an interior volume of less than 85 cu ft, the subcompact vehicle has an interior volume of between 85 and 99.9 cu ft and the inside volume of a compact car can range between 100 and 109.9 cu ft. This is the usual criterion of developing thes automobiles.

A brief history of compact automobiles. The beginning

The history of this type of vehicle begins in the 5th decade of the 20th century, in the United States, when Nash launched the convertible Rambler. In Europe, people started focusing on creating small economy automobiles immediately after the Second World War, but didn’t call them family cars until the 1950s, when the 1958 Austin A40 Farina Countryman was released to the public. Another widely successful model was the 1974 Volkswagen Golf, which is said to have saved the company from bankruptcy, thanks to its wide popularity and booming sales.

In Japan, in 1955, the government created a set of regulations on which manufacturing had to be based at the time. Consequently, automobiles had to have a speed of no more than 62 miles/h and a total weight of no more than 882 lbs. This meant that car producers had to do their best in designing ‘light’ automobiles. In this country, one of the first small vehicles was the Toyota Publica, the launch of which was closely followed by the Mitsubishi 500.

Compact cars in the present

The greatest advantage to purchasing little cars nowadays is their fuel economy. Considering the fact that the entire volume of such an automobile is rather limited, almost no small car can trigger high gas costs. With an oil crisis on the rise and a continuously increasing worldwide price of gas, people are trying to get the most of their automobiles, but spend the least amount of money.

Car manufacturers from all around the world have slowly analyzed and understood the present needs of car owners. In consequence, they have created smaller vehicle series that speak to even the pickiest customers. According to various studies, the best mini vehicles which are also the most popular nowadays are the following: Ford Focus, Mazda 3, Volkswagen Golf and Volkswagen Jetta. Even sports car aficionados can have a go with models like Ford Fiesta ST, Ford Focus ST, Mitsubishi Lancer Evolution or Volkswagen GTI.

Buyers that are interested in purchasing luxury compact vehicles will also rejoice: the 2013 Audi A3 can satisfy their ultimate needs. This car features an exquisite design and a 170-hp 1.8-liter turbo four and can still be bought at a cheaper price, because of its year of production. In 2015, the car manufacturer will relaunch the model from the same series, the Audi A3 2.0T Quattro, which customers will be able to purchase at a base price of around $37,000. One thing to keep in mind is that this automobile is at the borderline between a small vehicle and a midsize car, due to the fact that its producers focused on increasing its overall capacity.

The car business offered some engaging choices this year. interesting models come from Asian manufacturers or their franchises, as well as from classic European and American brands.

In 2014, Toyota launched the new and improved Corolla, with a 1.8L 4-cylinder and CVT 4-speed automatic transmission. A basic version of this exact model costs around $17,000, but buyers could end up spending a little less than $20,000 on a fully equipped one. Honda, one of the greatest manufacturers of safest vehicles, also released the 2014 Civic model. Mazda fans can purchase the new Mazda3, which is a fuel-efficient vehicle and this feature is greatly related to its reduced weight.

European car manufacturers also released 2 provocative models, the Volkswagen Jetta and the Fiat 500L. The first one is an updated version of a previous model, with a 1.8 liter 4-cylinder engine, which was overall improved for fuel economy and an increased performance. Volkswagen also announced that another Golf is currently being planned. The Fiat 500L was initially designed to be a subcompact and featured only 2 doors. Producers added 2 extra doors to the 2014 model, therefore transforming it into a classic, due to its total weight and increased power, originating in a bigger engine.

The Ford brand launched the new Focus ST, which can be purchased for an approximate price of $24,500. With a 252-hp, the car is an impressive option for compact car enthusiasts, and also for people interested in purchasing a hatchback.

Forbes claims that aficionados can now choose safe models and actually afford them, as most of these automobiles can be bought for less than $20,000. These are the most attractive and secure models, according to the widely known publication :

Hope you liked our list of compact cars. Let us know what you thought about it.