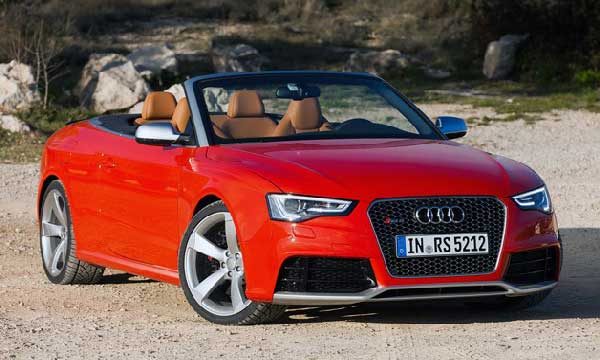 Convertible cars have always been a rather exotic type of vehicle. Mainly perceived as being less affordable, they have entered popular culture as dynamic models predominantly associated to younger people (with little to no need for space or endurance). However, fun has no limits and we can see people of all ages driving the convertibles.

Some of them – such as Ferrari or Aston Martin –  are virtually out of reach, with prices that surpass $200 000, but there are other, cheaper brands, that remain accessible to the passionate drivers who have fewer means.

It is said that nothing compares to the wind blowing through one’s hair while speeding on a long, straight route in a retractable convertible. It sure looks like a lot of fun, which is why we’ll take a closer look at the top convertible models: the affordable ones and the more expensive ones.

The different types of convertible cars

The design of a hardtop convertible requires a certain mechanical know-how, a lot more complex than the one required for a normal convertible. This includes most automobiles of the genre in the expensive, high-class category. There are, nonetheless, a few exceptions to the rule. Here they are.

Coming from powerful German auto giant, the Eos model promises drivers both looks and feel. Performance is not at all negligible, although design is not really the best in its class. The car prides on a power sunroof and panoramic view, even with the top down. Price is rather accessible, around $35 000.

The Japanese brand has been producing Mazda Miata since 1989, which is a clear measure of its success. This convertible sports car was designed bearing in mind classical European roadsters, such as the Alfa Romeo Spider or the Fiat 124 Sport Spider. It’s clearly not performance that rendered this convertible car a success in its early beginning, but rather its down-to-earth price.

Nonetheless, newer generations have caught up on speed and technology, making the car 178 times award-winning. Prices start at $23 000.

Although the early versions of the Chrysler 200 were not too popular, due to poor aesthetics and average performance, newer models seem to have made an impression on convertible lovers everywhere. Plus, it is “the only one in its class to offer a retractable hardtop”. Therefore, the car offers a rare combination of a classy convertible and a conventional sedan for a mere $27 000.

Everybody knows that Audis are among the most beautiful vehicles in the world. The RS 5 Cabrio makes no exception at all. A version of the classical A5, this coupe comes with a 4.2 FSI engine rated PS, quattro permanent all-wheel drive system and optional carbon fiber-ceramic brake discs. Price could be the only factor deterring you from actually buying it: $79,000

The only rivals to the Audi RS 5 Cabrio are the Lexus IS C and the Infiniti G37. The typical luxury car by definition, Lexus makes no exception this time either. The car combines a thin sleek silhouette with a comfortable cabin and a SmartAccess keyless entry.

Another American all-time classic, the Chevrolet Corvette is one of the sports cars that combine deadly looks and fierce performance. The V8 engine, alongside the 6-speed automatic transmission makes sure the car reaches 60 mph in 4.5 seconds.

The Ferrari could not have been omitted from the list of classy exquisite convertible autos. The Ferrari 458 Spider beautifully combines luxury and performance, the way Ferrari knows how to do best. The rear-located engine, as well as the impressive V8 engine generating 562 horsepower and a mere 3.4 seconds before reaching 60 mph, definitely make it one top choice.

Even though convertibles rarely presume the concept of affordability, exceptions exist and some of them look really pretty.

The Fiat 500 didn’t need any convertible version to maintain its status of a “cool-to-have” car. The option of letting the sun shine through makes it even more desirable and, if the looks haven’t already convinced you, the price definitely will: $19,900

City lovers who already felt the passion for the classic Smart will love the convertible as well. Space is just as small as for the classic version (which can be a little too small sometimes) and the car also comes in an electric version. The latter offers no more than 47 horsepower and 17.6 kWh.

Wandering the streets of Cannes or the winding roads of Monaco is definitely thought of having a convertible Beetle in mind. The car is fun, classy and … well… a Volkswagen. The impressive interior and exterior design, as well as the bright colours it comes in and the considerable performance (170 to 210 horsepower) will definitely help you forget how much you paid for it (let’s just say it is the least affordable of them all).