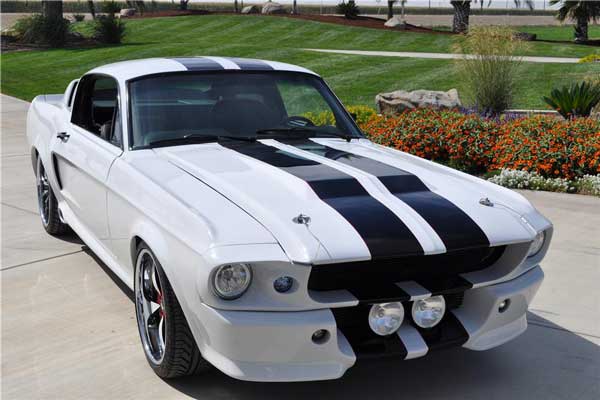 We’ve all seen the best fast and furious cars from the famous movie brand or at least heard of it somewhere. The fast & furious cars featured in the movie have become legendary specially 1970 Dodge Charger. The speed, the looks, the fame – they are all ingredients that petrol heads thrive on, be they men or women. The Fast And Furious franchise brand has a lot of popularity since the inception of movie in 2001 as it continued producing more hit films. All Fast And Furious cars helped the franchise to gain popularity one after the another. The last one being Fast And Furious 6.

This is why all Fast & Furious cars have won worldwide appreciation (sometimes, an appreciation more consistent than the one for the movie and its purely cinematographic qualities).
We have compiled a list of the best fast and furious cars that we think can be included in the top list.

Practically all Mustangs are a wonder. The car still is one of the most acclaimed brands of the American giant. The very definition of a famous muscle car, this model has made history ever since its appearance in the sixties. And the hype is not for nothing: the vintage, rocky, bold feeling that this car instills truly makes the driver feel special. The car was featured in The Fast and the Furious: Tokyo Drift. Inspite of its relatively average reviews in terms of performance (but let’s face it, the car is old, it can not have it all), we still feel strongly attached to it.

Although, for some, the real star of the movie is the Dodge Charger 1970, to us the Daytona is no under match either. The burgundy colour plus the authentic Fast and Furious feeling definitely make it one of our top choices. This 1969 turbo car was simply meant to be driven in this movie.

Considered by some to be the star of the film, Fast & Furious 1970 Dodge Charger definitely made an entrance the first time it was featured. The jaw-dropping looks plus the stunning drive are certainly the reasons why the car was also featured in the sequel. This is amongst the most famous Fast And Furious Cars.

It looks like Americans were very keen on the Italian brand. During the years, several models of Mazda were used in the making of the movie, each of them faster and more furious than the other. Our main picks are the 1997 RX-7 and the 2006 RX-8. Although, in real life, the first model is not even manufactured anymore, the film crew managed to tune the car to the extent at which it reaches formidable speed. The typical sports car by nature, Mazda RX 8 is considered to be among the top models the Italian manufacturer has designed. Probably the reason why it is portrayed as the natural replacement of a traditional V8 car.

Presumably faster than a Ferrari, this Toyota model definitely makes every petrolhead envy the movie stars driving it. Apparently one of the greatest tuner cars of the nineties, this one achieves jaw-dropping performance. Oldie, but goldie

Everybody knows the Camaro is one of the finest & famous muscle cars ever to be produced. Design may be modest, but performance quite a blast, as the 2 Fast 2 Furious movie attests. Several formidable stunts were achieved behind the wheel of this car, so it can successfully be placed among the top picks of the production.

It looks like another non-American car won the hearts of the movie producers, this time a more recent one. The 1999 Nissan Skyline appears to have had a long tradition in car racing, ever since it was first designed in the sixties. The main cars against which this model raced were the Toyota Corona 1600GT, the Isuzu Bellett GTR, the Mazda Familia and even Porsche. It was not this exact model displayed in Fast & Furious, but still – this is proof that the car has something to say.

Asian cars are yet again present via this modified Honda Civic model, which proves to be speedy but not that pretty. However, its main quality resides in it being easy to modify for eventual participation in races. Not bad. At least, not bad for a car that’s known to be conventionally safe, but less inclined towards this sort of performance.

As for any movie featuring fast cars, a BMW could not have been left aside. These cars are the definition of speed, and the M5 makes no exception. In spite of getting wrecked in “Fast and Furious”, the car still is a definite good choice. Among the many car brands involved in the making of this movie, the BMW deserves a definite top position. In real life, the car has been manufactured for almost 30 years and probably not for nothing. The car is the high performance version of the BMW 5-Series executive car, built by the Motorsport division of the company.

So-called “The Dark Vader” of the movie series, this 1987 vehicle makes quite an appearance in the opening scenes of “Fast and Furious”, convincing even the most skeptical of us that it was one of the fastest in its era. Finely tuned for competing with all the other fast Fast & Furious cars, it’s probably come to be one of the fastest of our era.

Let us know what you think in the comments section.