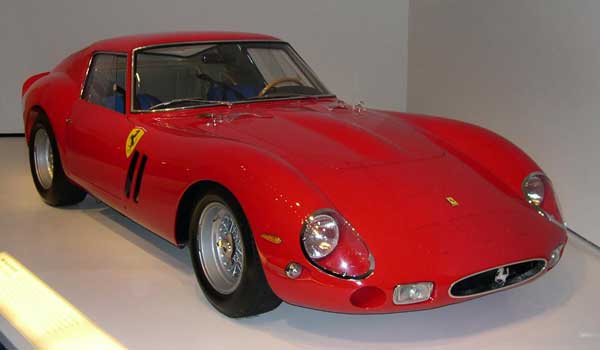 Car aficionados are known for their extravagant tastes and tendency to spend huge sums of money on luxury automobiles. But what is the highest priced car ever sold?  The answer will not come as a surprise: It is a 52-year-old Ferrari that was used in racing. The 1962 GTO features either a 3.0-liter or a 4.0-liter V12 engine, depending on the model. The automobile was designed to compete against other widely popular racing models from the 1960s, such as the Shelby Cobra, the Jaguar E-Type and the Aston Martin DP214.

Ferrari 250 GTO, the most expensive car ever sold

As for the structure of the car, an oval tube frame was used for constructing it, which included an A-arm front suspension and a rear live-axle with Watt’s linkage, disc brakes and Borrani wire wheels. As for the world’s most expensive car, in August 2014, CNBC announced that it was a model of Ferrari 250 GTO that was purchased for the previously mentioned huge sum of money. The model surpassed a Mercedes-Benz racer, the W196R, which held the record and which had been bought for $29.6 million in 2013.

GTOs are becoming more and more expensive as time goes by, mostly because the manufacturer produced and released only 36 exemplaries in the whole world. Last year, a private collector purchased one for $52 million, but it was only the one that was sold this year that is considered to be the most expensive car of all times, because the auction was open to the public. Its price results largely from the fact that this particular GTO was a racing car which was used by the French driver Jo Schlesser in 1962, at the Tour de France. Thanks to the vehicle, Schlesser finished second in line. The transaction does, however, hold a somewhat dark history. It was also in 1962 that another French driver, Henri Oreiller, used the car while racing in Montlhery and ultimately died in a crash. The automobile thus became the only GTO ever to have crashed, and auctioneers were worried that the event would have affected its selling price.

Some of its reputation was improved after it was repaired and bought by an Italian business man, Fabrizio Violati, who personally used it for more than 49 years without encountering any issue. Violati even raced it at classic-car competitions until the beginning of the 21st century. When the Italian entrepreneur passed away in 2010, his family decided to sell his collection for an approximate cost of $100 million. Ultimately, the Bonhams auctioning house ended up being in possession of the model we’re discussing and of other Ferraris which had belonged to Violati.

The GTO price largely fluctuated during recent years. Almost 10 years ago, the model could not have been considered the most expensive car of all times, as it was being sold for the approximate price of $10 million.

Ferrari is a world-known car manufacturer that has been producing automobiles for over 60 years. The company is Italian and its headquarters are still located in Maranello, the commune where Enzo Ferrari, the founder, moved to after World War II.

The brand has an impressive history. Although the engineer never had the intention of manufacturing automobiles, he was hired by Alfa Romeo to lead its motor racing department, and in 1941, when Alfa Romeo was confiscated by Benito Mussolini, the young entrepreneur’s firm survived, thanks to its small size. The first Ferrari vehicle was the 125 S, which came with a 1.5L V12 engine. It was thanks to this model that Enzo Ferrari changed his mind, gave up his reluctance towards making cars, and finally founded the Scuderia Ferrari, the racing division.

The automobile that was released prior to the founder’s death was the Ferrari F40, which became one of the most memorable models of supercars ever to have been produced.

As years went by, the brand became more and more popular, mostly because it always focused on creating a limited number of vehicles, instead of giving in to mass production. Rich buyers cannot have their cake and eat it, in the case of Ferraris. Ferrari owners have to love and cherish their cars and appreciate them for their true value. The sale system is even said to be somewhat preferential, which is why the models developed by the brand become overly expensive and end up being auctioned and purchased for immense prices.

The Ferrari brand has also become famous because of its fast cars, used in racing competitions. One of the most distinguished names that are associated with the brand is the one belonging to Michael Schumacher, a German racing driver who was a seven-time Formula One champion and who represented Ferrari on the tracks for a decade. Although the brand had come close to winning the illustrious championship multiple times before beginning its collaboration with Schumacher, it was said to have constructed poor racing cars at the time, as it was unkindly characterized by Alain Prost and others. This poorly esteemed thinking changed, once Schumacher joined the Ferrari team.

Ferrari also became notorious because of the film Scent of a Woman, starring Al Pacino as a blind former military officer whose dream was to drive one of the cars belonging to the brand. No one could guess what future auctions of expensive cars will look like. $34.65 million is a tough record to break.