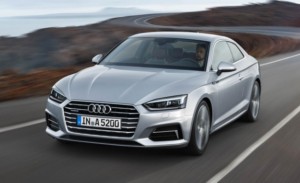 Audi is ranked among the initial Executive Coupe producers. It was 2007 when they launched the Audi A5. Usually, there isn’t too much of competitive analysis among the executive coupes. It has certainly been pronounced as the midget series of the entire automobile industry.

In some parts of the world, the Executive Coupes are honored as the entry level luxury cars. Audi and its arch rival, BMW, are leading the race of the junior executive cars.

Audi A5 is theoretically not considered as the successor of any cars. The competition, that the coupe and convertible versions of Audi A4, was given a new shape. The tough competition has led the Germans to apply continuous changes to the exterior and comfort level of the car. For the whole car, there had been too much of accessories for the driving, driver and passengers.

In June 2016, Audi revealed the Audi A5 in its new version. Both the generations of A5 are based on the Audi’s B-platform. The initial one belonged to the B8 family while the second generation belongs from the B9 family. The similar platform is shared by some models of Audi A4. Precisely the Germans shared this platform with the sibling company, Volkswagen. In the present day, the Volkswagen’s platform is even in its ninth generation.

Along with A5, Audi has launched a power version of the series as well. It has been labeled as Audi S5, which is referred as the sports model from the A5 series. The letter “S” denotes Sports is S5.

The performance of the A5 certainly remains the same among all the variants of the series. The body style distinguishes the model of the car. The standard coupe, with everything standard, is the Audi A5. A reshaped, refreshed and stylish coupe with a sporty exterior is A5 Sportback or A5 Sport. When A5 Sportback is made convertible it becomes A5 Cabriolet. 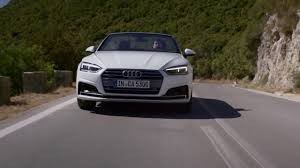 The 2.0 L 4 – inline cylinder turbocharged engine is standard in all the models of A5. In the first generation, A5 was performing with a variety of engines. The range included the naturally aspired V8 along with the power threshold V6. But the second generation has only got the 4 – inline cylinder engine.

Particularly Audi has targeted to improve the mileage EPA of A5. The car comes with the TFSI technology which has helped in maintaining an economical fuel mileage. Not just the mileage, the system has enabled A5 to release fewer pollutants into the air.

Audi A5 is mainly offered in the front – wheel – drive configuration. While the all – wheels – drive, Quattro, is available as well. The Quattro is offered from the A5 Sportback.

After driving the Quattro, there is much of the difference felt in the 2 wheels drive. The standard configuration seems weaker than the optimized configuration. On an exact base model, the acceleration falls a second shorter.

Certainly, Audi has created the A5 an entry level performer that would lead to the top notch of performing machines.

In 2010 – 11, A5 was having some issue with the consumption of the engine oil. The car was consuming much of the lubrication then required. The issue was addressed eloquently by Audi and ample solutions were provided to the consumers.

Audis lie among the beautiful cars in the world. Previously the A5 series had a lengthy rear. With the application of some science and style, the rear has been trimmed. Along with that, the nose has been lifted.

The shorter rear in A5 makes it appear as a sports car. That is why A5 is called as the A5 Sport and A5 Sportback.

Audi speaks luxury. From front to back A5 has been designed in a spectacular way. It embarks comfort on its spectator. It is undeniable that A5 has an attractive shape. The dashing headlights, the sober grille, and the modest curves enhance the attraction of the car.

The standard version with stock configuration is not a sporty machine, though it can perform. Stil,l Audi has equipped A5 with subtle aerodynamics which helps in maintaining the balance of the car. Moreover, it even provides a feeble assistance to the performance of the car.

Well, you won’t find anything to complain about the exterior of the A5, besides you would be admiring its beauty. 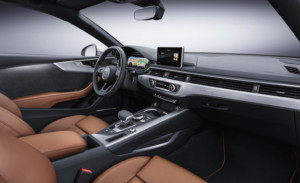 The interior of the A5 is certainly a class apart which goes in accordance with its image of putting an extra effort to come up with an extraordinary interior. The leather seats are heated and are powered to ten ways. The electronics has been placed in a tremendous use as the driving seat has been equipped with driver memory module. The module remembers the seating configurations of the driver. The coupe has the seating capacity of four passengers, including the driver. 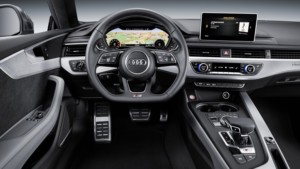 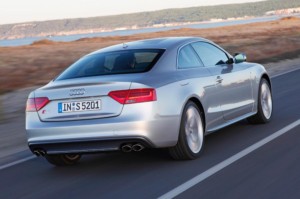 The safety and security specifications of the A5 are quite sufficient. Since its initial release, the car has a notable security record which makes it one of the safest cars. However, it has not yet received safety ranking from any official road safety department.

Indeed A5 is full of safety and security. It has the ample amount of air bags, sufficient technology to operate the bags, ABS, Electronic Stability Control (ESC), Traction Control (ASR) and a number of other safety equipment and features. 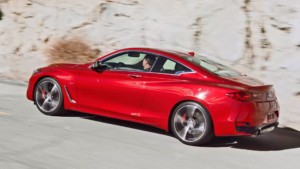 The well design Infiniti Q60 stands in the competition of Audi A5. The A5 also gets the competition from its native competitor BMW. While the Q60 is one of another closest match for our A5 today in terms of performance and price.

If you are jumping towards the Entry Level luxury or you are relegating to the lower level performer, then A5 could be a suitable choice for you.