Nissan has been in top business during the year 2016. There have been a number of refreshed models launched by the company. And it has a track of some fresh pieces as well. Among the refreshers, we get the Nissan Murano.

Murano has some legendary traits for Nissan. It is the first ever subcompact SUV launched in North America by Nissan. Its date of origin is found in 2002. It was first time produced in California, under the banner of Nissan America. However, it was marketed in Europe in 2004.

Well, Murano lead the base for Nissan to bring on more SUVs to North American countries, which majorly included US and Canada. It holds a number of credits to its name, which prominently involves the award of Best Premium Mid – Sized SUV by AutoPacific.

Not to forget, Murano has been extracted from the title of Series of Islands in Italy, famously known as Rio de Vetrai Murano in Italy. The watery glass like city inspired the exterior design of Nissan Murano.

As such there are no records for any predecessor of Nissan Murano. But in terms of the performance, it resembles some of the other models of Nissan. They include Altima, Maxima, Teana, Pathfinder and Infiniti JX.

Due to agile performance of the Nissan Murano, it has been ranked as one of the best SUV for the year 2017.

The present day model of Murano is in its third generation. The recent generation began in 2015 with a number of developments and upgrades. Nissan Murano is starting from $29,740. There are four models in the series; the S, SV, SL and Platinum. The finest among them (Platinum) bears the tag of $39,180. 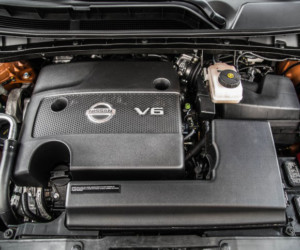 The present day generation of Nissan Murano comes with a 3.5 L V6 gasoline engine. Previously Nissan was offering a 2.5 L in – line – four engine as well, but that was only to the extent of Japan. Another version of the 2.5 L was offered with 190 horses for the European customers.

When the 3.5 L V6 of the present generation is compared to the previous tech, then we do get some slight differences. The second generation V6 had a peak of 265 horses at 255 – 260 lb – ft of torque.

Murano is also available in a hybrid version. The Models Murano SL and Platinum comes with the hybrid tech. The transmission line of Murano is quite helpful in reducing the fuel consumption. The CVT transmission package allows a quicker shift ratio which reduces the wastage of fuel and helps in building a good EPA.

Initially, Murano was built over the FF – L platform of Nissan. That was totally a front – wheel – drive concept. The platform brought a series of success to Nissan in North America. This was because of its extended suspension performance.

The present day Murano uses the D – Platform for its front – wheel – drive cars. The system is a bit shorter than the FF – L platform. But its shortness has helped in building up some good mileage for Murano.

There is nothing to complain about the performance of this car. Whether it’s the speed or acceleration, all respond well to the prevalent driving conditions. But when you go around sharper turns, there is some lag found in the handling. The steering wheel becomes stiffer to roll. Well, someway or another, it becomes a competitive catch for our Nissan Murano. 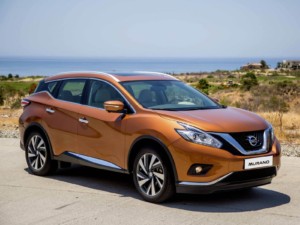 It has a sporty looking structure. It looks much smarter and beautiful than regular subcompact SUVs.It’ss attractive structure makes it a fashionable car. Though it even seems that it might be expensive, through its stylish cosmetics. But in real, it’s pretty economic on the wallet. 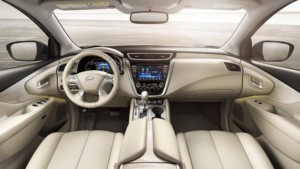 The interior of Nissan Murano is spectacular. When it is compared to its competitors, it leads the chart. The smoother dash surface, attractive colors and beautifully designed interior trims look expensive. But it does not affect the price of Murano. Yet it is the most economic SUV in its level.

When we get to the seats, they seem much like those installed in airplanes. The comfort level of the seating makes it a fun to drive over long journeys. 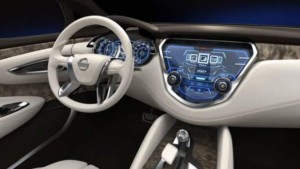 There are a number of complaints received against the interactive buttons in the cars. But the reviews about Murano are certainly different. The interactive stitches and buttons are quite responsive and soft. Particularly the whole infotainment system of Murano is easier to use. The audio selection, climate adjustment, navigation and else are quite user friendly over the infotainment panel.

There is even an upgrade available for the infotainment screen. However, it is available in the upper level trims in the series. 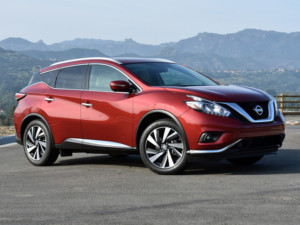 The last year model of Murano earned a 4 star overall rating over its safety and security. The side strikes earned it good score, but the front collision and roll – over tests earned it 4 stars. While the model for 2017 is still to be accessed.

The basic safety package of Nissan Murano has every necessary inclusion. It has ample amount of air bags and other safety tools and accessories.

See Also: How To Prepare You Car For The Winter

With what Nissan is offering, it makes the competition a bit tougher. But we still managed to find a match. It is the Hyundai Santa Fe Sport which begins from $26,250. The high of tech Santa Fe Sport takes the lead because of its user-friendly cabin and smoother steering.

If you are looking to get some entry level SUV or to get down to the smaller SUVs, then Nissan Murano could be a good choice. Whether it’s fuel, price or maintenance, Murano is easier to keep.

See Also:  Tips On How To Maintain A Car Properly