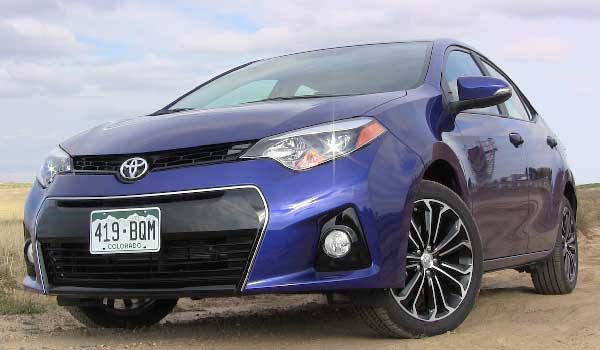 Car fuel economy is established based on a number which is calculated between the travelled distance and the fuel consumption. The latter depends on the size of a car (the bigger it is, the heavier, and, therefore, more fuel is needed for the transportation), on which functionalities passengers are using (e.g. a continuous use of air conditioning can trigger higher fuel consumption and an excessive use of the vehicle battery) and on various stunts and tricks drivers may perform (such as accelerating fast or braking abruptly).

People started taking an interest into designing fuel efficient vehicles ever since the beginning of the 20th century, when an American experiment took place in 1916 and resulted in the construction of a vehicle that weighed only 135 pounds. The automobile had a simplified light-weight gas engine, which was initially designed for a fuel-powered bicycle prototype.

According to the official US government source for fuel economy information, the best gas mileage cars 2014 are the following:

The same source states that, when it comes to economical automobiles, the following models flunk the economy test miserably:

Drivers keen on green will rejoice. The fresh Volkswagen Jetta Sportswagen is getting back in 2015. The new model will feature a 1.8-liter engine, responsible for 170 hp. Its fuel economy is of 26 mpg inside the city and of 36 mpg on a highway.

Another interesting choice is the  Audi A7 TDI Quattro Tiptronic, which was launched in 2014. The car is a clean diesel and a luxury sedan. Its has a 3.0L engine and a maximum speed of 155mph. It offers clients an economy of 24 mpg inside the city and of 38 mpg on a highway.

The BMW 328d could be another valid option, from the same category of automobiles. With an economy of 32 inside a city and of 45 on a highway, the smart-looking German car offers a power that resembles the one of VW Golf and the VW Jetta. It has a 2.0-liter turbocharged engine and a 181 horsepower.

The Ford Fiesta SFE, belonging to the greatest and one of the oldest American car manufacturers, comes in two versions: hatchback and sedan. Its features include a 1.6-liter engine with 120 horsepower, and a fuel economy of 29 inside the city and 40 on a highway.

The Chevrolet Cruze is yet another option when it comes to fuel efficiency. It has a 2.0L Diesel 6AT engine and this fuel version offers an average economy of 46 mpg. The model is also known for its high resistance in covering outstandingly long distances.

One other impressive model is the Lincoln MKZ Hybrid, which, unlike other models that we’ve already talked about, is a truly luxury car with great fuel economy. The vehicle was launched in 2014 and has an average gas mileage of 45 mpg. The hood holds an American 2.0-liter 4-cylinder engine, responsible for 141 hp.


From Asia comes the amazing Hyundai Accent, which is now one of the most acclaimed automobiles when speaking about fuel economy and efficiency: 30 mpg inside the city and 40 mpg on a highway. The car comes equipped with a 1.6-liter engine and a horsepower of 138. Hyundai is known for performing major improvements on its models, and over the years, this also happened in the case of this one.

The Kia Soul has indeed been ranked as one of the top fuel efficient vehicles of our times, but be careful if you expect safety and economy altogether. The model has, unfortunately, been voted one of the poorest from the current market, when considering passenger security. The car offers an economy of 27 mpg in a city and of 35 mpg on a highway. It also has a 1.6-liter engine and a horsepower of 138.

The exciting Toyota Corolla is another choice that may satisfy environment-friendly people. With an average economy of 30 (resulting from the combination between the 35 mpg inside a city and the 42 mpg on a highway), a 1.8-L engine and 140 hp, this model promises to enhance all drivers’ experience, by gifting them with power and high fuel efficiency.

So which models are the best for great gas mileage?

To conclude, we’ll tell you that if you prefer a small car, the Smart Fortwo is the best choice, whereas if you’re looking for a fuel-efficient, yet luxurious ride, go for the Lincoln MKZ Hybrid. The first one is the best choice you could make if you’re focusing on reducing pollution, while the second one combines a sleek design with a satisfactory fuel economy.