Skip to content
Home » Bill Gates and His 3 Porsches 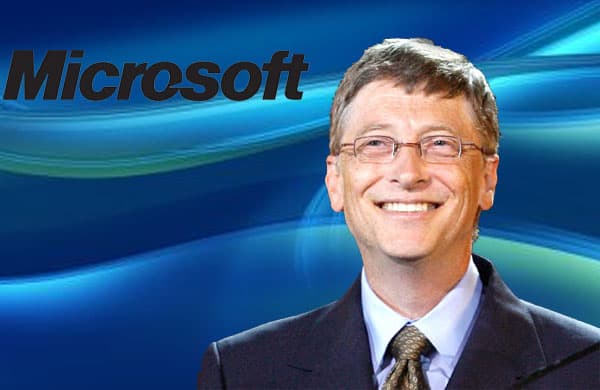 Bill Gates is one of the most famous entrepreneurs, software programmers and influencers of the last century. He was the living image of Microsoft until 2008, when he decided to retire from his job as the CEO of the company. He then moved on to building the Bill and Melinda Gates Foundation, which is a small organization focused on improving health conditions of poor peoples around the globe.

As all the other magnificent influencers of the 20th century, Bill Gates also started his social and financial ascension when he was very young. It is said that, at the age of only 13, he was already capable of designing and implementing a computer program. It’s also no wonder that this brilliant mind later on studied at Harvard. In the 1970s, he joined forces with Paul Allen and created a small company that would become Microsoft, while the two were both employed for MITS. Surprisingly enough, Gates dropped out of college and his parents agreed to the decision. After all, college education had nothing to do with the young man’s passion for entrepreneurship and technology innovation.

Microsoft went on to set up various successful collaborations with other software companies, out of which the most acclaimed is IBM. In fact, IBM bought the MS-DOS operating system from Microsoft for $50,000, which was a good start for the small company.

Bill Gates is fond of his fast cars

Traditionally, Gates enjoys driving a 2008 Ford Focus. By way of explanation, this means that he doesn’t take his sports vehicles out of the garage on any regular day. The Focus is, evidently, quite a useful car, which comes with a fuel economy of 24 mpg inside a city and 35 mpg on the highway. It’s also available in 6 styles and even the most expensive one, the SES 4dr Sedan, can be bought at a relatively friendly price of less than $17,000.

Although he doesn’t like flaunting his wealth all over the place, Gates admits to owning 3 extremely expensive cars. They’re not as expensive as the Bugatti Veyron or any Maybach, for that matter, but they are sports vehicles that belong to a famous German manufacturer: Porsche.

The Carrera model has been in production since 1963 and the greatest reason for it being so loved by car aficionados is its amazing design. The 911 comes either as a coupe, a cabriolet or a Targa. Gates used to own a 1979 model featuring a 3.3-liter engine, responsible for providing 300 hp. He relinquished his possession in 2012, when he decided to put it up for auction. Although the auction house initially believed his car would sell for only $62,000, it ended up being purchased for $80,000. Ironically, although the identity of the current owner was not revealed, he’s a German business man.

The 930 also goes by the name of 911 Turbo, which is why it’s constantly being mistook by the other model. The 930 is a sports car produced between 1975 and 1989, which is available as a 2-door or a 2+2 Coupe, Cabriolet, Targa and Speedster. It only features 2 types of engines: the 3.0 liter one belonged to vehicles manufactured between 1975 and 1977, while the other, the 3.3 liter one, comes with automobiles that were produced from 1978 and 1989. The model belonging to the American entrepreneur can go from 0 to 60 mph in a matter of only 5.2 seconds and has a maximum speed of 153 miles per hour.

In spite of the immense financial worth of Bill Gates, the 959 Coupe he now owns has an interesting story. Because the vehicle had no known crash ratings, the United States prohibited its introduction in the country. Consequently, the automobile spent more than a decade in the Port of Seattle, because it had been retained by the US Customs Service.

In 1999, Gates could finally become the real owner of the car, thanks to a law emitted by President Bill Clinton, who banished safety regulations for a limited number of collectible cars. Among them stood the Porsche 959 Coupe, that belonged to the Microsoft persona and it could be considered a rare enough vehicle, because only 337 cars had ever been produced.

The model can reach 60 mph in a matter of only 3.7 seconds and can go up to a top speed of 195 miles per hour. It comes equipped with a 2847 cc bi-turbocharged flat-6 engine and a 6-speed manual gearbox. Bill Gates could finally enjoy the car, after having waited for it for more than 10 years.

To learn about the lates Porsche 911 model, read this review of the 2015 Porsche 911 Carrera