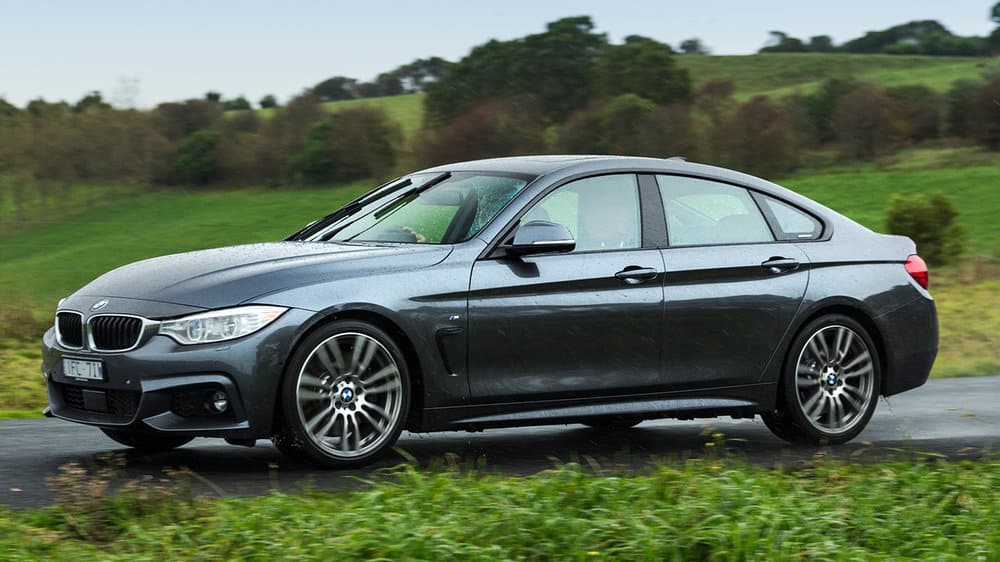 The model was initially planned to be launched as Coupe, but later two more body styles were ranged in. BMW targeted the Audi coupe with it’s 4 – Series. The model distinctions in the series are basing on the body style and the performance. The 4 – Series has the following models:

The models are further divided into sub – models. The standard models are ES and SE, while the upper level has Luxury, Sport and M Sport. The 4 – Series carries the price tag of $41,950 which is presently lowest in the line.

2.0 L is the turbo four cylinder and the 3.0 L is the turbo six cylinders in-line. The actual drive train of BMW 4 –Series is available in rear wheel drive. While there’s an optional xDrive facility available, which is for the all – wheels – drive configuration.

Germans are good in providing smooth handling to their cars. Although the 4 – Series has justified the history of BMW, but there is much to complain about the handling of the car. While when it comes to road grip, the average distribution is of 0.9 g which is sufficient for a steady control. Pirelli Tires take the credit for the sound road grip of 4 – Series.

Relatively it is expected much from the performance vehicles that they may perform well on the icy spaces. But just the two wheels configuration is not enough to provide much torque over the frictionless routes.

Indeed this is where the BMW xDrive becomes essential. When you are driving the 3.0 L BMW 4 – Series, over the xDrive, you get far more horses than the tuned 300.

Most of the shape in BMW 4 – Series models is same. Just the M Sport versions get a bit of distinction in their exterior detail. The upper you go into the model line, the bigger you get the Alloy wheels. However, the standard models (ES and SE) have the standard rims. That’s one of the only difference that could be witnessed in the exterior of BMW 4 – Series.

When we get to the front, 4 – Series has the standard BMW split grille. And when you get to the back, you get an elegantly executive 4 – Series. Precisely, the whole exterior of the car makes it stand among the royal candidates.

BMW takes luxury as the essential component for its cars. The 4 – Series is even full of comfort and luxury. Well beginning with the base models of the 4 – Series cars, the ES and SE trim get the basic interior. There is too much option available for the consumer. From the steering hood to the rear shield, there are a number of accessories available.

When we jump towards the Luxury models, the comfort is reassessed. Here the models of 4 – series get some genuine touch of luxury and comfort. The model has a wooden interior, bucket shaped seats and refined colors.

Getting towards the Sport models of the 4 – Series, we get a sporty addition to the car. Here the seats get red stitching on them. The contrast is made on the dashboard, with red lashes. The seats are the bucket shaped sporty seats for a sporty feel.

Indeed, with such a detail, BMW 4 – Series becomes essentially luxury!

The 4 – Series features a 6.5-inch touch screen powered by the BMW iDrive. Further, it offers a BMW TeleService and BMW Assist eCall for on-drive support.

The additional features consist of the BMW Comfort Access. It is standard in all the models of the series. It is a keyless entry system, which could be programmed by the driver. The car senses the key from a range and unlocks itself. On reaching the destination, the car has the ability to lock itself.

The standard safety features are present in the 4 – Series. Due to its sporty drivetrain, the car has been equipped with additional features, such as ABS and impact sensors.

The standard safety packages are even in increased number in the BMW 4 – Series, such as there is an Airbag Supplemental Restraint System (SRS) which avoid unnecessary launching of the airbags.

As mentioned earlier, BMW targeted the Audi coupe with it’s 4 – Series. Previously it was the Audi A4 which BMW 4 – Series was competing. But presently it is the A5 in the competition. When we talk about the performance, certainly the acceleration, then 4 – Series spare much time in accelerating as compared to A5. When it comes to the price, then you may not find much difference. Relatively, 4 – Series wins the head – to – head challenge.

Besides Audi, there are a number of other competitors of BMW 4 – Series. But its classic shape, comfortable interior, and powerful drivetrain makes it a fun to drive. And such a low price tag, adds more sweet to the deal.