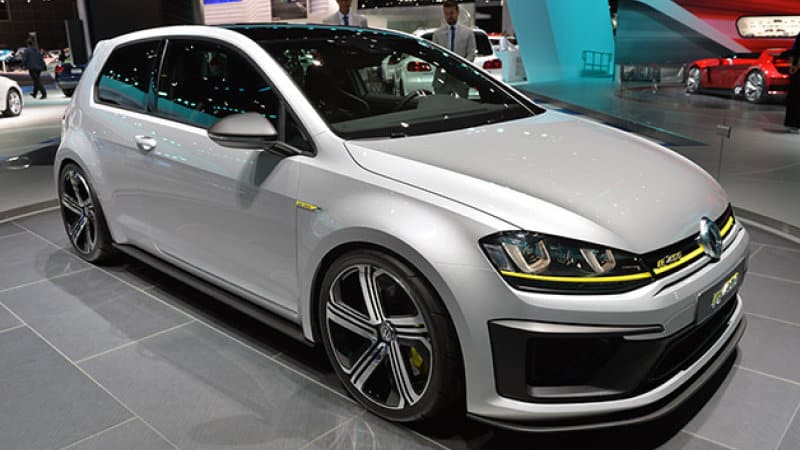 The Volkswagen Golf is one of the oldest cars in the world that are still alive. Golf came into the market in 1974. It has managed to gain attention through the use of different styles and configurations over the years.

Golf is the successor of the Volkswagen Beetle. Since its production till now, Golf has been famous among families. Its fame has earned a lot of revenue to Volkswagen. Not to forget, Golf is the second highest selling cars in the world. According to some analysis and experts, Toyota Corolla top the ranking, while some say that Beetle is the best one.

The model line of Golf consists of a number of models in the range. The models are furthered disturbed into sub-models according to the region. The famous Golf models are the Volkswagen Golf and Golf GTI. The franchise consists of a sports chassis model as well, titled as Golf R.

The Golf has an electrical model as well, known as Volkswagen e – Golf. The starting MSRP of Volkswagen Golf is $19,195.

The Volkswagen Golf is in its seventh generation. The present day model was first time introduced in 2012 with a new drivetrain. Golf has been redesigned on the MQB Platform common among a number of European cars.

The new system has helped Golf to reduce 100 kg of weight. It comes with a 2.0 L engine, available in a number of formats and fuel types. Golf was initially launched as the front wheel drive car, but now along with that all – wheels – drive format has also been launched. The Golf R is an AWD car.

A sports version from the Golf series holds the record to be the fastest front – wheel car that rode over a German track. In Nurburgring, Germany the Clubsport S ran the fastest lap during a test in 2016.

Golf is one of the best family cars on the planet. To maintain its worth and to meet the upcoming technology, Volkswagen has even launched the hybrid and electric versions of the car.

Well, this was all about the engine performance. When we tend towards the steering our Golf, then we definitely get a good companion. It’s sweet and humble steering makes the road feel lighter on you, even though you are driving in a jam-packed road.

The sleeker edges and smart trims make the Golf look more handsome. Though there is not a wide range of colors available for the Golf, but it still makes the best in those.

The models in the franchise even differ on the basis of its shape. Australian versions have slightly different trims, while the Canadian differ the European. These are not the drastic differences, but they still upgrade the model line.

The Volkswagen Golf is an excellent family car. The seats are comfortable to sit on. When we move towards the front row of the car, there we get enough space in the cockpit. The drivers’ seat is comfortable which allows to drive the car over long journeys. When we move to the side of the driver, there is even a comfortable seating.

When we move towards the back of the standard trims, there we get some catch in the car. Although the GTI and Wagon version are spacious, but the standard has lesser space. This lets you sit tightly in the back.

The trunk is pretty spacious in the versions of Golf. But when we tend to get towards the electric and hybrid drivetrain, there we get some lesser space in the trunk. This is because of the placement of the electric components.

Indeed the Golf looks pretty beautiful and comfortable car. The difference in the models of Golf even depend upon the interior. The better models get the better revision.

The Golf houses some basic equipment within it but they are quite wonderful. It has a smart speedometer with more visibility. It gets a 5 – 6.5-inch touchscreen for its infotainment system. The system supports the App – Connect. The App – Connect allows you to use your phone app on your car infotainment system. The navigational system of Golf is superb. You won’t miss even a single street when using the Golf’s Navigational Panel.

The Volkswagen Golf lies among the safest vehicles in this world. Besides the regular safety, Golf gets the parking assistant, Driver Alert system, and Rear View camera. The driving safety authorities have marked the Golf as the 5 stars safest car. That what makes it a family car, and add more fuel to its reputation.

While going through the competitions, we barely could find a match. We had a number of options, but none of them reached the level of Golf. Still, we managed to get the Mazda’s Mazda3 in. The Mazda3 is starting from some less than Golf. Even the performance chart of the Mazda3 is a bit heavier than Golf. But the agile performance of Golf makes it the best.

Volkswagen Golf is indeed a perfect choice for a family car. Its elegant design and comfortable seating keep it amazing. Indeed Golf is a fun-to-drive car.