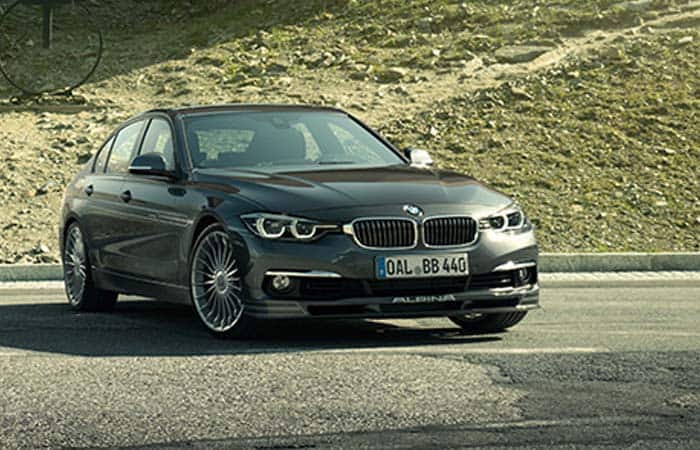 Agility always stays uncompromised. Especially when it is about the luxury cars, you would not sit back for a horse without a cushioned saddle. Instead, you would love to have all the amenities loaded on it.

The same you would expect from an overdone BMW. Way back in late 80’s, the BMW introduced a luxury edition Alpina for the 3-Series. The car was certainly different than the standard BMWs. But it was familiar with the instincts of the Alpinas.

Well, BMW was never worried about the market reception of this car. It was already understood that it would attract the luxury lovers. And the same it did in the last thirty years. In all these years it went through a series of improvements. Some changed the designing, some revamped the interior while some were concerned with the mechanism.

The mechanism is strong enough that it stands beside the sporty BMWs. While the interior is crafted with so much passion that it could certainly make most of the luxury sit down. But the exterior is pretty much similar to the BMW 3-Series. There are some differences, but not too many.

In 2011, BMW unveiled a limited edition for B3 S Biturbo. It was created in the honor of the 2011 ADAC GT Master where the Alpina B6 stood as a champion. Well, BMW the limited version as B3 GT3 and only 99 such cars were created.

The Alpina B3 S Biturbo begins from $143,000. While with every option installed the price would touch $157,000. The price does seem a bit higher than its competitors. But the B3 S Biturbo justifies it very well.

The present Alpina B3 S Biturbo gets more power as compared to the one available a couple of years back. Well, the engine caliber and size is the same, while the output has been tuned up. The 3.0 L inline-6 biturbo engine is now making 440 hp of power at 487 lb-ft of torque. While the system comes equipped with the 8-speed ZF automatic transmission.

Well, a 0-62 mph run in this car could be covered within 4.3 seconds. And when you have to drive out of the city, certainly on a freeway, you can surely hit more than 180 mph. This is indeed a complete performance package. The acceleration is absolutely on the mark. And the ZF gearbox is good in maximizing the torque and reducing the shift interval.

Ahead of speeding, the Alpina B3 S Biturbo gets some decent handling traits. The steering is remarkable. And available modes change the steering setting of the car. This allows you to steer comfortably in every situation. Further, 18-inch brake calipers are subtle to stop the car quickly.

Overall, the Alpina B3 S Biturbo offers a comparable performance to the M-Series. Though it is not characterized as a pure sports car. But her instincts definitely makes her perform like the one.

The Alpina B3 S Biturbo is as beautiful as the rest of the 3-Series. And even the styling is quite similar to the rest of the fleet. While B3 S Biturbo gets a generous amount of aerodynamics. The curvy hood and the up-west spoiler combines a lot of science to support the performance. Further, this car gets the retro-styled wheels, similar to the ones installed on the 40-year-old BMWs. Well, the wheels are available in 19 and 20-inches. Ahead of that, the styling package even includes a retro vinyl design that is based on the old sporty BMWs.

BMW has included a marvelous interior in this car. There is too much luxury that you can count on it. Along with the luxury, there is plenty of comfort within the Alpina B3 S Biturbo. Well, the interior appointment is quite beautiful. And some premium ingredients have been utilized to set this car. Like it gets the wood burled trim, Lavalina leather sports seats and accent and leather-wrapped steering wheel and gear knob. Further, the front row seats are heated and include the driver memory system for seat adjustment.

The Alpina B3 S Biturbo comes with a center mounted horizontal touchscreen infotainment system. It is an all-in-one multimedia system with music player and radio functionality. Ahead of that, this system features the Bluetooth streaming, hands-free telephony, USB ports, smartphone connectivity, and voice recognition. Navigation is also included with the system.

The Alpina B3 S Biturbo covers the safety pretty efficiently. It gets the advanced passive safety features to ensure a reliable ride. Well, it gets airbags for the front and rear row with occupant detection and deactivation system. Further, it gets the stretchable and adjustable seatbelts.

While in the active safety, you get a handful of standard safety features. They include emergency braking, adaptive cruise control, stability, and traction control. In addition to that, the driving dynamic features include parking assistant, rain sensors, headlight activator, and the tire pressure monitoring system.

The 3.0 L Jaguar XE makes a stand against the Alpina B3 S Biturbo. Well, XE hardly gets a chance to overtake the Alpina, but its sexy design and rich interior make it sit beside. Still, the Alpina gets an upper hand.