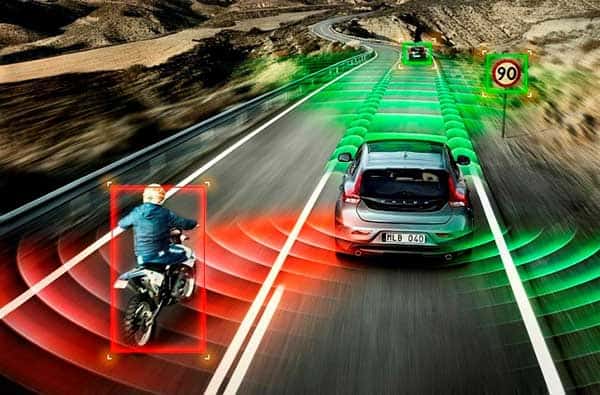 The future never looks exactly how we imagined it a few decades ago. Reliable vehicles just came into existence a century ago, and one could not have imagined driverless cars at that time.  Visions of the 21st century that were conceived in the 20th century did tend to get some things right, but most of them wrong. There have been many successes and failures and while we may not live in the world of “The Jetsons”, you can say those days aren’t far away. Where in the past, autonomous vehicles were just a part of movies and music videos, these new car technologies are successfully coming into being.

Self driving cars, and flying cars would be this century’s biggest innovations for the automobile industry. Aeromobil has recently introduced its flying car version 3.0 that is fully functional and allows drivers to take flight and land at any airport in the world and drive, park and do whatever a traditional vehicle can do. In fact, the first flying car is going for sale this year, in 2015. Google introduced its autonomous car back in 2007 and continues developing its technology to make their driverless cars more reliable and safer. So, the days of seeing new car technologies are just beginning. However, the main focus of this article would be completely on driverless car technology.

What are Autonomous Cars?

An autonomous car, also known as robotic cars, self-driving car, auto car(automatic) and driverless vehicle, as the name implies, is an autonomous vehicle that has the capability to perform all functions related to everyday driving, parking, and commuting. It is a technology that senses the environment and upon entering the destination, navigates its way without human interference.

Autonomous control implies exceptional performance under uncertainties of the environment, traffic, and many other factors. This technology will be able to compensate for system failures or be able to prevent accidents without external intervention. As you can see in the picture above, drivers would be able to simply sit back and enjoy, while the car drives you around.

Only Google has so far gone the furthest with autonomous cars, but many automakers, including Ford, Audi, Nissan, Volkswagen, and Toyota, are also entering the competition and working on developing driverless technology. Although the concept of a car driven by a computer might make many people nervous because of its novelty, the technology proves to be continuum and not a binary choice between control by a machine or a human driver.

To some extent, this technology is already available today on a smaller scale in vehicles that come equipped with adaptive cruise control, blind-spot warnings, self-adjusting speed controls, vehicle stability systems, lane management systems and self-parking assist. But ever since the states of Michigan, California, Florida, and Nevada have passed laws that permit autonomous vehicles, many reputable automakers want to turn this dream into reality.

How Will Driverless Cars Work?

Autonomous cars come equipped with the most advanced set of technologies. These include computer vision, advanced GPS, radar and LIDAR. The driverless technology works by using numerous cameras and sensors that detect and collect distance and speed data from objects, cars, and the road. The information collected from these cameras and sensors are then fed into a control module.

This module comes with unique software that calculates information from the sensors and cameras to command appropriate actuators, such as the braking system pump and steering motor. For the cars to travel from Point A to B, the autonomous technology uses the GPS system, which works with an inertial navigation system to continuously calculate speed, direction, orientation, and position of the surrounding objects, the vehicle itself, and other vehicles around.

This data will be stored on a cloud and will be continuously updated on the onboard computer, including data collected from other vehicles. The technology will allow users to input preset journeys or perhaps send a message to the car via your smartphone to pick you up from your current location. The technology seems to be potentially safer and more efficient than regular cars and could perhaps be able to avoid collisions and reduce fatalities and injuries related to accidents.

From KITT in Knight Rider, Batmobile in Batman, to I, Robot’s Audi RSQ, we have all seen what autonomous vehicles are capable of doing and just like any other technology has its own benefits, an increase in the use of autonomous technology could also make possible a wide array of potential benefits. Other than the comfort and convenience of a virtual chauffeur at your service, there are some other advantages. These include:

Autonomous vehicles will come equipped with a payload tracking system that will of course be able to track payload. These may include munitions, passengers, cargo, scientific instruments, or any other equipment. Additionally, it will even allow for faster turnaround times, thus improving vehicle performance.

Since autonomous technology will be running on a ‘computerized brain’, monitoring vehicle health would not be a problem. The technology will be able to rapidly detect engine, brakes, or any other vehicle problems and facilitate preventative maintenance. Additionally, it will allow for optimal vehicle operating parameters, thus reducing fuel costs because the vehicle will remain idle for lesser time.

Since autonomous systems will have a faster reaction time and increased reliability as compared to human drivers, there will be fewer traffic collisions. Additionally, autonomous technology will be able to efficiently monitor important data, such as speed, distance, time, and location. It results in a much smoother, comfortable and safer drive.

There might even be a reduction in car theft because of the vehicles’ self-awareness features. Overall, autonomous technology will be able to reduce the space required for parking, physical road signage, the need for vehicle insurance and traffic police. Moreover, since autonomous vehicles can drive themselves, it wouldn’t matter if the driver is unlicensed, intoxicated, blind, overage or even underage.

Autonomous vehicles will be using a GPS system along with an inertial navigation system that will decide the shortest routes to take the passengers to their specific destination. Therefore, this allows users to carry out their daily commuting much easily and faster. Autonomous vehicles may even be able to tackle various environmental conditions, such as heavy rainfall and snow, more efficiently. And this reduces the likelihood of being stranded in the middle of nowhere.

How Much Will They Cost?

Subtracting the costs of research, the technology alone adds more than $100,000 to the cost of a vehicle. So, it doesn’t matter how safe the technology might be, as only a few will be able to afford autonomous cars. Nevertheless, automakers are putting in great efforts towards making the technology more affordable and reliable.

According to recent studies, by the time autonomous vehicles go into mass production, the additional cost of installing an autonomous system might fall only between $3000 and $5000. So, when will this technology be made available? Nissan, Tesla, and Audi all are working hard to have an affordable, reliable, and fully functioning ready by 2020.

Others who see the technology rising predict the costs of autonomous vehicles may cross $10,000 and might go into serious production in 2025 or 2030. According to a few other forecasts, it has been estimated that by 2040, approximately 75% of all vehicles will be autonomous.

How Safe Is The Technology?

Ah, of course, one of the most interesting questions, will a vehicle with no hands on the wheel be safer? Yes, it will! According to reports by NHTSA, 93% of crashes are caused by driver errors than by technical errors. There are more than 5 million vehicle crashes worldwide and just getting intoxicated drivers away from the steering wheel can reduce this high number of fatalities by 39%.

As you can see, there are many challenges and obstacles that have to be overcome before the technology can be made available to the general public. This raises a simple question for many: would people actually ride in driverless cars? Well, according to recent surveys, 36% people in rural areas said they will try it, 62% were inclined to pass up the chance, and only 59% of college graduates said they would.

Imagine how much fun it would be to ride in a self driving car. You could use your spare time to relax and dedicate it to yourself. Here’s a funny post we wrote on 20 cool things one could do in a driverless car, check it out.