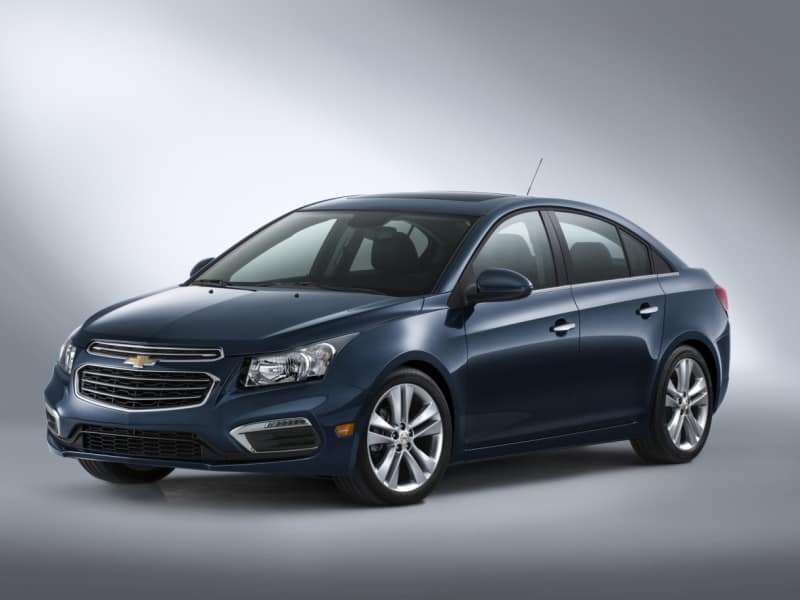 The Chevrolet Cruze is an incredibly fuel-efficient and powerful compact car manufactured by the Chevrolet division of General Motors (GM). Its name was previously used by GM between 2001 and 2008 in Japan for a subcompact hatchback known as the ‘Suzuki Ignis’. However, when Suzuki decided to change the vehicle’s name to ‘Suzuki Swift’, the nameplate automatically came under the control of General Motors, after which the Chevrolet Cruze Compact Car was introduced in 2008.

In its first model year, the vehicle was presented as a 4-door sedan. However, in the later years, the Cruze was also available in a 5-door hatchback and 5-door station wagon body style. This is one of the main reasons why it became an immediate hit, after entering the compact car segment. In fact, in a period of only five years, the vehicle generated overall sales exceeding 742,209 units in the US alone, 279,927 in China, and 128,290 in Australia.

The second generation model of the vehicle had been announced in 2013. However, it didn’t make its way into the market until 2015, where it first made its debut at the Shanghai Auto Show. It is available in two different versions for the Chinese and North American Market. Regardless, both versions have the same design, configurations, and infotainment features. The only difference lies in the engine that powers both versions of the Cruze. For example, the US Cruze features a 1.5-L turbocharged engine.

The 2015 Chevrolet Cruze raises the standard with its all-around fuel efficiency and optimal performance. The car comes equipped with a 1.8-liter four-cylinder engine that can easily produce 128 pounds of torque and horsepower of 135 (which is quite impressive for a four-cylinder engine). Add this incredibly powerful yet fuel efficient engine with the latest 6-speed manual transmission with an overdrive feature and the Cruze becomes a beast on the road!

Of course, if you want a little more power you can consider purchasing the LT and LTZ models, which are both smooth and refined and also maintain good fuel-efficiency. These models come equipped with a 1.4-liter turbocharged four-cylinder engine. Therefore, it may also prove to be a better choice than the base gasoline model. Regardless, both configurations can easily deliver an impressive fuel economy of 28 MPG in the City and 36 on the highway.

The base Cruze model features rear drum brakes and other models get four-wheel discs. The mid-level LT models feature a touring chassis whereas the high-end configurations come equipped with a sport chassis. Regardless, all configurations of the 2015 Chevrolet Cruze also handle the road well enough and deliver exceptional handling around tough corners. The ride of the vehicle is its strong point and due to this very reason the Cruze successfully manages to inspire confidence in drivers.

Chevrolet has given its level best into enhancing the curb appeal of the Cruze and the efforts can be noticed. The 2015 Cruze is incredibly stylish, handsome, and bold and for a price of just $16,170 comes equipped with some great new design cues and aerodynamic features. As you can see from the picture above, the Cruze now has a more aggressive look with its new swept-back shaped LED daytime running lights, refined front fascia and prominent grille.

The vehicle is also more detailed and delivers an edgy and aerodynamic appearance from the front and back due to its new bumpers. Therefore, all these new design features mix together and give the Cruze a sporty and bold presence on the road. However, this doesn’t mean the car was just designed for good looks, as Chevrolet has also added plenty of room for cargo. You can easily store large items in the impressive 15.4 cubic feet of cargo space.

Therefore, the 2015 Chevrolet Cruze proves to be the perfect small family car! But, that’s not all; Chevrolet has also taken care of its car-enthusiast fan base. The brand offers a new RS Appearance Package for the Cruze that can be ordered as an option on the LT and LTZ and base trim levels, which add racier rear and front plastic fascias, front fog lamps, aero rocker moldings, and a rear spoiler to the vehicle, all without affecting the mechanicals. So, what else could you ask for?

In terms of interior styling, there is nothing much one can say other than completely ‘Amazing’. It seems that Chevrolet has saved its best efforts for the interior, where drivers actually spend most of their time. For a price of just $16,170, the Chevrolet Cruze wows us with some incredibly high-quality materials and a solid upscale impression.

The vehicle is nicely detailed and not to mention incredibly pleasant to look at. It can be said Chevy has successfully pulled with the difficult task of giving the Cruze a stylish and functional look (which is quite impressive considering it’s a compact car!). Door lock releases and trunk releases have been moved to the center console and door panels, respectively.

New cupholders have been added and the car also features a new wraparound instrument panel that makes it incredibly easy for the driver to reach for anything or operate the functions of the car conveniently. Therefore, it can be said that the Cruze has an ambiance that Chevrolet has got right from the start.
Fit and finish have also been excellent in every configuration of the Cruze tested and Chevrolet has implemented a variety of smart design touches such as padding in the right places and knobs with rubber ribs, making it easier to grip. All in all, the 2015 Chevrolet Cruze accurately conveys the impression of luxury and value from its interior.

The 2015 Chevrolet Cruze offers an entire range of infotainment and user-convenience features. The base level Cruze does show a few signs of cost-cutting, yet it stays updated with the necessary features that come equipped in all modern cars. These include a six-speaker sound system with auxiliary input, air conditioning and heating, power mirrors, windows, and locks, and keyless entry.

Once the Wi-Fi has been setup, you can easily connect up to seven devices to the internet, hence allowing you to stay updated and in-touch with your family members and friends even while driving. You can even stay connected to your Chevrolet Cruze vehicle at all times by downloading the MyChevrolet mobile app that allows you to unlock doors, contact roadside assistance, check diagnostics and more.

The 2015 Chevrolet Cruze continues to amaze us through its features and improvements and now even provides exceptional safety to the driver and passengers. The vehicle has done incredibly well in the crash-test safety ratings from both the Insurance Institute of Highway Safety (IIHS) and the federal government and even comes equipped with a range of handy safety features.

These include a new pedal assembly system, stability control, and ten standard airbags. All Cruze models even feature Chevy’s latest OnStar Technology with Automatic Crash Response that proves incredibly handy in circumstances of an accident or a crash. This is because this system automatically notifies OnStar regarding the crash upon which they immediately send help to your location.

Other safety features include rear park assist, rear-cross traffic alert, and side blind zone alert. The Insurance Institute for Highway Safety (IIHS) has given the Cruze top ‘good’ ratings in every category, except for the new small-overlap test where it was rated ‘marginal’. Even the National Traffic Safety Administration has given top ratings to the Cruze by giving it five stars on overall safety.

As you can see, the 2015 Chevrolet Cruze does well in all categories and delivers exceptional performance and fuel efficiency, while also maintaining a good conservative exterior and stylish and luxurious exterior. Therefore, all of these features have created quite a competition of the Cruze. Some of the top competitors of the vehicle include the 2015 Volkswagen Jetta, Toyota Corolla, Hyundai Elantra, Ford Focus, and Mazda M3.