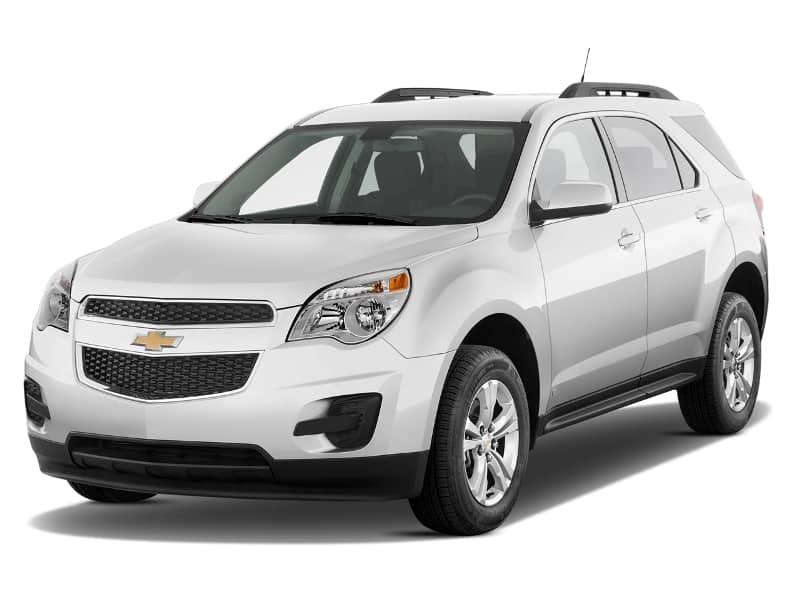 Based on GM’s Theta unibody platform, the Equinox is a compact crossover SUV manufactured by Chevrolet. It was the first and probably one of the best compact crossovers introduced by the brand that is popular for its exceptional performance, reliability, safety, and durability. The vehicle made its debut in 2004 and was generally inspired by the similar Suzuki XL7 and Saturn Vue cars introduced in 2000. However, the main difference with the Equinox is that it has a much larger body frame.

It is currently sold in the Middle East, Canada, US, and the Philippines and even has numerous special and limited editions. Sportier versions of the vehicle are also available, hence making it a popular choice even among car-enthusiasts. Therefore, the vehicle has definitely earned quite an amazing reputation even though only two generations have been introduced. In fact, ever since its inception the vehicle has successfully generated a total of 1,613,909 sales (in the US alone).

The second generation of the Chevrolet Equinox was announced in 2008 and made its debut at the North American International Auto Show in 2009. However, the vehicle didn’t go into product until 2010. The 2015 Model is also a part of the second generation Equinox and with the start of the New Year, has also been able to grab the attention of many crossover lovers. This is mainly because the 2015 model year has undergone significant changes in terms of styling, performance, and features.

The 2015 Chevrolet Equinox proves to be a blast to drive and handles exceptionally well for its size. It comes equipped with a regular unleaded I4, 2.4-liter engine that can generate an impressive 182 horsepower and 172 pounds of torque. Therefore, the performance of the vehicle is reasonably well for a four-cylinder engine, but if you want something a bit more practical, a V6 option is also available (at a higher price of course).

Regardless, even the base model is incredibly fun to drive and has a surprisingly amazing acceleration, giving it a nice sporty touch. It has a high first gear for takeoff and performance gets better with each upshift, while maintaining good fuel efficiency. In fact, the car’s 2.4-liter engine can easily give up to 22 MPG in the City and 32 on the highway, without breaking a sweat.

But, if you think that’s all, you are mistaken. The vehicle features a 6-speed automatic transmission that has an overdrive option, which helps the vehicle deliver optimal performance and fuel efficiency.

Combine this impressive transmission with the direct injection fuel system and the variable valve timing and you can reach from 0-60 within just 8.7 seconds. Passing power is also good, regardless if you have passengers or not. However, the only issue in terms with the engine is that its direct-injection system gives some weird clattering sounds. But, this problem is only noted in the standard 2.4 engine, otherwise the other larger and more powerful V6 trims have no problem as such.

In terms of exterior styling, the 2015 Chevrolet Equinox has undergone significant changes when compared to other old models, particularly those from 2008. The vehicle finally manages to deliver a more practical overall appearance while maintaining a luxurious and sporty look as well. The whole design of the vehicle represents a scaled-down version of the Chevrolet Transverse three-row crossover, but with a little chunkier appearance.

New bumpers, headlamps, rear lamps, fog lamps, side skirts, side mirrors, and a shortened roof has also been added to the vehicle, thus giving it a nicely proportioned feel. The detailing is also incredibly amazing and the previously boxy shape of the car has finally been removed. New 20 inch wheels have also been noted, hence adding to the overall appearance of the vehicle. Therefore, the car definitely proves to be good looking for a crossover SUV available for a price of only $22,100.

For even more refinement, Equinox is also dressed with sophisticated chrome accents including side rails, roof rack, and door handles. The rear and lower fascias also come equipped with accents to polish off the entire look. While the car may not exactly look good in bright colors, a few darkish tones such as brown, purple and of course black looks exceptionally good on the vehicle. All in all, it can be said that the vehicle has an incredibly smart design that not only turns heads, but also boosts efficiency and reduces wind drag through its aerodynamic features.

The interior of the 2015 Equinox is in pace with the rest of the Chevy lineup; it’s spacious, has a variation in theme, and has an interior that fits well with the exterior. Therefore, the vehicle is incredibly versatile and even has plenty of room for your passengers and for all your stuff. In fact, it seems that Chevy has given special consideration in regards to the space of the vehicle with its Multi-Flex sliding rear seats that can be pulled forward to add nearly 8 inches of cargo room.

These seats can also be folded completely to create 63.7 cubic feet of maximum cargo space. But that’s not all, as these special seats also have a 60/40 split-fold design, an available programmable power liftgate, and ample storage compartments, making storage a whole lot easier. Other changes to the interior include the new heated 8-way power front seats for the front passenger and driver, which add to the overall comfort of the vehicle.

Regardless of the space, the interior also seems to be incredibly practical and features a new instrument panel with framing central controls and vents neatly flanking, thus eliminated the cluttered look that was noticed in most previous year models. All this for a price of only $22,100, so what else could a person ask for?

Even though the vehicle is incredibly budget-friendly, it doesn’t lack on any important infotainment features. Standard equipment on the 2015 Chevrolet Equinox includes a voice-activated touch screen system that features MyLink connectivity (allowing you to control vehicle functions through your mobile phone) and a USB port (for purposes of charging or listening to music).

The 2015 Chevrolet Equinox has a solid reputation for safety and we can expect no less from the 2015 model year. It comes equipped with a list of safety features, including pelvic seat-mounted bags, head-curtain side airbags, electronic stability control, four-wheel disk brakes, and rear view camera. Other expensive models even feature forward collision warning system, lane departure warning, and blind-spot mirrors.

All configurations even feature GM’s famous OnStar with Automatic Crash Response system. In the event of a collision, this system using its built-in sensors can automatically call the OnStar advisor who immediately connects to your Equinox vehicle to see if you require help. Regardless if you respond or not, the OnStar Advisor can use the sensors of the vehicle to detect crash severity and use GPS technology to pinpoint your exact location and send help.

The vehicle also features high-strength materials to reduce damage and features a LATCH (Lower Anchors and Top Tethers for Children) system in order to add to the safety of children present in the vehicle in the event of when something unthinkable happens. Crash-test results of the Equinox have also been amazing and the vehicle has gained four-stars overall rating in safety from the National Highway Traffic Safety Administration (NHTSA).

With its performance, safety, interior, exterior, and infotainment features, the 2015 Chevrolet Equinox has created quite a buzz in the compact crossover SUV market. This has even attracted the attention of many hit brands in the crossover SUV market including GMC, Toyota, and Ford. Some of the top competitors of the vehicle include the Honda CR-V, GMC Terrain, and Toyota RAV4.