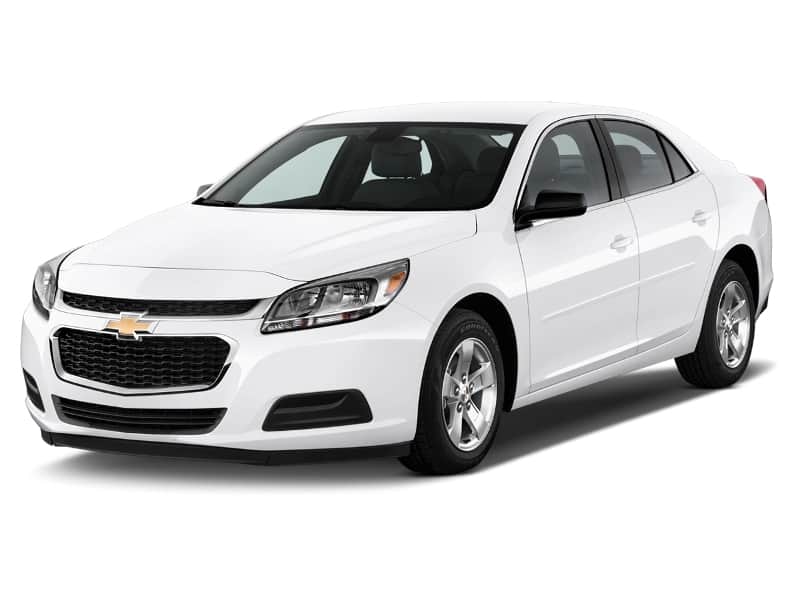 Chevrolet seems to be on fire this year, introducing one hit model after another and winning numerous awards! Just recently, the brand has also released its latest model year for the Eight Generation Chevrolet Malibu that comes equipped with a range of improvements in features, design, and overall performance. However, before we move on to the specifications of the vehicle, let’s take a look at this the history of the world famous and renowned Malibu.

The Chevrolet Malibu was generally introduced in 1964 as a top-line sub-series/trim level of the famous Chevrolet Chevelle. After making its debut in the market, the Chevrolet Malibu became a huge hit and was even sold in a range of body styles including two-seat station wagon, two-door coupe hardtop, and four-door sedan. Later year models were even sold as convertibles. It continued production till 1968, after, which the second generation model was introduced.

This model underwent a complete redesign and continued production till 1977. It was during this time, due to the vast popularity the vehicle had gained, Chevrolet finally decided to introduce the Malibu as a separate vehicle. Therefore, in 1978 the Chevrolet Malibu gained its own identity and nameplate. However, due to some technicality issues with the later models, the vehicle was unable to live up to its name and hence production of the Malibu stopped in 1983.

In 1997, Chevrolet decided to re-introduce the Malibu, but this time as a front-wheel-drive mid-size car. This was to be the fifth generation of the Malibu and continued production till 2003, after which the sixth and seventh generation models were introduced respectively. The eight generation model made its debut in 2013 generating total sales of 200,594 units in the US alone. Now, Chevy has finally introduced its latest 2015 model year of the vehicle, the 2015 Chevrolet Malibu.

This vehicle has a price tag of only $22,465 and is available in a range of configurations with much larger and powerful engines and better features and options. These include the 1 LT, 2 LT, 3 LT, 1 LTZ, and 2 LTZ. However, the main focus of this review would be on the base 1 LS model and its performance, interior, exterior, infotainment and safety features.

When compared to its previous counterparts, the 2015 Chevrolet Malibu definitely proves to drive better and deliver even more upgraded performance. It can be said that Chevy has made some serious changes to the last year’s model in order to keep up and beat some of the competition in the mid-size sedan segment. The base model of the 2015 Malibu features a four-cylinder 2.5-liter gasoline engine that generates 196 horsepower and 191 pounds of torque.

This powerful engine allows the vehicle to easily reach from 0-60 within 8.6 seconds and even gives the Malibu a top speed of 86 MPH. Therefore, the 2015 model year definitely proves to be a whole lot faster and powerful than its counterparts. However, this doesn’t mean the Chevrolet Malibu compromises on fuel-efficiency. In fact, the 2015 Chevrolet Malibu is eco-friendly and can easily deliver 25 MPG in the City and 36 on the Highway.

Previous complaints of Malibu’s ride quality and handling have also been addressed and Chevrolet has introduced some new upgrades in the suspension and transmission. The suspensions enhanced dampening has made it easier for the vehicle to tackle uneven terrain and handle around those tough corners and the new electronically controlled 6-speed automatic transmission with overdrive function has assisted on making shifting as smooth as possible, hence boosting ride quality.

The 2015 Chevrolet Malibu looks more handsome and bolder now than it was before, all thanks to Chevy adding a new two-tier grille design to the front! As you can see from the picture above, the 2015 Malibu now has a more aggressive and stylish look and is a little more generic than its previous counterparts.

However, there are plenty of similarities that can be noted in the design of the Malibu and the famous Chevy Cruze. In fact, the vehicle almost looks identical only that the Malibu is a little larger and has a lower hexogenal shaped grille. Otherwise, the car adopts the same LED daytime running headlights and the same side skirts, rear bumpers and backlights.

Apart from these changes in design, Chevrolet has also added slim bands of chrome in various parts of vehicle, thus making it look more detailed and aerodynamic than before. It can be said that every single line has a meaning and every curve and detail has a cause. Therefore, the design of the 2015 Chevrolet Malibu although similar to the Chevrolet Cruze, definitely proves to be perfect in every aspect.

The 2015 Chevrolet Malibu has proved to be aesthetically advanced on the out, but does it offer the same refined surfacing and premium materials as its counterparts? Well, yes it does! The Chevrolet Malibu features an incredibly sleek, stylish, and luxurious interior that beats even the best of mid-size sedans in the segment.

The car, just like many of Chevy’s latest designs, features a sophisticated dual-cockpit design, hence enhancing its appearance significantly. The center console has also been upgraded and now features high quality grey glossy plastic material that’s identical to that found in Chevy’s Volt. Capacitive switches have also been replaced by real buttons in order to run the vehicle’s major functions.

Therefore, the design of the 2015 Chevrolet Malibu promotes functionality and user convenience. However, this does not mean the vehicle compromises on cargo space, leg room, head room or any other aspect related to space. Chevrolet has given precise attention to space and comfort and has offered plenty of space to seat up to 5 passengers easily and store large items through its large cargo.

The front seatbacks are also particularly designed and shaped to provide knee room for passengers sitting at the back. For those who require transportation of materials or items, Malibu even features 60/40 rear split-folding seats, hence making it easier to carry more stuff for long journeys or cross-country trips. All in all, the interior of the Chevy Malibu is spacious, luxurious, stylish, and comfortable. So, what else could you ask for?

Chevrolet continues its legacy of introducing the latest easy-to-use and user-convenience features in its cars through the 2015 Malibu. The car comes equipped with a range of the most carefree and convenient infotainment features available. From effortless navigation to mobile technology that puts accessibility in the palm of your hands, the Malibu is designed to meet all your infotainment needs.

Standard features of the Malibu include satellite radio, keyless entry, steering wheel controls, an AM/FM/CD player, cruise control, power mirrors, windows, and locks, and air conditioning. Only thing missing is Bluetooth with audio streaming and a USB port, but even these features can be purchased at an additional price.

LT trim levels add to the above features a 7.0-inch Touchscreen system with the all new MyLink technology, which connects to the driver’s smartphone, allowing them to unlock car doors, remotely start car, or check diagnostics all through the touch of a button. The system also gives access to mobile apps including Pandora, text-to-voice translation and Siri Eyes Free Mode (For iPhone Users).

Prevention is better than cure – The 2015 Chevrolet Malibu is clearly designed with this quote in mind offering a range of safety features and technologies in order to help avoid, prevent, and reduce the chances of a collision altogether. Standard features of the Chevrolet Malibu include 10 airbags including rear-seat side airbags and knee airbags, stability control, traction control, tire pressure monitoring system, and 4-wheel antilock disc brakes.

An optional safety package is also available that allows drivers to take advantage of some of the top-class safety features including blind-spot mirrors, lane-departure warnings, and forward collision alert system. However, safety doesn’t just stop here. The 2015 Chevrolet Malibu has also gained exceptional ratings from both the federal government and the Insurance Institute for Highway Safety (IIHS). The National Highway Traffic Safety Administration (NHTSA) still rates the Malibu at 5 stars.

Meanwhile, the IIHS has given the Malibu the top ‘good’ ratings in all categories regarding safety including the new and advanced small overlap frontal test. The Previous model year of the Malibu even earned the Top Safety Pick Designation of IIHS. So, if you are a safety conscious buyer, then the 2015 Chevrolet Malibu is definitely worth the buy.