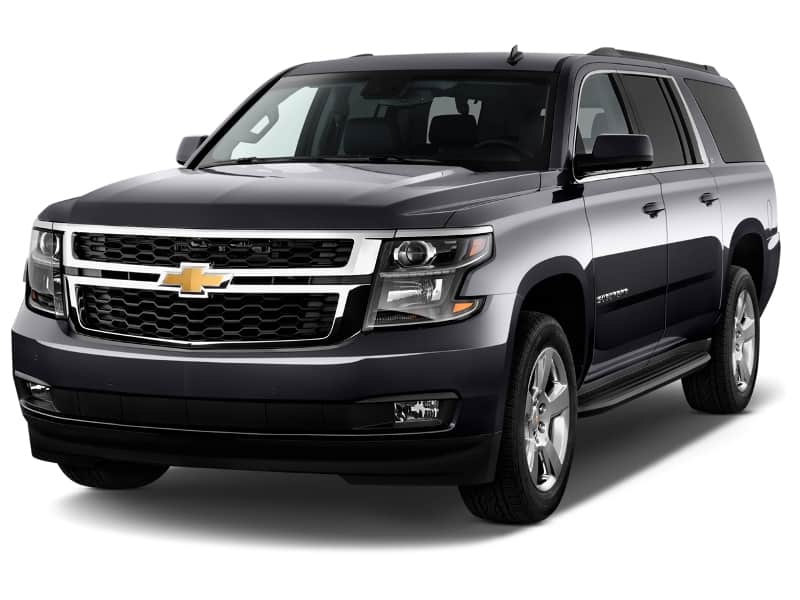 The Chevrolet Suburban is a full-size sport utility vehicle that has an incredibly long history. It is the oldest SUV on the road and has the longest continuous-use automobile production nameplate in the US, beginning from 1934. The vehicle has been GM’s most profitable vehicle for more than 7 decades and was first used as a marque by GMC, Holden and Chevrolet, but when GMC rebranded it as GMC Yukon XL in 1937 it became one of the most popular vehicles on the road from the late 30s, all the way to the 21st century.

The vehicle is sold in Mexico, the Middle East, the Philippines, Canada and the US (including the insular territories) and made its debut as a station wagon built on a 1/2 ton truck frame. It was initially built from wood for Civilian Conservation Corps and National Guard units, but over the years as the second, third, and fourth generation models were introduced it became one of the most popular passenger vehicles.

It was the sixth generation model year that was generally introduced as a SUV, which became an immediate hit around the world. Ever since then the vehicle has undergone six further generations of designs finally becoming the SUV it is today. The most popular generation, however, was of course the eleventh generation Suburban that unveiled at the 2006 Los Angeles Auto Show and continued production till 2014.

The latest twelfth generation Chevrolet Suburban was introduced to the public in 2013 and went on sale in February 2014. The 2015 made its debut as a pre-year model and in a total of 12 months time has already generated more than 84,761 sales (in the US alone). Regardless of the sales, the vehicle is popular worldwide for its reliability, durability, and safety and continues to be one of GM’s most profitable vehicles on the road.

For this year’s new 2015 Suburban, Chevrolet has made some traditional big touches similar to that of the new Chevrolet Tahoe. The vehicle features the same regular unleaded V8, 5.3 Liter engine and also delivers 383 pounds of torque and 355 horsepower. Therefore, it definitely proves to be a beast on the road. The powertrain of the vehicle is also similar to that of the Silverado and Suburban models, only that it is much stronger and powerful.

All of these performance upgrades give the Suburban a maximum towing capacity of 8,300 Lbs, which is plenty of power to tow ATVs, boats, and even RV’s. But, the best part of all is: even with this towing capacity, the Suburban doesn’t sacrifice on comfort or efficiency. This is mainly because the vehicle features a brand new suspension that is lighter and more flexible adding to delivering exceptional handling and an excellent drive.

Other changes in performance of the vehicle include the all-new cylinder deactivation model that allows the engine to turn off half of its cylinders under low-load conditions or while regular commuting where not much engine power is needed in order to save petrol. The conversion process is simple and incredibly effective. All the driver has to do is press the V4 switch and the engine converts from the large 5.3-liter V-8 engine into a smaller 2.65-liter V-4 that promotes better fuel mileage.

But, if you think that’s all, you are mistaken. The vehicle is further backed up with a new and improved six-speed automatic transmission that can be electronically controlled while on the tow/haul and override mode. Therefore, this increases the overall capability of the SUV and also adds to the driving experience. The Direct Injection fuel system also allow for the more precise and efficient mixing of air-to-fuel ratio, hence allowing the vehicle to deliver 15 MPG in the City and 23 on the Highway.

All in all, the performance of the 2015 Chevrolet Suburban has gone through significant improvement and the engine proves to be a lot more fuel efficient. Therefore, it proves to be the perfect family vehicle for long trips, as well as short commutes to the office, school, and supermarket, etc. Not to mention, all of this is available for a price of just $49,000.

In terms of exterior styling, there’s nothing much you can say about the Chevrolet Suburban other than simply and utterly amazing! Although the vehicle is a large SUV, it still delivers an incredibly stylish and luxurious appearance that very few companies have managed to deliver through their SUV’s. The Suburban has a creased-and-pressed look and proves to be incredibly aerodynamic that previous year models, especially from that of the 2007 model.

The front end of the vehicle looks similar to that of the Chevrolet Silverado 1500, but with the new headlights, bumpers, and even fog lights to make it easier for travelling at night time or on the highway. The body of the vehicle is well-sculpted and proves to be incredibly strong and durable. In fact, the latest Suburban almost appears to be indestructible with high quality and powerful materials. The rear end of the vehicle has been extended delivering more cabin space.

New polished aluminum rims have also been added. Other details include a hidden rear wiper system tucked under the spoiler, rear LED taillamps, and a new set of projector-beam headlamps. The vehicle also offers a new power-retractable side-assist function that allows passengers to get in and out of the car more safely and easily. Therefore, it seems that the all-new Suburban is purely designed to make a striking first impression, while maintaining exceptional performance, safety, and fuel efficiency.

The interior of the all new 2015 Chevrolet Suburban is one of a kind. It is perhaps the Chevrolet’s quietest SUV interior ever with storage space everywhere you look! The vehicle comes equipped with inlaid doors with triple seals and an acoustic-laminated windshield that helps reduce exterior and wind noise in the cabin.

The responsive center console has eliminated much of the clutter from the dashboard and door storage areas have been maximized even allowing room for maps, umbrellas, water bottles and other smaller items. Behind the third row seats, a hidden underfloor storage area has also been added, boosting the storage space of the vehicle.

But, that’s not all. The vehicle can easily seat up to 8 passengers or more and features up to 15 cup holders that can hold drinks just about any size or width. Best of all, the vehicle even features an efficient cargo management system to keep cargo neat and organized. The bins too have reconfigurable dividers in order to prevent items or objects from moving around while travelling.

The 2015 Chevrolet Suburban is a feast for the eyes inside and out, but does it match up to the features of Escalade and other top SUVs? Well, it doesn’t only match, but the Suburban beats even the best SUVs through its features that contribute to its functionality. The vehicle comes equipped with a wireless charging feature, allowing you to charge your phone without the hassle of cords.

Additionally, the vehicle even features a large 8-inch color touch-screen display with MyLink that gives you the liberty to control car functions through your mobile, listen to music through WiFi, and make phone calls while driving. A Bose premium sound system has also been added that has 10-speakers, along with a rear-seat entertainment system with a 9-inch diagonal screen and blu-ray playback.

The vehicle even features an OnStar Automatic Crash Response system that can automatically alert a specifically trained OnStar Advisor in the event of an accident. This OnStar Automatic Crash Response System uses GPS system to locate you and even an injury severity prediction alert to dispatch the needed help right away. So, what else could you ask for?

With its ultimate performance, interior, exterior, infotainment, and safety features Chevrolet has generated quite a buzz around the world. Therefore, it has even generated quite a competition among Toyota Sequoia, Ford Expedition, and the company’s Chevrolet Tahoe itself.