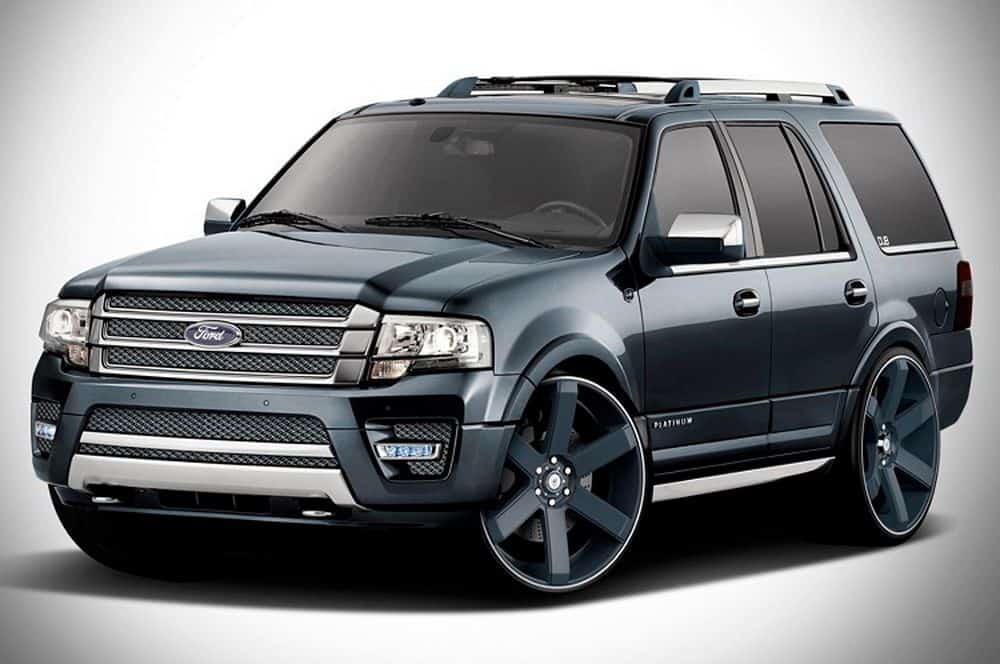 In 1996, the Ford launched the successor of the legendary Ford Bronco. Bronco had been utilized as military and civil vehicle for three decades. Bringing up a successor for such a challenging and strong vehicle was a difficult thing for Ford. But they stepped up and launched the Ford Expedition.

The year 2017 is the last year for the third generation of Ford Expedition. One of the notable vehicles from Ford, F 150, belongs to the Expedition series. And not to forget, the F 150 is the largest model of the Ford Expedition.

The series not just replaced the legendary Bronco but it has even replaced the Ford Excursion. The vehicle was based on twin trims. The initial belong to Bronco, while the later development included the progress from Lincoln Navigator.

Ford Expedition was assembled somewhere in Wayne, Michigan. It is the same place where Bronco was assembled. By 2009, the assembly point for Expedition moved to  Louisville in Kentucky. History tells that the first model of the series was built in 1991. But it was commercially launched in 1996 as the model for 1997. UN 93 program was the base development of Ford Expedition.

Subsequently, in the second generation, a number of concepts on the car remained the same. But the platform was changed. Here the Expedition was shifted to the U222 program. In both the generations, Expedition earned the highest rating from the safety departments.

The present day Ford Expedition is developed on the U324 and U354 program. The performance schedules are heavily changed. In addition, it has got a new and refreshing look. The expedition is priced as low as $47,125. The additional packages increase the price level.

The expedition comes with a 3.5 L V6 DOHC gasoline engine. Previously, a 5.4 L Triton V8 engine was also offered in the third generation of Expedition but it has been discontinued in 2014. The manumatic transmission is standard in all the models of Expedition. Along with the standard transmission, a 4 × 4 shift line is also offered.

The Expedition has been configured as the rear – wheel – drive in standard. However, the all – wheels – drive configuration is also available.

The present-day expedition has been refined mechanically. The tuning for the 3.5 L EcoBoost V6 engine has been set for 365 horses @ 420 lb – ft of torque. It is certainly an immense power.

As per the provisions of Ford, the expedition can do 15 mpg in the city and 21 on the highway. While our tests revealed that it does 20 on the highway, giving an average EPA of almost 18 mpg.

As compared to the previous generations, the present day Expedition can tow almost 500 lbs of more weight. This is all because of the ultra-tuned engine.

The models of the Expedition vary on the basis of their exterior and interior. The external differentiation includes the wheel differences, the length, and the grille.

Well at large, the Ford Expedition resembles a dashing monster. The full-length Ford Expedition SUV is certainly not less than an armored vehicle. Its shape depicts power and performance.

Besides the appearance, the Expedition has a balanced weight such that it avoids the rollover and similar crash stances. This allows the car with more performance abilities.

The Ford Expedition can seat up to 8 passengers including driver. Some additional packages allow to seat 9 passengers in total. The extended length model of the Expedition is the EL. You can get an extra space up to 130.8 cubic feet for storage purposes by folding the third and second row seats.

Throwing back the seats to the standard configuration still leave ample amount of space to seat 8 people.

Altogether there are 9 models in range in the Expedition series. The interior differences include the superior quality, leather trims, and comfortable seating. Some additional seating plans are also available.

Well, the interior improvements and revamps are even available as the after shop goods.

Ford offers the FordPass™ service for the Expedition. It is an online support for the Ford cars. Ford users can use this service to receive road-side mantainance, book parking slots and contact the dealer.

The infotainment system utilizes the SYNC® 3. As Ford Expedition is a full size SUV, so it comes with an additional Truck App facility. It assists in driving on the country roads and assists in towing. This is a comprehensive tool which allows the driver to maximize the output of the Expedition.

The safety manual of the Expedition includes all the components and equipment required. It has the ample amount of impact airbags, dual stage airbags, and much more.

The active safety recipe of the Expedition include the Control Trac® 4 × 4 System. This helps the Expedition to slip over the slippery surfaces, such as ice and wet roads.

But that’s the price that makes our Ford Expedition a suitable choice for travelers. It’s a complete package for long journeys and discoveries.