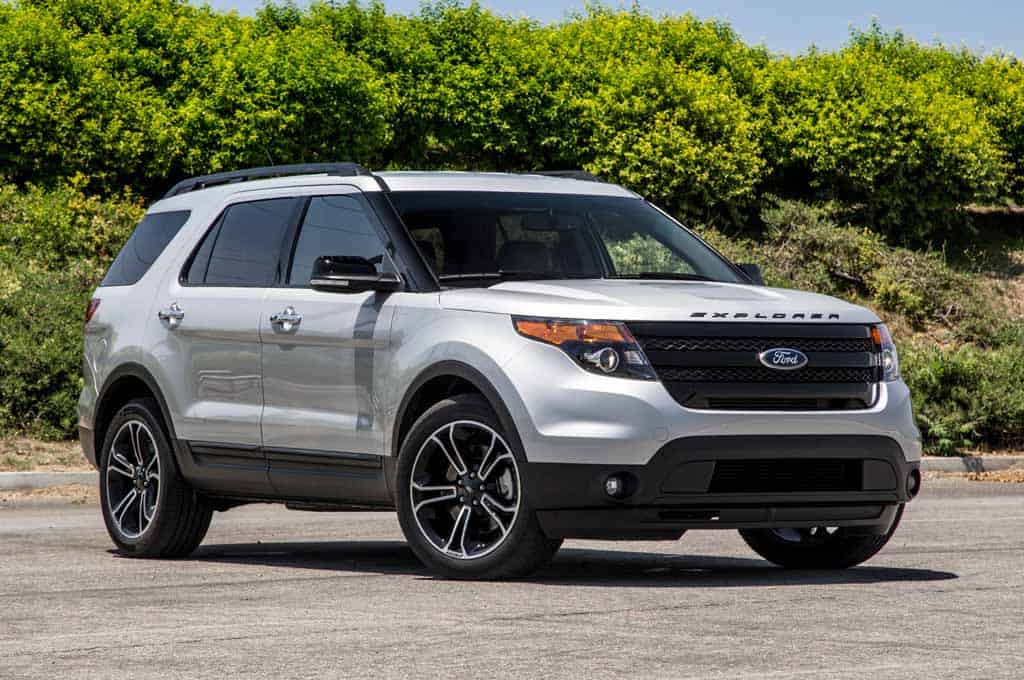 Manufactured, marketed, and mass-produced by the American manufacturer Ford, the Explorer is one of the most popular, fashionable, and admired sport utility vehicles on the road. It was generally introduced on April 12, 1990 and began mass production in May 1991. Its first generation model was made available with Ford’s own 4-speed automatic transmission and Mazda’s 5-Speed manual transmission (as another option for an additional price) and continued production till 2004.

It was during this time that the Explorer’s second generation model was introduced. The vehicle underwent significant changes in regards to interior and exterior design and even featured new suspension updates to enhance the overall handling and performance of the vehicle. This model continued production till 2001 and went through numerous year-to-year changes, after which the third-generation model made its debut in 2002. But this time the vehicle was only made available in a 5-door body style.

Additionally, this generation even saw the introduction of stability control as a standard option in the Ford Explorer along with many other safety and infotainment features. Soon enough, the fourth-generation model was introduced in 2006. This vehicle was slightly sized-up and featured a new body frame that was produced by Magna International rather than Tower Automotive. Along with this stronger frame, Ford even updated the interior by adding power-folding second and third row seats and re-designed the rear suspension that supported electronic stability control. Consequently, these features led to the SUV being nominated for the North American Truck of the Year award for 2006.

The fourth-generation Ford Explorer continued production till 2011, after which it was re-designed as a crossover SUV and introduced as the Explorer’s fifth-generation model. This vehicle featured a more modern full-size uni-body crossover SUV platform similar to that of the Ford Taurus and Flex, but would continue to be marketed as a ‘SUV’ rather than a ‘crossover SUV’. This vehicle went on sale in early 2011 and since then has undergone significant year-to-year changes.

In fact, just recently Ford has introduced its 2015 model year of the Explorer. This vehicle is available in a variety of trim levels, including three base models, XLT models, and Limited models: 2.0L, 3.5L V6, and 3.5L V6 AWD, and one sport model. However, the main focus of this review would be on the base 3.5L V6 model available for a price tag of only $30,700.

The 2015 Explorer rides and handles with great confidence and is no longer characterized among Ford’s pick-ups. Instead, the vehicle now utilizes a Volvo-derived platform, hence enhancing its overall durability, reliability, and strength and performance. The base model generally comes equipped with a large and powerful 3.5-Liter V6 Engine (shared with many Ford vehicle including the Flex and Edge), capable of delivering 255 pound-feet of torque and an astonishing horsepower of 290.

This massive power easily allows the crossover SUV to zoom from standstill to 60 in approximately 7 seconds and gives the SRX a top speed of 122 MPH. However, this improved performance does not mean the 2015 Explorer compromises on fuel-efficiency. The vehicle can easily give up to 17 miles-per-gallon (MPH) in the city and 24 on the highway. The 2015 Explorer can also easily slosh through mud, making it the perfect off-road vehicle as well.
This means you can easily get a family of seven to any bed and breakfast or ski resort that doesn’t require an overnight National Park Service permit. There’s even a multi-traction system that allows you to shift from normal to snow, sand, ruts, and mud modes in order to tailor precise braking and power to suit different types of road conditions. Apart from these upgrades, Ford has also added a sport-tuned suspension to enhance tight handling and stability and a 6-Speed SelectShift Automatic transmission (with paddle shifters on the steering wheel for manual gear changing).

The 2015 Ford Explorer wraps its tremendous performance over an ingenious and extremely classy exterior design. It can be said that the details of the SUV are every bit as practical as they are striking and the Explorer is an embodiment of exclusiveness, a look that only few cars can offer nowadays. The chiseled-body, captivating grilles, stunning cast of aluminum wheels, and brilliant LED lamps, successfully allow the car to attract a huge audience from all around the world.
Some of the most noticeable changes in the exterior design of the vehicle include new body side cladding, wheel-lip moldings, black lower front and rear bumpers, twin chrome exhaust tips, front license plate bracket, body-color liftgate spoiler, roof side rails with black end caps, LED backlights, bi-functional projector beam halogen headlamps, solar tinted front door, and windshield glass and acoustic laminated windshield glass.

Additionally, Ford has also added a new foundry gray grille that puts the entire detailing of the exterior into place. In the center of the grille lies Ford’s logo that enhances the overall front appeal of the vehicle. Consequently, the 2015 Explorer evidently defines the finely honed styling that has become Ford’s trademark over the years. It also shows that the Explorer has successfully evolved into a proper family vehicle ever since it made its debut in 1990.

The 2015 Ford Explorer is as beautiful on the inside as it is on the outside. The interior is incredibly fashionable and comfy and delivers a sense of enthusiasm and escapade. It’s almost like luxury pours over every single and last detail of the interior and Ford makes no attempt at all to give a nod into the past, but that’s of course perfectly fine as previous model years had miserable, plastic interiors that ruined much of the reputation of the Ford Explorer.

Nevertheless, there is no doubt that the Ford Explorer has gotten better over the years and has finally delivered that perfect combination of comfort and style that many car enthusiasts look for in the best of vehicles. In fact, the Explorer is so beautiful from the inside that it’s even giving a tough competition to the Dodge Durango and Jeep Grand Cherokee, which are primarily designed to tailor good looks.

Apart from that, Explorer even provides lots of versatile cargo-carrying space, and quality materials. Intelligent lighting can also be noticed throughout the entire interior of the vehicle. Therefore, if you are looking for that perfect family vehicle that has an incredibly stylish and luxurious interior, then the 2015 Ford Explorer should definitely be at the top of your list!

In terms of infotainment and user-convenience features, the 2015 Ford Explorer offers considerably more technology for a price of only $30,700, thrashing even the best of luxury SUVs including the Honda Pilot and GMC Acadia. These features include Ford’s new MyFord and MyKey system, Bluetooth connectivity, steering-wheel audio controls, and heated mirrors.

Entertainment features include Sirius XM Satellite Radio, media hub with auxiliary input jack and courtesy light, and an AM/FM single-disc CD player with six speakers. Seating features include Third-row 50/50 split-fold bench seats, Second-row 60/40 split-fold-flat bench seats, and 6-way power driver and 4-way manual front passenger seats with richly upholstered cloth. All this for a price of only $30,700, so what else could a person ask for?

The 2015 Cadillac XTS is one of the safest vehicles on the market you can buy and comes well-equipped in terms of safety features and even earns some great crash-test scores. Not to mention, every Explorer even offers great outward visibility, thanks to a high seating position. Standard features offered include battery-saver feature, tire pressure monitoring, SecuriLock Passive Anti-Theft System, 10 standard air bags, belt-minder, traction control, SOS Post-Crash Alert system, LATCH, and Advanced Trac with RSC.

The 2015 Ford Explorer even comes equipped with a new “curve control” feature in its stability control system, which adapts and adjusts brakes and throttle to upcoming corners. The new trailer-sway control also helps the Explorer to make maximum use of its 5,000-pound towing capacity. In addition to safety equipment, the explorer has even earned top scores in both major crash-test programs: Insurance Institute of Highway safety (IIHS) and National Highway Traffic Safety Administration (NHTSA).

The IIHS gave the vehicle the title of a ‘Top Safety Pick’, including top ‘good’ score in all crash test including roof-crush test, but it earns only ‘marginal’ in the new small-overlap test. Conversely, the NHTSA gave the vehicle five stars in overall safety, but it earned only 3 stars in the rollover crash test. Nevertheless, the 2015 Ford Explorer definitely proves to be one of the safest vehicles on the road.

From the information above, it is clear that the 2015 Ford Explorer definitely proves to be one of the best full-size crossover SUV’s available on the market. Therefore, with such good reputation, it has also generated quite a competition in the marketplace. For instance, top competitors of the Explorer include the 2015 Jeep Grand Cherokee, 2015 Honda Pilot, 2015 Dodge Durango, and 2015 Buick Enclave.