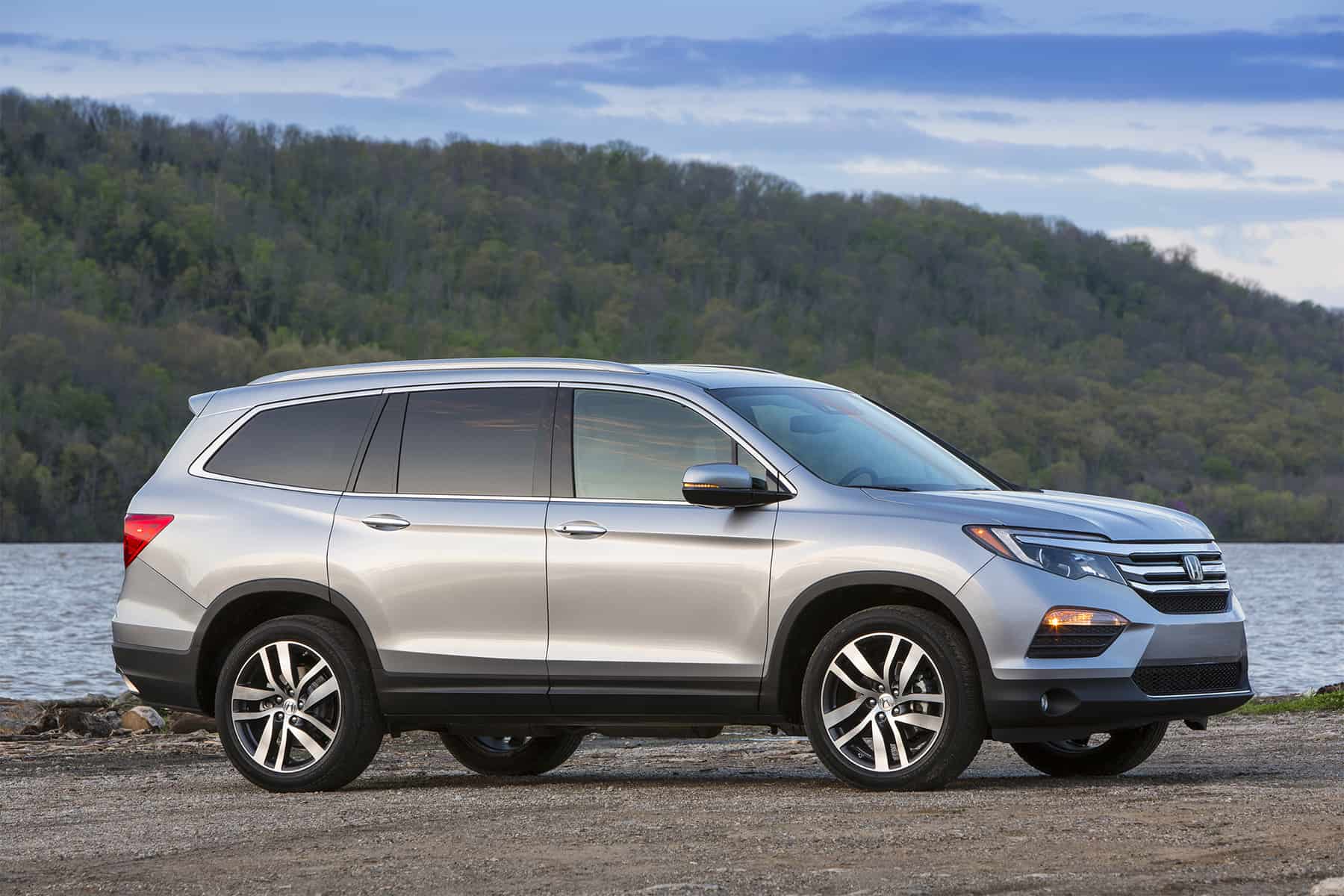 The 90’s economic crisis of Japan made the Japanese automobile makers produce only the basic vehicles. There weren’t any performance or upscale cars produced by Japan. But a few of them did build the power machine but just for the international market.

Till the beginning of the new millennium, Honda was even relying on the hatchbacks, sedans and vans. But there was slightly a full or mid-sized SUV in their fleet. The only ones they had were the compact and subcompact crossover SUVS. But in 2002, Honda came up flying with their new Pilot.

The Honda Pilot is the first-ever mid-size SUV produced by Honda. The Pilot was actually built to target North American market. But now it is available in a number of other markets with a different title. In 2003 Pilot went on sale in North America for the first time.

The Honda Pilot has been through three generations. First started off in 2003 and went till 2007. The next one was from 2009 till 2015. And finally, the third generation is here which has been launched in 2016. The Pilot for the third generation was introduced at Chicago Auto Show in 2015 for the model year 2016.

It’s only built in Lincoln, Alabama, United States. The Pilot is built in this plant since its first production. The starting price of Pilot is $30,595. The LX, EX, EX-L, Touring and Elite are the models of the Honda Pilot.

The Honda Pilot is offered with the 3.5 L V6 engine. This powertrain has 280 horses galloping at 262 lb – ft of torque. The drivetrain is mated with a 6 – speed automatic transmission while the Touring and Elite get the 9 – speed automatic with torque vectoring.

The standard driving configuration is the front – wheel – drive. While an optional all – wheels – drive is even available which is standard for the Elite trim. Honda Pilot is able to tow 3,500 lbs of weight with the FWD configuration and with the AWD it can pull up to 5,000 lbs.

The 3.5 L V6 made the 0 – 62 mph run in 6.2 seconds, with a track best of 112 mph. The previous generation missed the direct fuel injector, which helps the present Pilot to get a boost of around 30 hp. And this is what makes Pilot launch faster than its predecessor generation. Even the less weight of the car has some mighty effect on the performance.

The 6 – speed automatic transmission is almost the same as it was before. But the ZF 9 – speed automatic makes the engine stroke fastly. The tests drive revealed that the initial push on the car was not as quick as it took after the 62 mph. Getting to the quarter mile was way faster than we did with the first mark. But there was something even unusual we found in this SUV. It started trembling with the pace, which prompted us that it’s a SUV, not a sports car.

The handling is fine, but there was nothing there that could make us call it a sharp city rider. It turned smoothly and elegantly but not quickly.

The Honda Pilot and Odyssey are pretty resembling cars. Though they are siblings and are produced by the same Honda. But we could hardly find a difference between both the cars. It seems like the Honda Pilot is the SUV version of the Odyssey. Well, we do found some differences at the rear and at the top.  The Pilot is a high roof SUV, and falls back like all the SUVs does. This is what makes it look different from Odyssey, otherwise, you have read our words.

Well, Pilot is 300 lbs lighter than its previous generations. This reduction in the weight help Pilot to launch faster than the last generations. And it even has the LED headlights, which we missed in the second generation Pilot.

See Also: How To Decide On The Type Of Car You Need

The third generation Honda Pilot is quite spacious. Even the last row, the third one, has enough space to sit comfortably. The adults won’t panic while sitting there, but not more than 2. As compared to the previous generations, this Pilot has soft seats and elegantly designed interior components.

The sleeker interior is better than the boxier looks like the last generation. It is even quite silent inside. You hardly hear the engine roaring or the rear car honking. The major division among the model line is done on the basis of the interior. The upper the trim level, the richer the interior is appointed.

Seems like Honda invests less on the infotainment system of its cars. Almost all of them has this custom built Honda platform, which nevertheless performs responsively. 8-inch touchscreen infotainment system is available on the upper trim levels, which is powered by Honda’s custom system. Navigation and Voice recognition is even available on the upper trim levels. There aren’t even any additional feature packages available for Honda Pilot.

We haven’t experienced a lack of safety in cars from Honda. They are heavily packed with safety equipment and most of them are standard on all the trims. The Pilot has better and sharper safety features. It has the Automatic emergency braking, Adaptive cruise control, Lane departure warning, Lane keeping assist and Road departure mitigation.

Almost every other automobile manufacturer has a SUV in its fleet. It wasn’t hard to get a competition for the Honda Pilot. The Volkswagen Atlas is the most challenging competitor of Honda Pilot. Though Atlas does not compete Pilot in terms of performance, but it is more handsome and comfortable, which makes it rank higher.

Indeed, Pilot is a subtle choice, if you have a vacation ahead. It can smoothly and silently take you to your destination. It bears a decent price tag and has good performance.