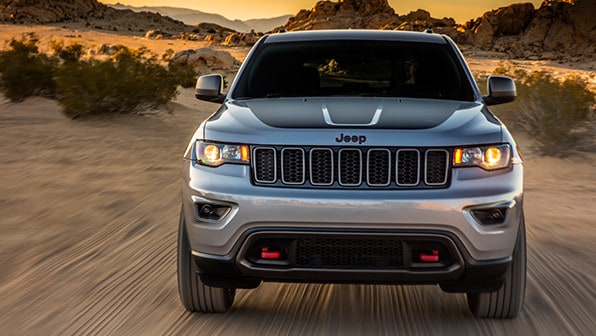 Adventure rides have always been an attraction for the world. The previous eras of automobile production restricted the off-road vehicles to military and countryside driving. But today the picture is totally different. These off-road monster have become our everyday need. And this is what led us to write on one of the best jeeps currently available in the market.

In 1974, Jeep introduced the Cherokee, as a replacement for a number of previous models. The vehicle has been a success for the company. Following its successful lead in the market, Jeep felt a need of an up-level trim, as part of their competition. In some parts of the world Jeep even planned to replace Cherokee with an improved and bigger car. And this led to some new additions.

Consequently, in 1983 the company went into the R&D to bring out a suitable candidate for the positions and by 1989 the first concept car for that position was launched. So this is how this extraordinary jeep came into being. But it des not stops here.

Jeep Concept 1 was the name given to it. Fiat, the parent company of Jeep, was much into launching minivans and estate wagons. The situation then wasn’t favorable for the company to launch a luxury ride. As Fiat had recently acquired American Motor Company, the previous parent of Jeep.

Grand Cherokee came into the market in the year 1992. It was due to its huge publicity, a large number of people already knew a lot about it. However, the car manufacturers took it to the North American International Auto Show for public display. Though the ceremony that took place for Grand Cherokee was quite grand.

Since then, Grand Cherokee has gone through 4 generations. The present day generation started in 2011. Well, there have been overall around 1 million Grand Cherokees marketed till the date.

The Jeep Grand Cherokee starts from $30,395 with 7 trim levels. The Laredo remains the base model of the franchise and SRT and Trailhawk are the performing trims of the Grand Cherokee.

The 4th Generation of Jeep Grand Cherokee began with V6 and V8 engines. The first to be launched was the 3.6 L V6 gasoline engine. This powertrain has 290 hp of power and 260 lb – ft of torque. This is the standard engine offered in every trim of the Grand Cherokee.

Jeep has been famous for its off-road capabilities. Though Grand Cherokee even has some major countryside instincts, but it even is a smooth ride to run your errands. Especially, the base level engine has everything you need in a car to drive in a city. You would not even complain about the fuel mileage of Grand Cherokee. It can give you an average mileage of 22 mpg.

Grand Cherokee wears an off-road driving costume. It has been designed to climb the mountains and run in the dirt. Whether it was Wrangler or Wagoneer, every vehicle from Jeep mandatorily wears the countryside clothes. You would miss the delicacy you get in the smaller Jeep Cherokee.

Like the standard Cherokee, Grand Cherokee is designed using the monocoque, Unibody platform. The body has not just been designed for off-road expertise. It even enhances the on-road experiences. An active aerodynamic application definitely works in the exterior of the car. And this is what makes itTo enhance the beauty of the ride 6 different types of alloy wheels are available. 17 to 20 inch painted alloys, satin, polished and with technical pocket spoke wheels are available.

So costume is differentiated on the basis of the trim. The spotlight designs are dependent of the trim. Bi – Xenon HID headlamps, DRL, and log lamps are standard on all trims. Not only this, you can even get an enormous panoramic roof in your car.

Jeep Grand Cherokee has a very comfortable and luxurious interior design. The cabin is full of leather and wood appliques. Door panels and seats are designed by using different varieties of good-quality leather. Quilted and stitched seats enhance the interior design.

The front and rear row seats are spacious. During our test, we tried to fit in 5 adult passengers include it driver in the car. And it was not bad at all. The trunk is enough spacious to carry groceries and other chores along. Most noteworthy is that on folding the 60/40 rear row seats, you get 68.3 cubic feet of space for the cargo storage.

Overall it feels a comfortable ride from the inside.

A 5.0-inch touchscreen infotainment system is available in lower trims of Grand Cherokee. Uconnect® powers the system. Radio, Bluetooth, Voice Recognition, Calling and text messages via Android are available with this system.

An upsize 8.4-inch Uconnect® touchscreen infotainment system is optionally available. The system has the same features as that in the 5.0-inch touchscreen with an addition of Sirius System. And the navigation is optional. Due to these features, the worth of the car is increased.

The safety authorities have certainly some issues with Grand Cherokee. Though they award 5 stars to this car on the basis of collision response. Since the launch of the 4th generation, the Grand Cherokee has been recalled a number of times.  And this is something which raises concerns. However, the manufacturers, as well as users, of this jeep consider it absolutely safe to use. Since it never faced serious issue so it is safe to give it a green signal in terms of safety.

The fuel tank and electronic transmission have caused some bothering for the safety assurance departments. The fuel tanks are at highest risk to explode in case of a rear impact, as they are installed at the rear of the car. Also, the Park option of the electronic transmission does not respond at times. According to some consumers, the car moves even when set in park mode. So this is something that definitely needs attention.

Dodge Durango is almost a perfect competitor of Jeep Grand Cherokee. Both the vehicles are almost the same, except design. It won’t be wrong to say that siblings are challenging each other. The comfort level of Grand Cherokee makes it better than Durango. And it is due to this comfort that most of the people prefer it over various other jeeps.

Price, performance, luxury and style are in excess in Grand Cherokee. If you are an off-road enthusiast or need to fit in a huge sum of groceries, pulled up in style, then Grand Cherokee could do for you. In other words, this jeep has definitely got something for everyone.

On the other hand, you may also check out our 2018 review of the Jeep Grand Cherokee Trackhawk.