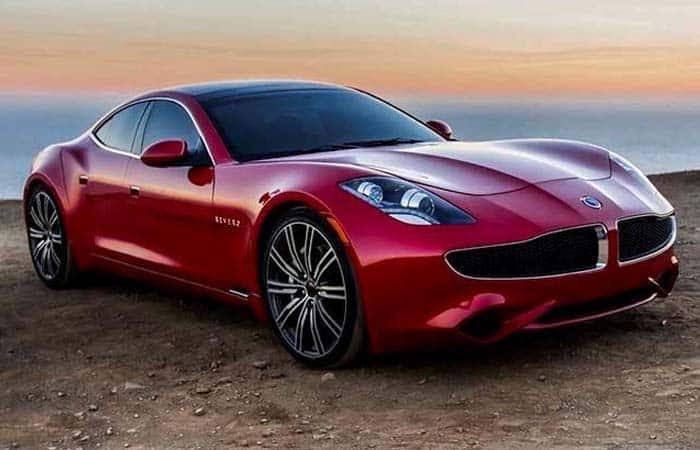 Everything has an end. Some live for long, while some just live by for a few years. Well, of course, we are talking about the cars. A lot of European cars find a way into the North American market and get a good response. While some of the European cars die out because of the low market reception.

Among those, there was once the Fisker Karma. It was one of the fine cars to be driven. Had hybrid powertrain with a decently powered gasoline engine and dual electric motors. And it produced some handsome amount of power. Well, this car a lot of fame throughout North American and the European markets. And it even received acclaim from the EPA.

But the fate of this company dwindled and it falls apart. That was the end of 2012 when the Karma’s battery producer failed to create any more batteries for this car. It affected almost 2,400 units of Karma that were awaiting those batteries. And after a long wait, the company decided to file the bankruptcy.

The Chinese Automotive company Wanxiang was successful in purchasing the remains of the Fisker. And by 2016 they realized that the Fisker Karma was able to build a good market reception. Well, they did not make any change to this car and reintroduced it as the Karma Revero. It sounds much like the Karma (Sutra) Avenger.

The guys who drove Fisker Karma would feel Karma Revero as the same car. They would not find any change in the performance belt, exterior styling, and the interior setting. The only thing they would feel better is its electric range.

The present-day Karma Revero is available for as low as $130,000. And with this price the company is eyeing to enhance their market response.

The Fisker’s Karma was well dressed according to its time. It had a remarkable drivetrain and the drive feel was cool. Well after so many years when we drove the Revero we certainly felt no difference. It is exactly the same car with just a mild increase in the electric drive range.

Well, the Revero is blessed with a 2.0 L 4-cylinder turbocharged engine. This machine is capable of generating 260 horses pounding enough torque to stand along the urbanized sports cars. Further, it gets two electric motors attached to the rear wheels making up to 150 hp of power. Overall, the system rates at 403 hp of power with 918 lb-ft of torque.

The electric system gets the support from the 21.4 kWh lithium-ion battery. It normally takes around 10 to 11 hours to fully charge this battery. While Karma says that it takes only 24 minutes to charge 80% of the battery on the QuickCharge.

When it comes to the performance, the Karma Revero is certainly another standard sedan with performance mechanism. Thanks to the electric motors that adds an additional thrust to this car. We noted around 7.5 seconds launch from 0-62 mph over the standard mode. And the top speed barely touched 115 mph.

But the sports mode tightens up the suspension and give in some additional boost to this car. Then the Karma Revero becomes able to launch from 0-62 mph in 5.4 seconds and the top speed even gets a boost.

The overall feel is awesome. The drive quality is enough to fit for a long journey. And the handling abilities are pretty fine to suit every type of ride.

The exterior design seems like an imitation. The grille appears to be from the BMW and the frontal design seems much like coming from the Maserati. Further, the rear gets a tiny spoiler with a flat trunk. The aerodynamic application is subtle to keep the car low. While the cosmetics are engaged as per the present times.

The interior seems overfilled in the cockpit. While the front row passenger seat is just static. The ingredient includes leather seats, black fiber and leather accent with leatherette knobs. Further, the front and the rear row offers a sufficient space to sit in. Along with that the back row even offers a decent space for the cargo and luggage.

The Karma Revero comes with the 10.2-inch touchscreen infotainment system. The panel offers the multimedia settings and the radio. Further, it has the Bluetooth streaming, smartphone connectivity and the telephony. Along with that, navigation is also available for this car. Well, the system seems a bit complex to use, but that it has a pretty fine design.

The Revero gets a sufficient amount of passive safety. While the active safety column is just filled with some basic features. Like it has the anti-lock braking system, the cruise control and drives mitigation system with traction and stability control.

Further, the rest of the safety depends on you. You will definitely have to drive safe to be safe.

Comparing the Karma Revero with Tesla Model S might not suit the fashion. But the fact is that that base version Model S and the Revero has pretty similar performance specs. Though the Model S is totally electric. But the Revero is doing better with its mechanism.

Well, the Revero is the call from the dead and certainly, it pricks our mind every time we think that this car was discontinued and closed. And even the specs are not different. That does become a great catch in this car. But its performance, design and structure save it a bit of luck.