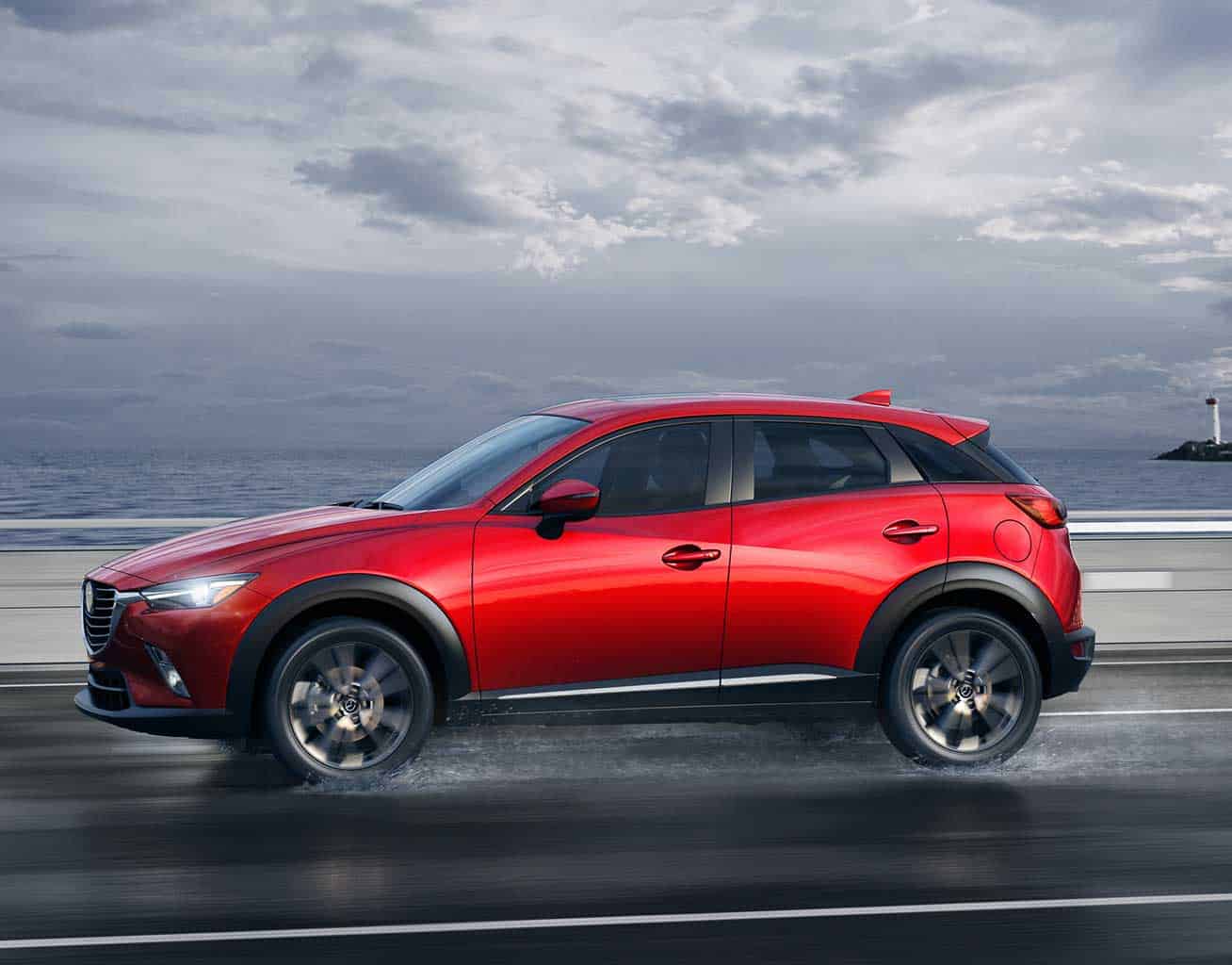 The Mazda CX – 3 is yet another entry in the world of subcompact crossover SUVs. Soon after some major economic crisis in the automobile industry, most of the firms started building the mini SUVS. These cars resemble more to some giant hatchbacks.

Some of the cars generated a good business, but some of them had mechanical and technical issues. Although it wasn’t the first time, the automobile industry jumped back to subcompact SUVs, but all that was missing was the practice. If you go around the corridors of North American and European automobile companies, you won’t really get much subcompact SUVs. But when we travel to Japan, every next company is building a mini crossover.

Mazda CX – 3 is one of the successful subcompact SUV in the world today. It is because of its agile performance, efficient drivetrain, smart looks and comfortable interior. The drivetrain of CX – 3 is almost the same as that of Mazda3.

Production and assembling of the car is taking place in Hiroshima, Japan only. The venue has not been changed yet for the CX – 3 to any other domain of Mazda. Among the models, you will find three models, namely; Sport, Touring, and Grand Touring. Some performance schedules, technology, cosmetics, and interior differentiates the models. The starting price of Mazda CX – 3 is $19,960 which goes till $29,000. In North America, the CX – 3 is considered to be the successor of Mazda2.

Not to forget, Mazda CX – 3 earned two awards. One being for its safety while the next one for its performance and looks. It has been called as the Savvy Ride of The Year by Yahoo Autos in 2016.

This Japanese Bella is offered in three different engines. The first one is the 1.3 L in-line 4 – cylinders turbocharged engine. Next, comes the 1.5 L diesel engine, which has a limited market. The max performance engine is the Skyactiv 2.0 L in-line 4 – cylinder engine. It has 146 horses @ 146 lb – ft of torque.

Among the CX series of Mazda, the CX – 5 and CX – 9 succeed our model of today. Generically they are the expanded versions. But our today’s pick is best of its class. Through its unbending performance, a North American Automotive Magazine listed Mazda CX – 3 as the Number 1 subcompact SUV for 2017.

The city cars are weighed on the basis of their EPA. The combined EPA of both the configurations (front wheel and Zoom Zoom) is 30 mpg. This is what makes Mazda CX – 3 to take control of the market.

2016 was the first year for Mazda CX – 3 in the market. For 2017, Mazda has standardized some exterior equipment. Like, in 2016 the 18-inch wheels were just available in the Grand Touring model. But now they have been made available for the Touring model as well.

Since last few models, it has been noted that Mazda is working hard to design beautiful cars. CX – 3 has been designed over the Kodo Design Pattern. The high bid on exterior designing has helped CX – 3 to generate a good market. Especially in Northern America, where the Mazda2 was operating, there CX – 3 received a far better response than Mazda2. By appearance CX – 3 looks expensive. But It is way cheaper than what it looks like.

Indeed the seating capacity is comfortable. But there are some reservations with the CX – 3. There is always a catch in good cars. Similarly, CX – 3 has got congested seats. The back row seats are not comfortable for sitting. It is congested for two passengers in the back seats while the third one totally blocks off the air.

Mazda CX – 3 received the IIHS Top Safety Pick+ Award in 2016. This marked it as the highly commendable car on the planet. Still, Mazda has made some addition for the safety of CX – 3. Previously the i – Activesense package was available only for the Grand Touring. It includes the driver assistive mechanism. The price of the package has been reduced, and has been made available for all the models in the series.

A number of comparisons show that Mazda is challenging itself. It was a bit hard to find a competition for the Mazda CX – 3. But we managed to get the Kia Soul. It has some lesser performance schedules and even a less price tag. Yet it is expected that Mazda will compete CX – 3 itself as it did with Mazda2.

The Mazda CX – 3 is a good family car. If you are looking to jump down from the SUV class into the subcompact crossover SUV, then CX – 3 could be a good choice. It’s fine performance makes it a good include. However, the back seats kill the beats.