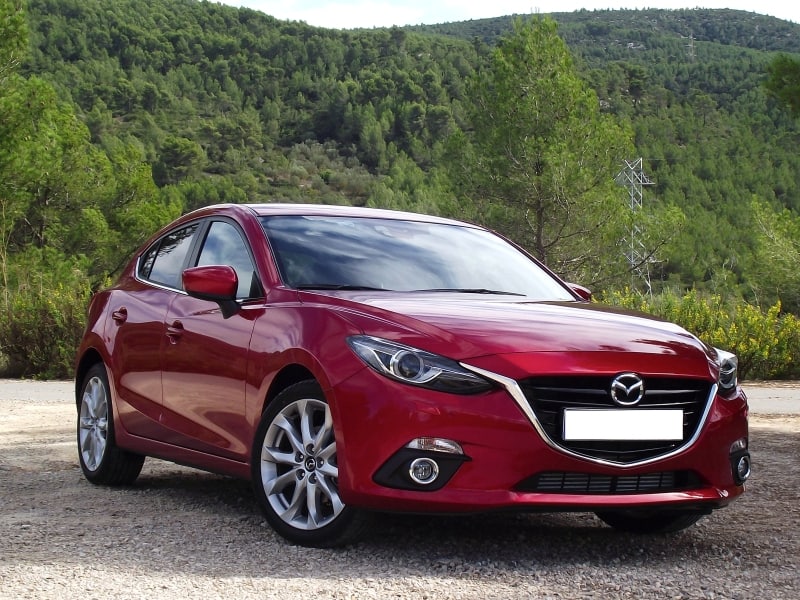 Manufactured in Japan by car company Mazda, Mazda3 or Mazda 3 is a compact car introduced in 2003 as a 2004 model. It replaced the Familia/323/Protegé. The Mazda3 has a performance-oriented version, which is called Mazdaspeed3 in North America, Mazda3 MPS in Europe, and Mazdaspeed Axela in Japan. Mazda3’s second generation was introduced in 2008 for the 2010 model year in Los Angeles. SkyActiv technology was then developed for Mazda3’s 2012 model year. Improvements include a more robust and tighter body, a new direct injection engine, and a new 6-speed transmission. Next is the third generation, which was launched in mid-2013 as a 2014 model.

Since its generation, the Mazda3 has been well-liked by critics because of the essential features it possesses. Its performance, handling, styling and interior are something that are created for excellent functionalities. Despite its reasonable price, owners liken the experience of driving Mazda3 to driving an expensive sport sedan. Though it also garnered criticisms, particularly on its crash test results in which it only got 4 out of a maximum 5 stars from the EURO NCAP Safety Testing Programme, Mazda has since addressed this concern by installing the standard six airbags. This made the car more popular, making it the second best-selling car in Canada and the best selling car in Israel from 2005 to 2007.

Basically, Mazda3’s design was inspired by Ford global C1 platform, as well as by the Ford Focus and Volvo S40. Mazda 3 offers two body styles, the four-door sedan and the five-door hatchback. Chief designer Hideki Suzuki was responsible for the initial designs, followed by Hasip Girgin in the 2000s. The front suspension has the following: MacPherson struts, with coil springs and an anti-roll bar, while the rear suspension is a Ford-designed “E-link” multi-link suspension. These are suspended on coil springs that are mounted inboard of the shock absorbers to reduce suspension intrusion into the cargo area. Moreover, four-wheel Disc brakes are fitted, with 300 mm (11.8 in) discs in the front and 279 mm (11 in) discs in the rear; ABS and electronic brake force distribution are available or standard, depending on the model. Wheel and tire sizes vary with model, from 15″ on base models to optional 17″ wheels on upper-level models.

For a sedan with a starting price of only $17,845 (for the 4-door model), the Mazda3 is really an amazing piece of creation. While it is true that it’s not the quickest and most powerful car in its category, the Mazda3 makes up for its reasonable pricing that is accompanied by engine efficiency, decent safety features, precise driving experience and even the polishing of its design. The performance will be always be worthwhile, whether you opt for the 155-horsepower, 2.0-liter inline-4 or the 184-hp, 2.5-liter version, or choose the 6-speed automatic or the 6-speed manual gearbox. Combine them together and they can promise you a remarkable performance than many other compact cars in the market.

As mentioned above, the latest Mazda 3 boasts its Skyactiv Technology, a revolutionary platform that produces unparalleled driving dynamics, maximum efficiency for a notable driving experience. Part of its performance features is its fuel efficiency, delivering nothing but utmost convenience. With up to 2.5L engine and up to 184 horsepower, the Mazda3 should really not to be underestimated. With its undeniably robust performance, the Mazda3 was included in Car and Driver “10Best” three years in a row, the latest being in 2015.

As mentioned, the Mazda3 is attractive from the outside as its design has been created with flair. It may not look as lucrative as other expensive cars of its class, but the Mazda3 has its own beauty that garners attention in a more subtle manner. Utilizing Mazda’s KODO design theme, every curve is created for perfection and is carefully sculpted to please each one’s aesthetic sense. Its wheelbase is at 106.3 inches, front is 61.2 inches, rear is 61.4, total width of 70.7 inches, and total height of 57.3 inches, while the minimum ground clearance is at 6.1 inches. Its body is comprised of the following: Halogen headlights, Daytime running lights, Variable-intermittent windshield wipers, Body-colored dual power side mirrors, Black beltline trim, and Integrated rear-window antenna. The Mazda3 is also being ran by 16-inch wheels.

The interior of the Mazda3 suffices as the front seat area is spacious and the seats provide enough support and comfort at the same time. However, adult passengers on the rear side may find themselves pushed up against the headliner. Probably a downturn of its svelte external structure, which somehow affected the interior spacing. Still, the cabin trims and materials have remarkably improved. The infotainment features inside Mazda3 is also exhilarating with the Mazda Connect system. It is being ran by a colored, huge, touch-screen display with a notably high-contrast as well. It is positioned on the top of the dash. This infotainment system is much faster with menus that can be navigated with ease. The menus can also be selected with the touch screen or with the rotary Command Controller. There’s 60/40 split fold-down rear seatback, Cloth-trimmed sport seats, and Carpet floor mats to polish its neat appearance.

Feature-wise, the Mazda3 does not stay behind innovation. It keeps up with the latest trend and equips itself with groundbreaking improvements. One is the Mazda Radar Cruise Control with Close Proximity Warning, which surely will come in handy everyday. Preset the vehicle speed and this feature will allow you to set a speed range to guide you maintain a safe distance between you and the vehicle before you down to 19 mph. Then there’s the Adaptive Front-Lighting System turning the headlight beams to increase the visibility around you. Furthermore, there’s the High Beam Control, which switches from high to low beams as soon as it senses incoming traffic or a vehicle ahead and then back again when everything’s clear. This is executed by default as part of its feature.

The Mazda3 is not only recognized for its fuel efficiency and design flair, but also for its strong security features. One is the Smart City Brake Support, which helps minimize or most probably prevent frontal collisions. This is activated when driving between about 2 and 18 mph. The brakes are automatically applied once it determines that a collision with an obstruction ahead cannot be avoided. Next is the Advanced Blind Spot Monitoring, which alerts the driver if a vehicle or an object is in one of your blind spots, which tells you that it is not safe to alter lanes. Of course, there’s the Rear Cross Traffic Alert. This feature informs you if there’s a vehicle approaching from the side when you’re backing out of a parking space or driveway.

On the other hand, there is the Lane Departure Warning System, alerting you when the system senses that the vehicle is drifting inadvertently from its current lane, though only at speeds 44 mph or higher. If ever there’s a scenario wherein you’re driving at 10 mph or speedier, the Forward Obstruction Warning helps you by sensing possible road obstacles. When this happens, the system alerts or warns the driver to brake or take another course of action that can avoid it. With the Mazda Advanced Restraint System, there are advanced dual front air bags accompanied by crash-zone & passenger weight sensors. There are front seat-belt pretensioners with force limiters, too, which is why Mazda3 was named a Top Safety Pick Plus by the IIHS courtesy of the Smart City Brake Support.

Other features are as follows: Whiplash-reducing front seat headrests, 3-point seat belts for all seating positions, Rearview camera, Collapsible steering column, and Foldaway brake pedal assembly. The security features are also excellent with the Engine-immobilizer antitheft system, E911 automatic emergency notification, Tire-Pressure Monitoring System, and the Child-safety rear door locks. Also, all models are fitted with six airbags: front and side bags for each front-seat passenger, and side-curtain bags stretching the full length of the cabin.

The Mazda3 has successfully established itself as a competitive car. Being fuel efficient, highly safe, and having that great look has made it tough for other cars of its class to outperform Mazda’s creation, considering that the price is reasonably low compared to its competitors. Of course, said competition is equally tough because of the competitive designs and performance of other vehicles. Competitors include the Ford Focus, Volkswagen Golf, Chevrolet Cruze, Honda Civic, and Dodge Dart.