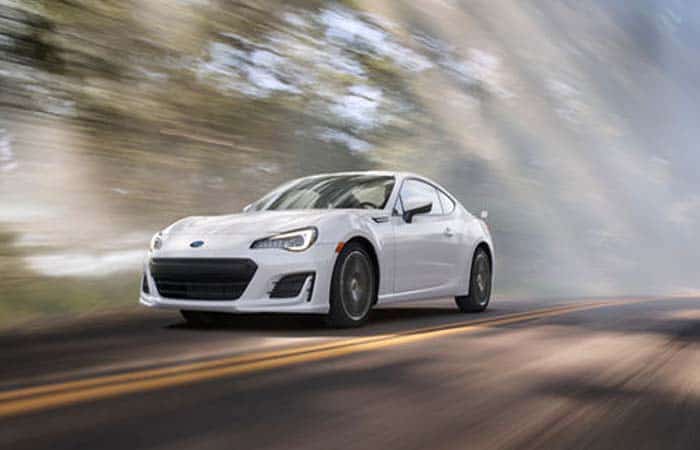 It is pretty controversial that a car is designed by three different companies with three different names. It seems likes that the automobile development is stuck somewhere and there are no more bright ideas. And at times it feels like people are more interested in getting something that is for another region and is created by an alien producer.

Well, that is the case with the Subaru BRZ. It is the half twin sister of the Toyota 86. The share the same mechanical specs, design and almost the similar interior setup. In short, these are the controversial cars of the 21st Century.

The concept for this car was introduced by Subaru. In 2008, the production of the concept vehicle began after Toyota took some shared of the Subaru Automotive. The engineers from Subaru were asked to design a coupe and develop the Boxer engine series. Though in the start it got rejected. But after a series of research, the concept design was finalized.

The Toyota 86 came out first and the BRZ came following it. It was granted less share in the market, despite it was stronger than 86. Well, the market scoring showed the difference that 86 was preferred because of the Toyota Badge. While the BRZ took appreciation because of its staunch performance.

Presently, the 86 has more share, but the BRZ ranks at the top of the leaderboard. Well, the Premium is the base version of the BRZ. It carries the price tag of $25,495 only. In addition to that, the Limited is the upscale version of this car with the base price of $27,645.

Well, now is the time to dig in the specs of Subaru BRZ!

The BRZ stands for the Boxer Engine – Rear Wheel Drive – Zenith. It seems much like a hotdog shop around a boxing ring. But the Subaru BRZ is not a bartender. She is a powerful entry-level sports car with everything in the right place.

It comes with the 2.0 L 4-cylinder Boxer Engine. It is the signature Subaru engine which is commonly found on the Subaru based sports cars. This is one of the super machines that Subaru has built up till now. Well, it is offered with 6-speed manual and automatic transmission. The manual transmission comes standard. While the automatic is optional. And we would recommend manual rather than the automatic.

With the manual transmission, the Subaru BRZ offers 205 hp of power with 156 lb-ft of torque. As compared to the Toyota 86, the BRZ has additional 5 horses. But once we jump into the BRZ automatic, we lose 5 hp of that additional power. Certainly, that 5 hp is a revision package made standard on BRZ.

Well, we rode the BRZ manual. It was full of fun. She took 6.2 seconds to reach 0-62 mph. While the automatic took a bit of more time. While the top speeds for both of these cars are same. They both have a track best of 134 mph. Well, the manual BRZ did that pretty quickly, but the automatic one was a bit lethargic.

Since, our introduction to the BRZ and the 86, we found too many. But the handling of both the cars ranked same. The steering response, braking interval and the torque vectoring was almost similar. It did not feel any difference. After handling 86 when you jump into BRZ you would feel the same like you are in 86.

The Subaru BRZ, Toyota 86 and the Scion FR-S (late) have the similar cosmetics. From a distance, it would be hard for you to identify that which one is the BRZ, 86 and the FR-S. Certainly, they all look the same.

The front design is the same. They both have the duck beak at the front. Just the only things different are the badges and the fog light design. Well, BRZ has got the full LED headlamps with an advanced DRL for the year 2017.

The sides are same, even the fender vents have the same design. And when you get to the rear, you get the same situation as that of the front. The badge and the spoiler design are different while everything else is the same.

Besides, both of these cars are very best for the drifting. They drift like no other.

The interior of the Subaru BRZ resembles much like the one in 86. But it is a bit different. Subaru has appointed the ingredients in a way better manner than the Toyota. Though, Toyota has the nice interior in most of its cars. But here the Subaru leads the race.

The riders would definitely complain about the spacing in this car. Particularly in the rear seats. And along with that, you would not appreciate the cargo spacing in this car. But the front row is neatly designed. It has a sporty cockpit with every ingredient dripping the motion of the GT sports.

The Subaru BRZ gets the 6.0-inch touchscreen infotainment system. In addition to that, the upscale version gets the 4.2-inch driver’s cluster display along with the analog speedometer. It is like a performance tracker that keeps you updated with the status of your car.

That is too much is such a cheap price. The BRZ gets the optional Magellan Navigation. Though it adds some price as well, it would not take your invoice flying high above 40 grands. Ahead of that, we do not usually expect a cool sound system in perky rides. But the Subaru has done some good investment in the tech of this car. The standard sound system is a bit junky, but the upscale version has collaborative woofers and twitters.

The BRZ has all the essential safety equipment. In the passive safety, it includes dual-stage deployment airbags, advanced frontal airbags, SRS and LATCH. Along with that, the seatbelts are adjustable with active front seat head restraints.

The active safety column has even too much included. Like it has stability control, Anti-Lock Braking System, braking assistant and the tire pressure monitoring system.

Well, the best thing is that all these safety features are standard on both the models of the Subaru BRZ.

The Mazda MX-5 Miata is even a hard fellow. She is one of the competitors of the Subaru BRZ. Well, the MX-5 Miata has certainly less power as compared to the BRZ. But it even weighs lesser. And that is how she is capable of going faster than the Subaru.

Well, BRZ is an ultimate choice if you need something soothing and flexible. Though some of its competitors rank better than her, it does not mean that it has not gutted. It is a compassionate car with a lot of fun.