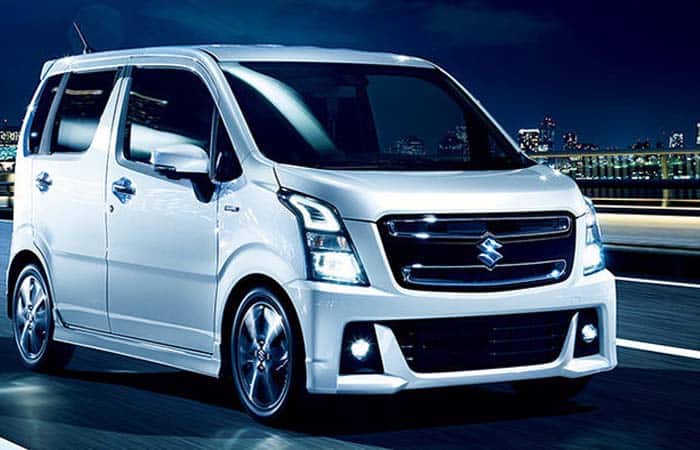 The Kei cars and the boxes have a lot of resemblances. Japanese have intelligently used this Kei car concept. They started making small cars as per the directives of the government. But they converted them into boxes, giving them a look of a wagon.

Well, one such experiment was carried out by Suzuki in the early 1990s. And the outcome was titled as the Wagon R. It was one of its kind, a tall height, flat rear and a short front. And Suzuki defined it as a Tall Wagon.

This exceptional tall wagon came out in 1993. It was a strange looking thing that looked like a box, a mini-SUV, and even cut-short panel van. While it was none of those, instead it was a Kei car, an MPV and a kind of hatchback.

In 1998 the second generation followed-out. And it was the first ever generation of Wagon R that was flown out of Japan. Further, in 2003 the third generation was introduced. And it included Stingray, a sports variant in the series. Well, it could hardly bother any other car in the market. While the actual Wagon R started gaining some decent growth for the company. And that is when the Wagon R hit some major numbers that other Suzuki cars could not do.

By 2008 Suzuki launched the fourth generation of the Wagon R. The increasing fame for this car took it to some new international venues. And Suzuki produced the 3 millionth copy of the Wagon R in the preceding year. Well, then was the fifth generation in 2012 which ended up in 2017. Finally, the sixth generation came out. And that is the present generation with a minimum price tag of $9,700.

The Suzuki Wagon R is not much attractive based on its performance quality. But it is capable of offering an economical traveling cost. Further, the Japanese variants are limited to the 0.7 L or 658cc 3-cylinder engine. It is available either as naturally aspirated with 54 horses making 55 lb-ft of torque or a turbocharged with 64 hp of power with 60 lb-ft of torque. While the natural version comes equipped with the variable-valve-timing.

Outside Japan, the Wagon R is available in two more flavors. The first one is the 1.0 L 3-cylinder engine making 67 hp of power at 66 lb-ft of torque. Additionally, this variant is available either in gasoline or CNG. While the 1.2 L 4-cylinder engine is a new inclusion in the series. Well, this machine would make 82 hp of power with 83 lb-ft of torque. And it is expected that it would only be available with automatic transmission.

The 5-speed manual comes as the standard transmission on all the models. While a 5-speed automatic is optionally available. Further, the Japanese models even get the option for continuous variable transmission.

Ahead of that, the Wagon R is also available with a hybrid drivetrain, that is capable to drive the car under 7 mph for 10 seconds. But that is only available in the Japanese market.

Well, the Suzuki has also produced a performance edition of the Wagon R, called Stingray. But that is just strong enough to roll 0-62 mph within 15 seconds.

The Suzuki has reverted the styling for Wagon R back to the first and second generation. Well, the designing for the sixth generation includes a high roof, flat tail and a retro grille. While most of the cosmetics are modern, such as the headlamps, wheels and side mirrors. Further, the South Asian models are mainly based on the third generation Wagon R. And they come with a slightly lower roof.

The Wagon R offers a lot of seating space. Though it does not like so much spacious. But that is Suzuki’s magic. Well, the interior appointments include cloth seats and fiber trim. While ambient lights and some tech-savvy ingredients are available on the higher trim models. Well, this is all you can find in the Japanese Wagon R. But outside Japan, the situation is entirely different. Though the cloth seats and the spacious setup is still there. But the comfort level decreases enough to irate you on a long drive. And for all the discomfort the credit goes to the seat adjustments.

The Japanese model gets a touchscreen infotainment system. The system features multimedia controls, smartphone connectivity, and some other entertainment features. While the navigation stays optional. Well, the other regions get a media player with the CD/DVD controller and radio. While the touchscreen is normally an aftermarket product.

In Japan, the Wagon R gets the finest safety rating. As it features almost every necessary safety equipment. While the South Asian and the Far East Asian version are hardly blessed with any safety feature. Airbags are expected to be included in the safety package. But that is even doubtful. While the Japanese version has a lot more. Such as the autonomous braking, lane keeping assistant, forward collision warning system and a few more. Though the models out of Japan are even from Suzuki. But priorities matter!

See Also: The 5 Main Tire Causes (and How to Prevent Them)

Honda’s N-WGN is yet another specialty Kei car. But its fate is limited to the Japanese market, unlike the Wagon R. Further, the Japanese variants only differ in the styling and some interior ingredients. While the performance is almost similar.

As far as Japan is concerned, the Suzuki Wagon R is indeed a fine car to drive. It is a bit stylish, offers driving comfort and is adequately powerful and economical. While in the world other than Japan, the Wagon R is just another mule.