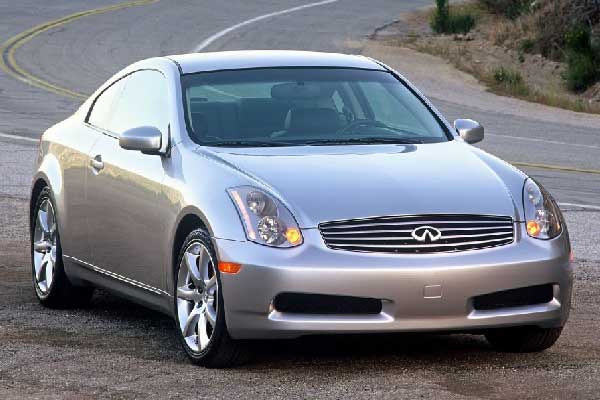 Have you ever wondered what daily rides to the supermarket would feel like in a Subaru or an Infiniti? It’s a nice dream but can it become reality? As you’ve already guessed, these cars are those vehicles that everybody would like to own but very few can afford. However, one can always opt for older versions of the cars they crave for, that are just as comfortable and reliable. We have compiled a list of the top 7 best used cars under $10,000 in 2014. Here are some interesting deals:

For those who are interested in buying the classic family car with modern touches, the 2010 Mazda3 will definitely satisfy their needs. They can choose from two body styles: either a four-door sedan or a five-door hatchback, both with front-wheel drive and a choice of two engines. The entry-level Mazda3 “i” is equipped with a 148 horsepower, 2.0-liter four-cylinder engine paired with either a five-speed manual or automatic transmission. The sportier “s” model features a 2.5-liter four-cylinder engine from the Mazda6 that releases 167 horsepower. The latter gets a six-speed manual transmission as standard but drivers can also opt for a five-speed automatic.

For those looking to buy an SUV and have a maximum of USD 10.000 to spend, the 2007 Ford Escape is a smart choice for a used vehicle. The model presents itself as a compact, four-door SUV available in four trim levels: XLS, XLT, XLT Sport and Limited. However, the Escape XLT is likely to be the best bet for most buyers, having 16-inch alloy wheels, a power driver seat, upgraded cloth upholstery, cruise control and an in-dash CD changer. The vehicle comes with a 2.3-liter inline four-cylinder engine that makes 153 horsepower and 152 pound-feet of torque. It can be matched to a five-speed manual transmission or a four-speed automatic.

Another classic and reliable family car is the 2006 Honda Civic, which is available as a sedan or a coupe. All DX, LX and EX models are powered by a SOHC 1.8-liter, inline four-cylinder engine with Honda’s i-VTEC system. The sedan engine releases 140 horsepower and 128 pound-feet of torque. The 2006 coupe version has a more powerful 197 horsepower engine and a six-speed manual gearbox.

Many see the 2011 Ford Focus as a compact sedan that, although may seem a slightly boring car, is a vehicle that fits all needs and all pockets. The model is available in S, SE, SEL and SES trim levels. The 2011 Ford Focus is powered by a 2.0-liter inline four-cylinder engine that produces 140 horsepower and 136 pound-feet of torque. A five-speed manual transmission is standard on all models with the exception of the SEL, which comes with a standard four-speed automatic.

Who wouldn’t like to have it? It’s classy, safe and, most importantly, it rides perfectly on all terrains regardless of the weather conditions. The 2004 model comes in three styles: 2.5 X, 2.5 XS, 2.5 XT. The first two have a 165 horsepower engine, while the latter has a turbocharged 210 horsepower engine. All styles are available with all-wheel drive, front fog lights as well as rear window defroster and outside temperature display.

Ever fancy driving an Infiniti? Well, did you know you can actually purchase one for less than USD 10,000? The 2004 Infiniti G35 sedans have an impressive number of features that many cars still lack today: standard heated outside mirrors, heated front seats and, on leather-equipped six-speed models only, a limited-slip differential. Other features include a standard tire-pressure monitoring system as well as the Low Emissions Vehicle status functionality.

Oh, the cool and sweet MINI Cooper will never go out of fashion and the 2003 model is one of our personal favorites! It’s got front wheel drive, a 1.6 L inline 4-cylinder engine that releases 115 horsepower and a 5-speed manual transmission. But what’s great about this car is the exterior that hasn’t changed much over the years and gives drivers the feeling of owning a piece of history with modern accents. It’s got all it takes to remain a collection car that will be modern even 30 years from now.

A second hand car is hard to find, specially with a limited budget. We have compiled a list of top 7 used vehicles under 10K in 2014.