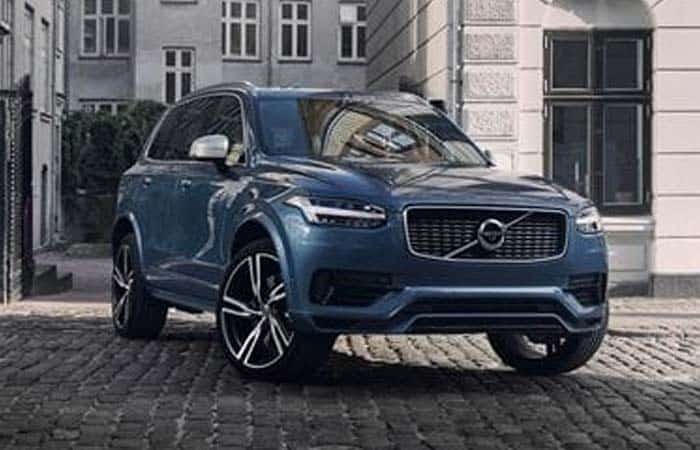 The Volvo has manufactured various everyday vehicles with decent interior setup and elegant design. But most of its designs resemble a lot of other European cars. The Volvo has even earned some fame in the world of domestic SUVs. The domestic SUVs are the one with some basic off-road abilities but follow the urban drive culture at max. One such example is the XC90 which is presently living in its second generation.

The XC90 used the Volvo’s signature platform that was utilized on almost every major sedan from this company. But as soon as the first generation reached its end, the structure of this SUV changed.

The second generation XC90 was introduced in 2014 with entirely a new design and structure. This generation is based on the SPA platform which is globally used for bigger vehicles. Well, the XC90 performed well in both of its generations. It comprehensively entered the SUV market with an acclaim received in 2003. Similarly, the second generation earned significant appreciation at its launch. But it continued to earn awards and remained the Best SUV in numerous markets.

The Volvo XC90 is available with three different fueling options. The North American versions come with either gasoline or hybrid drivetrain. And all of the drivetrains are powered by 4-cylinder engines. There is no option for the V6 and V8s available.

Well, the base version gets the 2.0 L turbocharged 4-cylinder engine. It is a hefty powertrain with 250 horses with 258 lb-ft of torque. Thanks to the turbocharger that is pulling this car. Otherwise, the natural 4-cylinder would have said sorry.

If you are not interested in this power rating, then you can go for the supercharged 4-cylinder 2.0 L engine. It is even a 2.0 L four piston pounder. But it has 66 more horses to run this SUV. And the torque is rated at 295 lb-ft.

Certainly, these are not the performance versions in the whole XC90 series. But the 400 hp hybrid with 87 hp electric motor fills up this gap. The hybrid gets the main powering source from 2.0 L turbo as well as the supercharged 4-cylinder engine. And it gets the electric power from the 9.2 kWh lithium-ion battery. Well, we used the hybrid XC90 in our tests. It revved from 0-62 mph in some good 5.3 seconds. And it recorded the track best of 132 mph. That is significant for a hybrid SUV that it performed like a sedan.

The XC90 is actually famous for its diesel drivetrains. The base model gets the 2.0 L 4-cylinder twin turbocharged engine. It makes 190 hp of power with 295 lb-ft of torque. And the next one comes with the same engine but 35 more horses with 347 lb-ft of torque. Further, these are the Euro-6b engines and emit almost 132 – 149 grams of carbon dioxide.

The Volvo XC90 gets the Swedish instincts of the exterior designing. The giant 19, 20 and 21-inch wheels, flatter surface and old-school rear make it an angry looking SUV. But the cosmetic design is quite attractive. The sexy LEDs, a huge Volvo signature grille and a vase-shaped rear make it look a bit different than the conventional SUVs.

The aerodynamic application is pretty fine. The grooves and cuts are sufficient to make this ride balanced. Further, there are some good options available for the exterior design such as the color choice.

The XC90 is available as 5 and 7 seats. Well, there is plenty of room in both the segments. And the luxury is fine enough to adjust among fashionable SUVs. The leather seats, wood , nd carbon fiber trim are some basic ingredients for the interior. Further, the comfort level is sufficient for an enjoyable ride.

Besides the seating, there is some fine space available for the cargo. And it could be increased by folding the rear seats. Well, overall the XC90 is a fine SUV, but that sense of luxury that you usually get in elite cars is certainly missing.

The Volvo XC90 gets a 9-inch vertical touchscreen for the infotainment system. Well, the system is easy as well as hard to use. The graphics and controls are enchanting, but the user interface would certainly make the user nervous. Besides that, the XC90 base model gets the 8-inch driver cluster display. While the upper trims get the 12-inch display.

Further, the Bluetooth streaming and connectivity, voice control and heads-up display are available for this SUV.

The XC90 is rated Good in its safety tests. It has almost everything that an SUV should have to ensure the safety of occupants. Further, it has plenty of active safety features. Such as the road sign information, belt reminder, rain sensor, hill descent control, parking assistant, lane keeping monitor, collision mitigation system and the adaptive cruise control. The stability, traction and the anti-lock braking system are standard for every model.

Finding a competition for an SUV is not difficult at all. And especially an SUV that is trying to embark luxury could attract a lot of rivals. Well, the BMW X6 M is the closest rival of the XC90. The X6 M is pretty much same, but it is more luxurious.

Going for the Volvo XC90 is not a bad move. But if you need some more taste of luxury than you would have to look for another option.