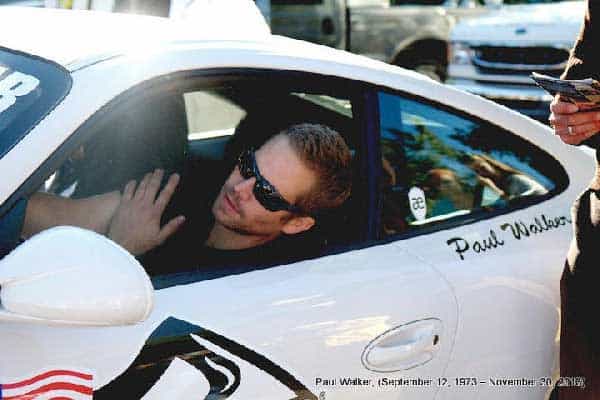 Wealth and popularity are two basic features of famous actors. Having so much money can make any individual run out of things to do. Yet the following popular stars have discovered a fresh hobby that will never become boring: racing.

List of Famous Actors Who Are Also Race Car Drivers

Even though his life ended tragically at the age of 24, James Byron Dean became an iconic figure of the 20th century, thanks to his talent in acting and his taste in driving race cars. Dean was the dream man of every girl from the beginning of the 60s. Unfortunately, he was committed to race cars both in life and in death, since the car model he passed away in was a Porsche 550. When he was outside the studio, the artist frequently joined club races that he incidentally also won, thanks to an amazing 356 Speedster.

Walker became hugely popular as a result of The Fast and Furious series, starring Vin Diesel and other widely acclaimed actors of our times. He also passed away in a car accident, in 2013. Although the automobile he was in at the time of the tragedy was a race car (Porsche), it was not Walker who was behind the wheel. During his lifetime, he joined the Redline Time Attack racing series, where he drove a BMW M3 E92.

Famous for playing the notorious Dr. Derek Shepherd (also known as “McDreamy”) from Grey’s Anatomy, Patrick Dempsey is one of those rare racing actors who are still alive. Although it is said that his performance on the race track isn’t outstanding, what’s admirable about this artist is that he’s truly passionate about his hobby. In fact, in 2002 he founded the Dempsey racing team, with the help of which he started making some progress in becoming a professional racer.

This prominent Beverly Hills star developed a passion for race car driving in the beginning of the 1990s, when he joined competitions behind the wheel of a Toyota Celica All-Trac. In 2002, during practice, he suffered a minor injury, after which he recuperated easily and fast. His convalescence lasted such a short period of time that he was able to join the Rubicon Race Team later that year.

McQueen was such a good driver that we can’t honestly make up our minds about his popularity: did it come from the movies he starred in or did it happen thanks to his excellent performances in Sebring and LeMans (1970). To quote from one of his statements, “I don’t know if I’m an actor who races or a racer who acts.”  McQueen owned various sports cars, such as a Porsche 256 Speedster and a Ferrari 250. The actor was also known for having taken an interest in motorcycling.

Hackman became popular in the virtue of his movies from the 70s. What’s fascinating about this character is that he received public acclaim as an actor and as a racetrack driver after starring in The French Connection, where we could see him race against the D train. During the same decade, the actor was known to race a Formula Ford car in his spare time.

Known as one of the greatest actors of the 20th century, Newman was also a talented driver. Interestingly enough, he became keen on racing after starring in Winning (1969). The same happened to James Garner, yet another iconic celebrity and an acclaimed racer. Paul Newman stands aside from the rest of his colleagues, that sometimes focus on gaining even more popularity, instead of striving to become good drivers. Rumor has it Newman honestly appreciated racing as a sport and fell in love with it, which ultimately led to his winning the Daytona race. At the time when this happened, he was 70 years old.