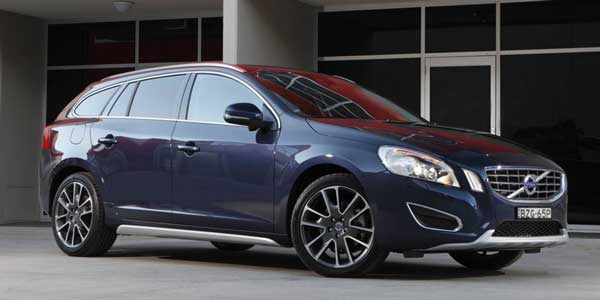 Have you ever run out of gas money? Then this list of fuel economical cars is for you

Or maybe you just had the feeling you were wasting precious bucks on fuel. If so, you might be interested in purchasing a car that’s focused on fuel efficiency, more than on anything else. Sure, you want space, and you also want your car to look like a car, but who cares about luxury, in a world dominated by a never ending financial crisis?

Fortunately, ConsumerReports.org created a ranking of the 37 most economical fuel efficient cars in the world. We’ll only present the first 20. So if you’re focused on this type of feature, choose one of these best mpg cars.

Looking for the best economical car? Pick one of the following 20.

What about the Volvo V60? Could it be the top fuel efficient vehicle of our times?

The classification that was put together by ConsumerReports.org is a little outdated, which is why we took the time to look for some even more fuel economical cars. That’s how we found the Volvo V60. According to The Telegraph, an acclaimed British publication, this is the car that became the most economical car in the world today. The report states that the Volvo model we mentioned above has a combined fuel consumption of 155 mpg, which turns it into the gold medal winner of the fuel economy competition. Unfortunately for people interested in saving some bucks, it can end up costing more than $78,000, which is an outrageously big price for an automobile. Regardless of its initial cost, which automatically makes it speak to rich people out there, Volvo is known for producing vehicles that are focused on safety. So, if you do have that kind of finances on your hands, we warmly recommend you look into the fresh Volvo V60 model.

How did the Volvo V60 become the best fuel economy automobile?

In order to become the best car for mpg, the Volvo obviously had to be a hybrid. Consequently, it comes with two motor engines, out of which a five-cylinder 2.4 liter turbo diesel is responsible for driving the front wheels, while the electric motor controls the rear axle. The former produces 215 hp and up to 440 Nm of torque, while the latter creates 70 hp and 200 Nm of torque. V60 users can choose between 3 modes: Pure, Hybrid and Power. Pure strictly relies on the use of electric power, Hybrid combines the efficiency of the internal combustion engine with the capacity of the electric motor, and Power focuses on delivering the greatest performance. When driven using the last mode, the car will go from 0 to 60 mph in only 6.1 seconds.

There is talk of Volvo working on an even more advanced prototype, which largely relies on electric power and reaches an all-electric range of more than 31 miles (this figure performed by the V60 that currently exists on the market).

It goes without saying that we are also curious to see how the Swedish car manufacturer will satisfy users’ needs of power and fuel efficiency in the future.