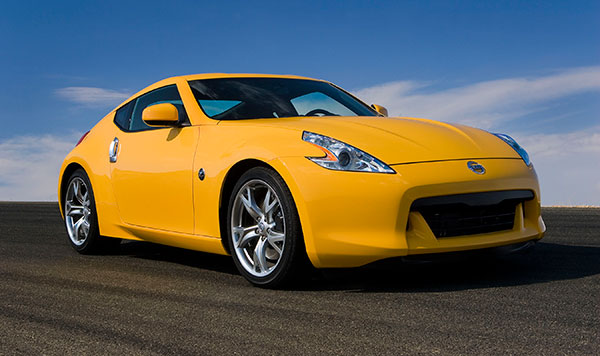 It is unfortunately a harsh reality: women are attracted to men in expensive cars, and the Telegraph published an article about it. It always looked like a bit of an exaggeration, but according to Dr. Michael Dunn from the University of Wales in Cardiff, women have a higher interest in men who drive a Bentley Continental, instead of the regular bloke and his regular Ford Fiesta.

Not convinced? Here is a video that shows how a guy uses a Lamborghini to pick up girls without even talking.

We would like to think that picking up girls isn’t the only reason for buying a car. Surely, men are attracted to other things aside from the very tempting idea of hooking up. But if you do want to get your cake, check out these models you might want to purchase anytime soon.

The greatest issue of choosing a car that attracts the attention of girls walking by is that men’s tastes in cars differ from those of women. Aside from convertibles, which are preferred by the two sides, men have an almost natural predisposition towards choosing sports cars, whereas women are more than keen on small automobiles. Some girls may look forward to jumping in a Jeep, but clearly that is not the case of all. All we’re saying is that you should choose wisely. Don’t pick an 80s Lamborghini just because you think it’s cool. It would almost certainly look kitschy to the eyes of a woman. It would also not hurt if you remained realistic and realized that women seldom like cars for their specs. By way of explanation, if you get a BMW, it’s only the name and the logo that will mean something for most girls out there.

Since we do know that money is a problem for any living human being, we’ve tried organizing this list of cars that guys use to attract girls, considering the price of the vehicles. We’ll start with the cheapest and end with the most expensive ones.

Best Cars To Pick Up Girls

The Mini Cooper Convertible is the dream of any woman on the planet. It looks great and it will also make you look like a truly stylish man. This being said, you won’t be disappointed by owning it either, especially since it can be purchased at a base price of $20,400. If you want a more powerful drive, choose the Cooper S and buy it for a little more than $25,000. This one will give you a horsepower of 189, thanks to its 2.0 L engine.

The Volvo C70 Convertible is another automobile that will surely make girls look at you differently. This car will bring you dates and you’ll have the feeling that you’ve made the right choice. Volvos are known for being super-safe vehicles, but this advantage comes at a cost that’s not easy to ignore: a basic model can be purchased for at least $38,728.

Next, comes the amazing Jaguar XK Convertible, with an estimated price of $67,000. It’s a sexy, sleek vehicle and its design and superb speed will make girls’ heads turn. It’s not doing worse in specs either, thanks to a 5-liter V8 engine, 385 horsepower, and 380 lb-ft.

We could not wrap things up without mentioning a Ferrari. You and your future girlfriend will both love this brand. If you’re among the few and lucky rich folks in the world today, you might afford a Ferrari. And even so, you might not be capable of buying one. How so?, you could ask. We’ll tell you: applying for a Ferrari somewhat resembles a process of selecting candidates for a job. If you still want to try your luck, check out the F60America, of which only 10 will ever be produced. The model commemorates 60 years since Ferrari was launched in the United States. It features two long-loved characteristics that Americans adore: a V12 engine and an open-top driving.

So there you have it. These are the brands and models that women love the most. If you choose one of these, you will most certainly attract the looks of ladies down the street, and maybe get them to hop in your car.