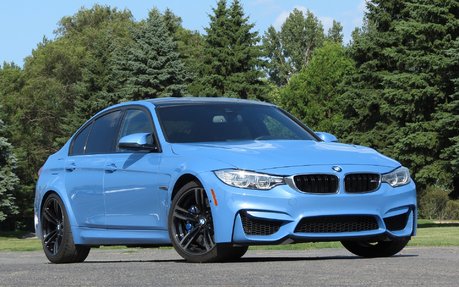 Following a trend of competition, BMW has adjusted some pros and cons of 328i. 3 – Series is famous for its family drive reception. Since its first production in 1975 till today, this German civilian has generated a good reputation.

Do you remember BMW M3 GTR and M3 GTS? Or if not, do you remember Most Wanted of 2005? The heroic car in that video game hosted BMW M3 GTR. That’s a sibling of our today’s BMW 328i.

328i shares much of the performance parts and safety parts from the sports versions of 3 – Series. The GTS and GTR versions of the 3 – Series have the similar safety packages, such as the braking and sensors. While this domestic family car is priced as low as $34,200.

Overall it’s a luxury family car. And nevertheless, it’s a fun to drive. Especially when you are jumping to a senior level of your career, you would need a road companion like this.

The BMW 328i has the N20 2.0 L Turbo four cylinder engine. The transmission has been enhanced with the ZF eight-speed automatic transmission. While there is also an option for manual transmission at six speeds. Among the 3 – Series of BMW, 328i has a significant track record. Certainly, it has been noted as the quickest of the 3 – Series.

The braking and handling of the car is lovely. Over the track, BMW 328i stopped at 163 feet from 70 to 0 mph. While when it is driven over the roads, the performance character alters a lot. The chassis shafts and powertrain adjustments make the city ride smoother. When it comes to the cornering and sharp turning, then Germans are masters of it. BMW 328i has one of the crispy steer wheel. The smoothness of the grip is around 0.95 g, which makes it almost an all – weather and all – terrain car.

But that’s not where the story ends. After such a brilliant addition, the steering capabilities of 328i as not as same as that is in the other versions of 3 – Series. It certainly becomes a catch in the performance of the car. Still, you get a good luxury to drive. Certainly the top one.

The tuners have 4 modes for the driving. Eco-pro, Comfort, Sport and Sport Plus are the available adjustments. It certainly sets the car to be driven with smoothness. The tuners adjust the chassis, suspension, engine revs and drivetrain as per the driver’s choice and the driving conditions.

The car has been lowered to reduce the drag coefficients and provide much space to the performance. The 2016 package has modified the cosmetics of the 328i. The front facelift with the signature LED headlamps improvises the looks. Further, the tail has also been modified. The taillights now got a sharper looking taillight LED package.

While the bumpers now look like the ones in the BMW 4 – Series. The elbow line on the 328i has been borrowed from the BMW M – Sport. And it will stay on from now onwards. The 18 – inch alloy wheels are added with the Michelin Pilot Super Sport Tires.

The interior takes a lot of applaud. The interior of BMW 328i is rated among the list of luxurious interiors. Certainly, the Middle Eastern magazines rate BMW 328i as one of the most luxurious car to drive. And all over it’s an eco–luxury vehicle to drive.

The steer wheel, seats, dashboard and screen panes are quite attractive. While the cockpit reception gives an aggressive 3 – Series Sports look. It is similar to the M version of the BMW 3 – Series. And there are the M Performance decals are pasted in the car.

The interior consists mainly of chroming and wood trims. Such as the dashboard has a fine wood trims, while the window panels have the chroming.

BMW 328i has the BMW Support app system. It provides the apps and BMW online support features with an excellent navigational system. The Germans automobiles have developed a quite responsive navigational system. While when you go for the Japanese and the American cars, you could get a lag in their systems. But not in the German ones.

Similar, our BMW 328i has a smooth navigational plan. While a number of upgrades are available for the infotainment panel. Such as the Keyless ignition, satellite radio and radar and camera sensors. The option of using SIM cards and the LTE technology is available.

There’s an additional feature available in this front wheel drive sedan. The xDrive feature, which allows the car to be driven at all wheels.

The driving assistive packages add more fuel to the safety. The package includes the radar sensors and the camera sensors which are an assistance in rush driving.

While rest of the safety packages are absolutely the same as they are supposed to be. The safety badge for the BMW 328i stands with the best in family sedan safety. And even all the highways and safety administrations of the world call BMW 328i to be a safe car.

The Audi A4 is a tough competitor for our BMW 328i. While, when you look around you will find a sum of rivals. But Audi A4 matches the best. A similar performance schedule, similar interior settings, and the similar price tags. It is certainly enough for being an ideal competitor.

BMW 328i is an ultimate driving package. It’s even a luxury drive and also a family drive. But whatever is chosen, 328i is a fun to drive.