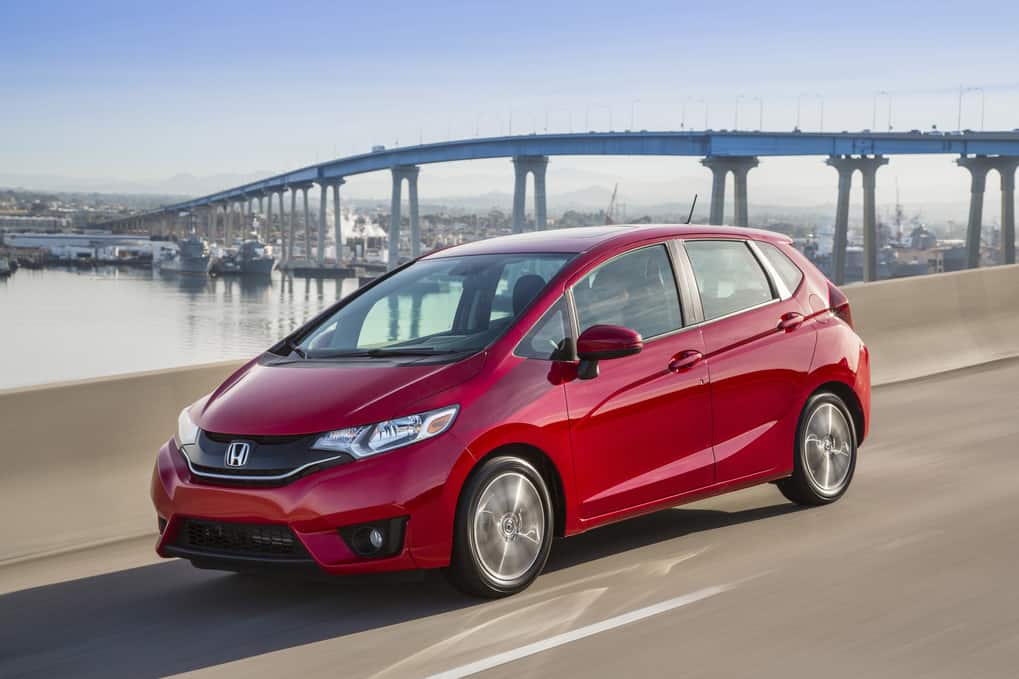 Consumer justification gives another edition to the cars manufacturing. Either they create an ascending demand or the descending supply. The supply and demand curves over the market plane of automobiles industry is in the hand of consumers.

2016 has been a fruitful year for the automobile industry. Though there had been some economic crisis in the world, but the chapter of cars got a fluency. Now let’s grab to our list selected by experts and consumers:

The Mazda MX – 5 Miata is an incredible consumer choice. The vehicle has a demand of 98% in the cars class. It’s an eco – friendly sports car which offers an EPA of 27 mpg in city and 36 mpg on highway. The eco – sporting class doesn’t even offer such a match. Beside the fuel, its enchanting looks and powerful drivetrain brings it more charm.

The 2016 Honda Fit has some good impression on the audience. This family hatchback scored 95% over the consumer rating. Though the present day edition has nothing too much changed, but still it has its impression. It’s mainly because of itssky-high fuel economy and roomy cabin which is absolutely fine for families. Precisely it’s a family car.

CR-V has been an exclusive version for Honda. It had been rated 93% demanded car by the consumers. The incredible inclusion is its finest EPA reading which makes it more economical than the rest of the Compact SUVs. With 5 models to offer and a base price of $24,000, CR-V has dominated a number of markets in the world.

It is one of the most powerful pickup truck in the world today. It has a shape like a predator, power like a beast and agile like a leader. The Ford F – 150 has a consumer demand of 89%. It is a 3.5 L V6 4WD engine with the Ford EcoBoost technology. As per the findings the Ford F – 150 has an EPA of 19 in city and 26 over highway, which makes it a relatively economical truck as compared to its ancestors.

The Subaru Forester would have gained much more response from the consumer, but it’s not sure what happened. It could be the price that took its competitors right to the front. Forester has the 2.5 L 170 hp engine with the active CVT transmission. This Compact SUV has the power to tow 1,500 lbs of weight. When it comes to the speed, then Forester can show some good power. It can reach 62 mph within 6.3 seconds. Rather it could even be the fuel economy that consumer rated it not more than 88%.

The 2016 Toyota Camry scored 85% consumer choice. What could be the reason behind this? The Nascar winner Toyota Camry has nothing too much changed. While its competitors have much changed. But a base price of $23,000 Brings Camry to the rating of consumer choice. And something that became the biggest catch for Camry is its body. Whether it’s a Corolla, Avalon or Camry, they almost share a same shape.

The Korean SUV has a good consumer rating. Kia Sorento is entitled at 85%. The base version is offered with a 2.0 L engine while the cream version has 3.3 L all – wheel – drive powertrain. Sorento has the common SUV looks and the standard power performance. Nothing spectacular is found in this beast. But still it has some rep.

The Toyota Luxury production line “Lexus” introduced the revision of RX. The 2016 RX franchise has 6 models, mainly differentiated over the powertrain, but cosmetics have even contribution as well. Although the Luxury Sections are earning pretty good fame, but the RX earned 82% of consumer demand. Rather it is certainly the mediocre level for a luxury level to rate in. Lexus RX SUV is a 3.5 L 6 cylinder all – wheel – drive powertrain, but the acceleration needs to be revamped. That is among the catches of RX.

Impala has a demand of 82%. The franchise is offered in 6 different models. Each of the model is based of different drive and powertrain. Although some cosmetic differences are even there but they are not much. The powertrain begins from 2.5 L four cylinder and ends at 3.6 L V6 with almost 196 horses. Impala is tagged as low as $27,100.

The Subaru’s Impreza has a good fuel economy and price tag, but still it lacks the consumer choice. Impreza has been rated as 70% consumer choice car. What generally is believed is that the looks of Impreza made it loose the score. It has the similar shape as most of the oldie sedans had. But Subaru has put some real power in Impreza. It has a four cylinder 2.0 L engine which can boost power equivalent to 148 horses. In terms of performance, Impreza has the guts.

So which car are you going to buy this year?