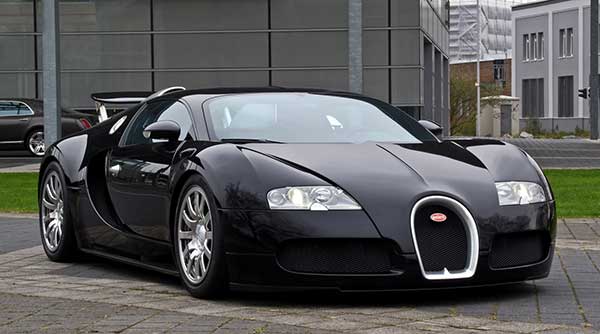 You have heard about it, you have known about it and you have been crazy about it but with the production now discontinued, it is unlikely you can have it and brag about it. The car that set the bars on what truly defines a great super car, the legendary, iconic, and perhaps the greatest car of the last decade, is the 2015 Bugatti Veyron 16.4 Super Sport. In this 2015 Bugatti Veyron review, we cover everything from the overview, specs, features, interior, safety to help you learn more about the Super Sport 16.4.

An Overview of the 2015 Bugatti Veyron Review

The car with its nearly unrivaled speed, power, and performance, the Veyron has become famous worldwide and has received overwhelmingly positive feedback from its reviewer and drivers. It has won both  “Car of the Decade and best car award (2000–2009)” as well as” Best Car Driven All Year award’ from Top Gear, and with a max speed of 267.856 mph, set the record for the fastest street legal production car in the world according to Guinness. It is more likely a person would know what a Veyron is rather than whether Europe is a country or continent!

The Veyron is named in honor of the Buggati’s test and race driver, Pierre Veyron, who along with his co-driver won the 24 hours of Le Mans in 1939. Everything from the engine to the beautifully crafted interior was assembled by hand, a painstaking 300 hours of work by twenty of Buggati’s skilled engineers. Hence, it is no wonder that it was priced at $1,914,000.

The Bugatti Veyron was a car few could afford but for those lucky (or rich) enough to drive the magnificent beast, it offered an unforgettable experience and source of pride.

This review covers the standard version of the Veyron. The later models and special variants are not discussed for the sake of uniformity.

Most of the technical work was done under the supervision of Volkswagen’s engineering chief Wolfgang Schreiber and as such you can see fine professional German engineering inside the car. The Veyron holds the titanic 8.0-litre, quad-turbocharged, W16 cylinder engine with each cylinder having four valves, making a total of 64.

W16 cylinder engine capable of producing tremendous power, a max of 1,006 bhp and a torque of 922 lb-ft, and the kerb weight is 4,162 lb giving it a good power/weight ratio of 523 bhp per ton. This allows allowing the car to quickly get to the record braking speeds it is famous for.

To prevent the engine from overheating, the car makes use a total of twelve radiators and numerous air vents. In fact, the engine at full throttle breathes 47,000 liters of air per minute!

The car has terrible fuel economy. At full speed, it gulps down 1.33 gallons of oil per minute. This doesn’t only make a great impression on bystanders, but also makes environmentalists worried!

The transmission is dual-clutch direct-shift gearbox computer-controlled automatic with seven gear ratios, providing a great shift time of just 50 milliseconds. The replacement for the transmission is very pricey, a massive $ 120,000, so it’s best you keep it properly maintained (unless maybe money isn’t a problem for you).

Despite the ballistic speeds, the driver remains in control of the car even when pushed to the limit. At speeds of 140 mph or greater the spoilers and wings of the car deploy a down force of a impressive 770 lb-ft to ensure the car remains on the ground and doesn’t fly off. The hydraulics also work to lower the car and increase balance.

The handling is sharp and very responsive. In fact it is so good, after driving, and even Gordon Murray the McLaren F1 designer changed his mind about the Bugatti Veyron.

In order to decelerate this four wheel jet-like vehicle,  the 400 mm carbon ceramic brake system reinforced with silicon carbide ( which by the way is one of the strongest material in the world after diamond) is used, having a braking potential of 1.3 g. This makes the car capable of decelerating from 250 mph to 0 mph in less than ten seconds!

The exterior of the Veyron has been designed by the Slovak automobile designer Jozef Kabaň. Despite its weight and power, the Veyron is notably compact, being somewhat longer than the petite Porsche 911. It might not have the precise cuts and leanness of other super cars, but it doesn’t need to; the functional and masculine built is remarkable in its own right. The frame is made of carbon-fiber and forged aluminum with titanium bolts used heavily in the car’s make making. It’s not only durable but also gives a refined look. The car’s two color theme paint job fits perfectly with the overall design. One thing that particularity caught our attentions was the tires. They were absolutely huge, bigger than perhaps any other run flat tire on the planet.

The designers have taken a minimalist approach when it comes to the interior with there being (despite all the technology being used in the making of the car) virtually no high tech gadgets and very few buttons and clutter with the majority concentrated in the centre between the seats. Just like the outside, there is no compromise on quality in the interior. Everything from the wheel to the pedals is a work of art and unlike most other hyper cars, the interior is relatively roomy. The seats are comfortable, covered in the finest of leather. Other car makers should take note more gizmos does not always mean more appeal. If you turn your head around, you get to see the exposed W16 engine and all details of amazing German craftsmanship it features.

The Veyron has both a semi-automatic and a fully automatic mode. The tires, Michelin PAX run-flat, are specially built for the Veyron in order for it fully unlock its potential on the road, this along with superb all wheel drive and Hadex traction systems is the reason why the Veyron is so blazingly fast while also very controlled. The Veyron features voice control so you can get more of a ‘James Bond’ feel.

Due to its speed capabilities, one might think a driver might unintentionally go above the speed limit and get a ticket, or his reaction distance would be more than a normal car. Not so, for this is where Cruise Control comes in, automatically adjusting the speed and by allowing the driver to place his foot on the brake, reducing reaction distance.Other features of the Veyron include:

These are the major interior features. Note that you do not get a touch screen but it is a good thing as including one would have actually tarnished the look and feel of this car.

In case the braking system ever fails, the anti-lock braking system (ABS) prevents the wheels from skidding uncontrollably and decrease. The car has parking sensors in the front and the rear so to allow you safely park your mansion priced vehicle also an Anti-Theft Alarm so you know someone is trying to steal your mansion priced vehicle. It also has “Follow Me Home” Headlamps which allows you to keep your path lit even after switching off the engine and locking the door. Other standard safety features include, driver and passenger airbags and side airbags, Smart Access Card Entry, Seat Belt Warning, Power Door Locks, Engine Immobilizer, Automatic Headlamps, and impact beans.

Since the vehicle is no longer in production, the subject of its competition is redundant. However, while it was in production, the car faced challenge for converted title of being the fastest on road car from Hennessey’s Venom GT; however it was never able to dethrone the king officially.

A total of 450 units were made of which a 420 were sold and there was not any serious competition facing the car as most of the supercars capable of performing on par with the Veyron were produced for very limited numbers.

The Bugatti Veyron was designed first for speed first and the roads second, there are many other car that offer better throttle and handling response on the road but none but a few could dare manage to keep up with Buggati Veyron’s speed.

We hope we covered everything in this 2015 Bugatti Veyron review that you wanted to learn about. Check out more of our car reviews.