Skip to content
Home » Car Brands that Start with X 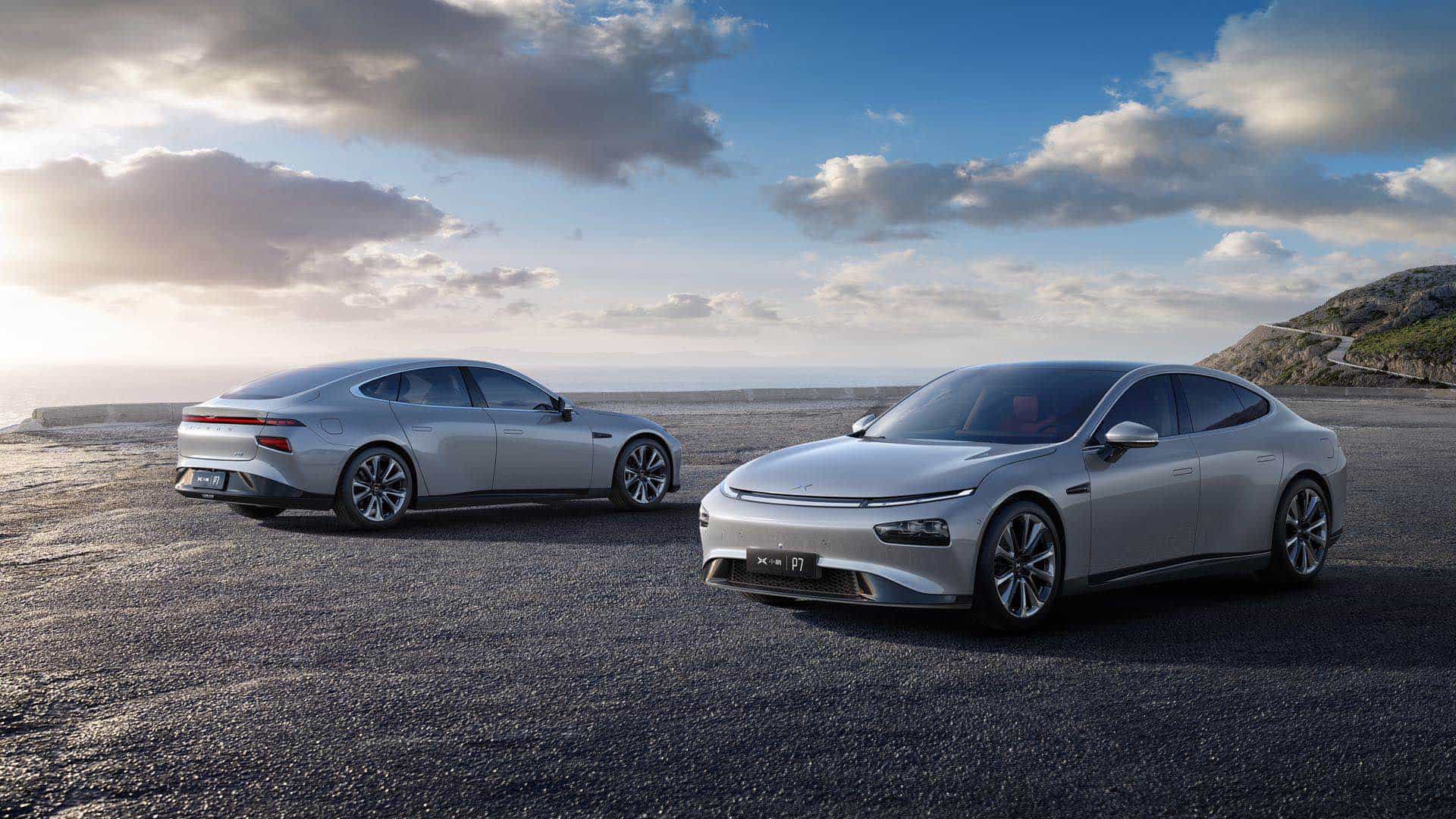 The second we ask you to think about your childhood, about that one car gracing your bedroom wall – we all had one, don’t feel ashamed – you probably start daydreaming over some exotic car.

Whether it was a jaw dropping Lamborghini or Ferrari, a pure-bred American muscle car or a ridiculous one-of-a-kind concept car from an automaker that is now gone, those poster cars have had a certain sentimental value and will always be remembered as they sparkled our love for cars and inspired us to have new life goals.

However, we highly doubt any of those cars had its manufacturer’s name begin with the letter ‘X’. Elon Musk had a thing for this letter, with his first company being called “X.com” and he even named a Tesla “Model X”, but the question is, do you know any car brands that start with X? We will find out shortly.

Uncommon as it may be, there are just a few automotive companies out there that wanted to start their name with that letter. More importantly, their impact on the automotive world cannot be denied or ignored.

Granted, most of these companies hail from China, but that doesn’t mean they are not worthy of our full and undivided attention. Who knows? Maybe in the future you might have a car from one of these on your bedroom wall.

Let’s start with the most well known company..

After accumulating a ton of expertise in the automotive field, especially when it comes to research and technology, GAC Group former senior executives Xia Heng and He Tao founded XPeng in 2014.

The up and coming Chinese auto manufacturer is based in Guangzhou, although they also have offices in California, United States. Focused on state-of-the-art electric vehicles, the firm’s main market is represented by China.

In 2018 Guangzhou Xiaopeng Motors Technology Co Ltd, or simply XPeng, started the production of its first model – the XPeng G3 – which was revealed in complete form at the 2018 Consumer Electronics Show in Las Vegas.

A year later, the beautifully looking four-door P7 sedan before you was on display at the 2019 Auto Shanghai show and deliveries began shortly after.

But company officials had other plans for the brand and started focusing on other directions as well.  The same year, XPeng introduced car renting services, using exclusively its own vehicles. Keeping up with odd ideas, Xpeng got Xiaomi involved, for a simple reason: technology.

While delivering electric cars, with exports on the P7 beginning in 2021 and the P5 model now able to read traffic light, Xpeng was also working on its very own autonomous driving system. Actually, working might be a poor choice of words.

In 2018, an ex-Apple employee was charged by the US Department of Justice of stealing part of Apple’s autonomous car project in exchange for a high collar job at XPeng. Interestingly enough, that employee pleaded guilty to trade secret theft.

One year later, Tesla sued a former Tesla employee and accused him of stealing its Autopilot source code for XPeng’s benefit as well. The truth is out there, and we dare not comment about it.

It is worth mentioning that XPeng’s subsidiary in the United States, dubbed XMotor, has received Autonomous Vehicles Testing Permit from the DMV in California, in 2020. The company remains loyal to car manufacture, although its involvement in the production of unmanned cars cannot be ignored.

Meanwhile, the XPeng HT Aero brand has announced its intentions to introduce a flying car by 2024. Considering that XPeng vehicles use LFP batteries, which negate the need for cobalt thus reducing production costs, but that also means a lower range, so it might be a promising idea to invest in upgraded batteries, before taking one of their creations to the skies.

Xinkai Auto Manufacture Corporation, also known as Xinkai, is a Chinese car manufacturing brand based in Gaobeydian, Hebei Province. Founded back in 1984, this company required a foreign investment before becoming a reality.

Nowadays, the company’s production and assembly facility are located in Zhuozhou, although various automotive components are manufactured in Qinghe. The firm designs its own line of trucks, which are mostly exported towards Africa and Latin America.

In 2004, Xinkai and Mercedes-Benz signed an agreement, which is why the Chinese company started manufacturing Mercedes-Benz Commercial Vehicles for the local market. As a result, Mercedes-Benz Sprinter units were rolling out the factory gates in a few years.

As mentioned earlier, this group has invested time and money in many fields, with Zhuozhou Xinkai Automobile Spare Parts Co., Ltd. Handling the manufacture of vehicle components as well as quality control.

The brand has also attached its logo onto over 30 original products, including the “Xinkai” 1021 pickup series and various other multi-functional vehicles. Nowadays, Xinkai manufactures as many as 60,000 cars every year.

Yet another automotive company hailing from China, Xiamen Golden Dragon Bus Co Ltd is the next on our list. Established in 1992, the “Golden Dragon” name is focused on the design, development, and manufacture of luxury buses.

Over the last few years, Golden Dragon has invested impressive amounts of money to expand its production ability, using nothing but ultramodern equipment and adopting high quality standards for its luxury buses. This is why a strict quality control system has been implemented for every assembly line.

As a result, the 10th biggest Chinese automaker (overall) and one of the top bus brands and manufacturers in Asia, has established a reputation for delivering top-notch products. Let’s just give credit where credit is due and mention the fact that Xiamen have been known to develop light vans as well.

Due to the fact that Golden Dragon runs three manufacture plants, the firm will easily assemble over 40,000 buses per year. Speaking of which, the Chinese brand managed to cover more than 40 countries with its buses.

Also noteworthy, Xiamen has set up collaborative relationships with big international names, such as Hyundai, BOSCH, MAN, ZF, and more.

Established in 1965, Tianjin FAW Xiali Automobile Co. Ltd is an automotive brand based in – you’ve guessed it – China. They sure love companies that start with X, right?

This car company has been designing, developing and manufacturing cars under the Xiali trademark. Based in Tianjin, and a subsidiary of FAW Group, the firm was founded in 1965 and by 2000 they were already the second biggest car company in China. But they’re all about big numbers, mass production and low-quality products, so not exactly a high quality automaker.

Xiali cars became popular with the masses, with their vehicles quickly assigned as the go-to solution for cab drivers. The typical Xiali car had cheap components, which is why smaller towns in rural China remained loyal to the brand and its car far beyond 2020.

Selling automobiles under the Xiali and Vita names, the brand’s first product was actually a replica of the Beijing Jeep, called the Tianjin TJ210. Between 1973 and 1979, Tianjin TJ740 deliveries almost made drivers believe they were enjoying a Toyota.

In 1983, Tianjin joined forces with Daihatsu, only to introduce the Daihatsu Hijet in November 1984; the Charade model arrived shortly afterwards. Tianjin went so far as to develop an electric version of the Daihatsu Move – the Miles ZX40 – and became the first Chinese vehicle to be sold in the US.

Also noteworthy, Tianjin’s joint venture with Toyota – Tianjin FAW Toyota Motor Co., Ltd. – manufactures Toyota passenger cars aimed at Chinese drivers, with the lineup including models such as the Corolla, Avalon, Crown, and more. But the Xiali brand was dropped in 2015.

Surprising, isn’t it? To find out that there are cases where people, in large numbers, look for bargains rather than going for long-lasting high-quality products. But that’s good enough for most people.

A super affordable vehicle, with cheap parts and low-maintenance operation, that can be even fixed on the side of the road, is still ideal for people who have a hard time making a living from one month to another.

This wasn’t meant to be a sad story, or a social-economic essay concerning the automotive industry. The point was to make one thing clear: luxury sells for sure, supercars are popular for the obvious reasons, but affordable and cheap cars will also attract a lot of people, almost effortlessly.

Which is why any and all car manufacturing companies have earned their place in history and in our memory, with each effort and car model regarded as significant and noteworthy.

All car companies that have ever been set up have allowed the automotive industry to evolve and to reach this exact moment in time. Where to now?