Skip to content
Home » Car Brands that Start with O 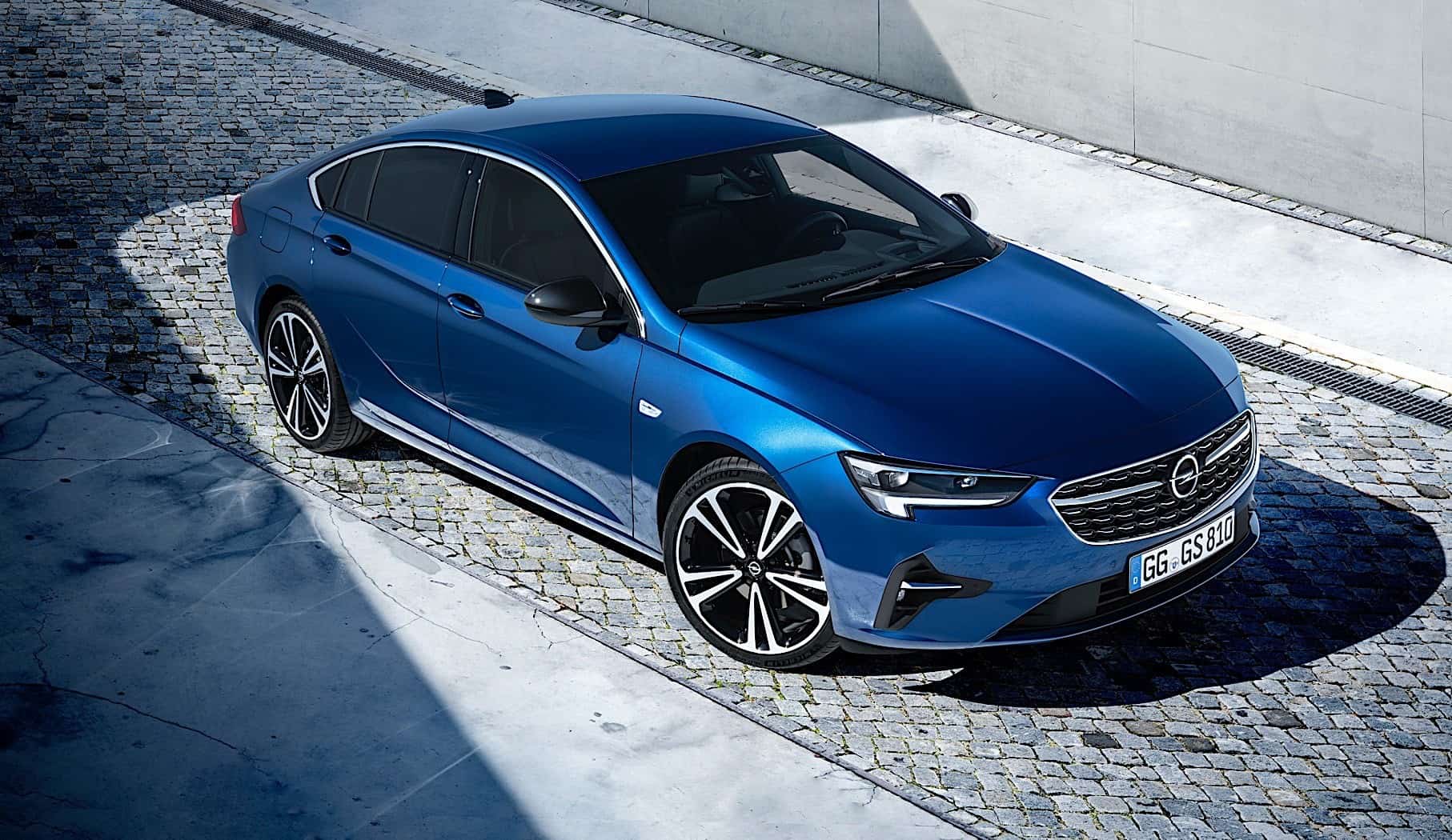 It’s that time of the week again, when we pick a letter from the alphabet and look up all the known and potentially unknown car brands whose name begin with that very same letter – did we choose “O” before? I highly doubt it.

Can you name at least a few car brands that start with “O”? It might sound easy, but it’s surprisingly a more challenging task that you might think.  Feel free to help us out in the comments section below if you know more; in the meantime, here is the list of all the car brands starting with O that might take you by surprise – or not. Either way, this is fun.

One question arises: how many of these cars have you heard of, let alone seen one in real life? Different people have different needs, which explains the always growing automotive market. So without further ado, these are the car brands that start with O:

Based in Russelsheim, Hesse, Germany, Opel was established back 1862 by Adam Opel and at that time the company was focused on manufacturing sewing machines. One of the first German car manufacturers was acquired by General Motors in 1931 and today the brand operates under the ownership of Groupe PSA and Stellantis.

There are plenty of excellent vehicles and models designed by Opel, their lineup is quite extensive but they didn’t make it in the United States. Yet there are different car brands from all over the world that come bearing the company’s expertise and attention to detail.

In Northern America, Canada, Mexico and China, Opel sells its cars under Buick brand, while in Australia and New Zealand Holden is the name to keep in mind. The British are used to driving Vauxhall cars. As a result, the company sells cars and parts in more than 60 countries around the world, which probably makes it the most famous automaker starting with the letter O.

Between 1897 and 2004, Oldsmobile made history and manufactured plenty of vehicle types and models. Working mostly in favor of General Motors. Oldsmobile has produced over 35 million vehicles over the years.

The American automobile manufacturer stood out of the crowd by testing groundbreaking technology and designs, and you should immediately think of the Oldsmobile Aerotech. This experimental high-speed vehicle was designed to take the world by storm and set speed records a few decades ago and so it did.

With the help of an Indy 500 driver, this project managed to reach a top speed of 267 mph (around 430 km/h) back in the 1980s – does that sound impressive, or what? At the time of its demise, Oldsmobile was the oldest surviving American car brand and one of the oldest car companies around.

Did you know that Oldsmobile was actually the first car manufacturer to produce a full automatic transmission? This was back in 1940. The company might be gone right now but we hope someone decides to revive the brand in the future.

Oettinger Sport Systems – if you’re interested in car tuning, some of you might remember this name. This company is all about performance and good looks, which is why they have been considered the leading tuners of Audi, Volkswagen, Seat and Skoda vehicles for quite some time now.

Based in Friedrichsdorf, Germany, Oettinger is keen on delivering everything you need to transform your VW-group vehicle into something people will talk about. The brand sells various products, ranging from tuned-up engine kits to stylish aerodynamic packages, as well as cool alloy wheels, sports suspensions, sports exhaust systems, plus numerous interior equipment and fittings.

Whatever you desire, this company has got you covered. Look them up, even if they are not a car manufacturer per se!

Max and Ina Balchowsky joined forces and creative talents to develop the Old Yeller race car back in 1959. This international sports car, which was eventually called the Old Yeller II, accepted the challenge of competing at all major international events. The Old Yeller was all about performance and determination, although the overall design looked unfinished.

However, a 330-hp Nailhead Buick 401 engine aimed to make up for that, delivering 0 to 60 mph in less than four seconds – remember, this was in 1959. As you can imagine, the Old Yeller II went on to make racing history.

Former rally driver and Swedish champion Andréas Eriksson had a crazy idea in 2005 and that’s the moment when Olsbergs MSE came to life. Olsbergs is an auto racing team and racing car manufacturer focused on performance-oriented machines.

Located close by to the Swedish capital of Stockholm, the Olsbergs MSE headquarters serves as the team’s global operations center. This facility covers 2,000 square meters of full design capabilities, fabrication and chassis building equipment. Furthermore, aside from developing their race cars, the team went on to compete in FIA Worlds Championship Rallycross events.

Please take a closer look at the Ford Olsbergs MSE racer and the outrageous vibes it put out. Engineers and mechanics are able to work at 14 vehicles simultaneous at the hq, while the offices, an in-house gym, a restaurant-style cafeteria, and a comfortable lounge keeps employees and guests in a good mood at all times.

Liechtenstein – a small and mesmerizing place, where legends come to take over our imagination. I doubt, however, that you ever dreamed about finding a car manufacturer over here. Does Orca Engineering ring any bells to some of you?

Based in Liechtenstein, this sports car manufacturer was founded by René Beck 18 years ago and was meant to be innovative – it is. The Orca 113 Platform was designed to accommodate three different variants, but its plans to manufacture 198 vehicles haven’t been met with success yet.

But car collectors from all over the world are starting to realize how unique is this brand and its outrageous vision over the automotive industry.

The French have been known to leave their mark on the automotive world, especially on the racing universe. It is so simple to come up with at least three cars of French origins that have taken racing fans by storm over the years. As such, it is always exciting to find out about another team or another racing company willing to put its effort into the game.

Since 1973, ORECA is a renowned French racecar constructor that has met with incredible success in multiple motorsport levels. Having established itself as a reputable sports prototype developer, Groupe Oreca is one name you should always keep in mind if you’re daydreaming about performance-oriented machines.

Officine Specializzate Costruzione Automobili – or simply O.S.C.A. – was established in 1947 by the Maserati brothers. This Italian racing and sports car manufacturer was the real deal, at least between 1947 and 1967.

The brand quickly became known as a premier manufacturer of race cars, while their involvement in the Formula One circuit and their incredible cars could not be ignored during the 1950s.

Based in San Lazzaro di Savena, Bologna, the shop did probably not achieve the level of fame as the home company – a.k.a. Maserati – but that does not mean it managed to fly under our radar.

Vincenzo ‘Enzo’ Osella was the brilliant man behind Osella Engineering, an Italian based racing car manufacturer. This company is best remembered for its efforts in developing competitive vehicles used particularly for mountain races. Osella placed second in the 1977 World Championship for Sports Cars with the Osella PA5 BMW.

Osella also tried taking over the Formula Two world in 1976, but financial problems forced a retreat before the end of the season.

In the mid-1980s, Osella was the beneficiary of factory Alfa Romeo engines, both in naturally-aspirated (1983–84) and turbo (1984–88) forms, while aiming at Formula One titles. Heavy and unreliable, these vehicles were no match for the competition. In 1990, after ten years in Formula One and still without any meaningful sponsorship, Enzo Osella sold shares in his team to metalwork magnate Gabriele Rumi.

The brand entered 132 Grands Prix races between 1980 and 1990. Having achieved success in such a dynamic environment, the brand still exists today, in Verolengo, where employees build sport cars for hill climbing and various other sport race events.

As luck would have it, in 1905 Cox relocates the Overland Automobile Company to Indianapolis, Indiana and three years later Overland Motors was purchased by John North Willys. By 1912, the company was called Willys-Overland.

There were a few models worth mentioning, such as Model 13, but the unusual Overland developed in 1911 when Milton Reeves modified a 1910 model only to result an eight-wheel Reeves Octo-Auto. By 1926, Overlands was over and done.

Set up in 1954 by David Ogle after leaving Murphy Radio, Ogle Design is a British automotive manufacturing company that is mainly known for its unique designs, although initially it was all about industrial and household products.

As such, the company’s first major client was Bush Radioand Ogle was entrusted to design two products: the TR82 radio and the SRP31D record player. Based in Letchworth, Hertfordshire, this brand is also known for a series of cars designed between 1959 and 1962.

In 1962, David Ogle was unfortunately killed in a car crash involving one of his SX1000 cars, that’s when car production ceased. Tom Karen became Managing Director and Carl Olsen joined the team as senior product designer.

By 1965, the total workforce had grown and the brand was involved with Reliant and various concept designs – including the very mocked Robin model. Did you know that the Lucas Electric Taxi, one of the first electric cars, also bears the Ogle stamp of approval?

What’s even more interesting is that the very same brand got approached by makers of ‘Star Wars – A New Hope’ in 1976, in hopes Ogle would design Luke Skywalker’s now iconic Landspeeder, as well as the film’s Y-Fighter. How cool is that? Today, the British company is still here, working their magic on various designs – from phones, to radio devices, as well as boats.

So, the question remains: how many of these brands were familiar to you, let alone their activity and incredible achievements? I will admit, I’ve learned a thing or two while researching for this article and I felt even more curious about the history of the automotive industry. What will they come up next? Who knows, but I will do a bit of research while trying to speculate what the future holds. Care to join in?