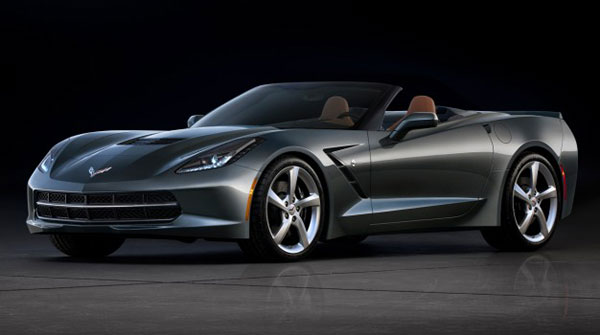 Brief Information about the Corvette’s History

The Chevrolet Corvette is a sports car built by Chevrolet, a division of US automotive company General Motors (GM). The car has reached its seventh generation. In 1953, Harley Earl designed the first model, a convertible, which was introduced at the GM Motorama that same year as a concept show car. The name was given by Myron Scott after a small, maneuverable warship dubbed “Corvette”. In 2014, the Chevrolet Corvette won the “North American Car of the Year” award.

The 2015 version of the car is utterly amazing! A sports car which combines genius engineering with unique design and is available in both coupe and convertible. Low, light and lean are the top three characteristics of this impressive masterpiece. The exterior design makes it look fast even when it’s parked on a side road. The exterior vents help reduce lift and minimize drag as well as drive air flow from the front to the back, thus cooling important components.

The new look of the 2015 Corvette somehow follows the car’s familiar themes, with sharp lines and crisp angles that make the design similar to that of a supercar. While the exterior matches the car’s performance, the interior is luxurious, with real aluminum, available carbon fiber and hand-crafted leather. Two 8-inch diagonal high-definition color LED screens are also available, along with a Head-Up Display which projects data on the windshield.

The car also comes with RemoteLink Key Fob Services which are part of the OnStar RemoteLink app that gives drivers access to features including remote start, as well as locking and unlocking even when they are not in the vehicle’s proximity. This is helpful for cooling or heating the inside of the vehicle as well as for locating the car in crowded parking lots.

In the case of an accident, the OnStar Automatic Crash Response sensors alert an OnStar advisor, who is immediately connected to your vehicle and can send help to your exact GPS location, even if you are not able to respond.

The Z51 3LT coupe version has a 6.2 liter LT1 V8 engine which delivers an estimated 460 horsepower and an available 465-lb-ft of torque. It can go from 0 to 60 in just 3.8 seconds. For this version drivers can choose a 7-speed manual transmission or an all-new 8-speed paddle-shift automatic.

Something we’re all looking forward to is the forthcoming Z06, a model that was limited to manual transmission in the past and that will receive a new eight-speed automatic transmission. This is similar to Ferrari and Lamborghini, that have gone exclusively to automatics, as well as the new Porsche 911 GT3 and the 911 Turbo that are automatic-only. The car’s supercharged LT4 small-block V8, with 650 horsepower and 650-lb-ft of torque, is set to be the most powerful engine ever built by General Motors. The new GM 8L90 eight-speed automatic, dubbed Hydra-Matic 8L90, is also set to work in the 2015 full-size trucks and SUVs equipped with the 6.2-liter V8. Chevrolet claims the new 8-speed executes shifts a full 80 milliseconds quicker than the German dual-clutch unit, measured from the time the driver requests the shift to the time it’s actually executed.

By making use of aluminum and magnesium, Chevrolet has managed to make the new 8L90 eight pounds lighter than the previous six-speed one. The new eight-speed is equipped with four gearsets and five clutches and includes a shorter first gear for better acceleration and taller final gear for enhanced fuel economy. The Z06 goes from 0 to 60 in 3.7 seconds, which is 0.1 seconds faster than the old six-speed automatic and the 2014 seven-speed manual. Quarter-mile times have also been reduced by 0.1 seconds, now listed at 11.9 seconds.

All these amazing specifications make the Z06 a world-class supercar, designed to be lightweight and rigid with an aluminum space frame, carbon-fiber hood and removable carbon-fiber roof panel. The Z06 comes with a Driver Mode Selector, which allows for customization of vehicle performance dynamics as well as a Performance Data Recorder, which records high-definition videos.

The 2015 Corvette Z06 is set to be the  only supercar in the industry to achieve 650 horsepower and provide a choice of two transmissions – a 7-speed manual or an 8-speed paddle-shift automatic – as well as a choice between coupe and convertible.

As no car review is complete without an extensive comparison between this model and others in its class from different brands, we will therefore look into a few other cars that have made it to the top of the charts.

Comparison of Chevy Corvette With Other Supercars

Let’s face it: both cars are taken from a “Fast and Furious” scenario, both have the looks and the feel, the fame, the prestige and the “Come try me out” vibe that not many vehicles manage to spread out.

Both cars are genuinely standalone vehicles that successfully compete with any other car in their class. Why is that? What makes these 2 particular muscle cars stand out from the pack? I mean, you would think they have comparable performances and prices, so how does one decide then?

Stingray’s horsepower is no less than 455, whereas the Viper aims at 640. A good start, you’d say. However, online reviews place the Dodge a notch above the Stingray. Its 8.4-liter V-10 engine, reminiscent of what racing cars have to offer, manages to grant the driver exquisite traction and grip. Whereas this can be awe-inspiring on the racing track, city streets may not feel equally fit for such a burst of power.

This is where the good ol’ Chevy comes out strong. The 455 horsepower, combined with the seven-speed manual gearbox (or, alternatively, the eight-speed automatic) manages to render the car extremely pleasurable, especially for you and I, the regular drivers.

Viper’s cockpit is among the top improvements, reviews claim. Most drivers should fit in the cabin, with both head and legs, as there is plenty of space for both the former and the latter. The seats can be adjusted to the desired position, which is something the driver should want to do, in order to ensure maximum confort during the ride. The car unfortunately remains extremely noisy, which can be a huge minus.

The Stingray cabin is equally spacious, and has added luxury elements that bring it closer to the Viper than ever before: the neat interiors, the ample leg space, as well as the optional magneto-rheological dampers.

In terms of performance, the two vehicles are comparable. The Viper can reach 60 mph in about 3 seconds, whereas for the Corvette timing requires 1/8 of a second extra. Top speed for these two cars are 190 mph for the Chevy and 206 for the Viper. Quite a blast, if you asked me.

What about prices, then? Well, apparently, the two aren’t comparable in terms of price: Stingray remains expensive, at a mere $55 000, but not as expensive as the Viper: $ 86 000 (but rejoice, anterior models were 15k more expensive than the 2015 model).

Although experts claim that the 2015 Zo6 is nothing like the cars General Motors has ever built so far, for the moment, all we have for comparison is the basic Stingray.

If a Porsche Carrerra with a few options added costs around $60 000, the base price for the Stingray is no less than $52 000. Performance-wise, the Corvette goes up to 460, whereas the Porsche allows a mere 400 hp.

Experts claim that the Stingray’s strong point is given by the V8 power, whereas for the Porsche it’s all about the gearbox and…well, everything else.

In terms of style and design, the Stingray seems to have outdone itself. Its lines have undergone massive transformations, whereas for the Porsche things have been the same for quite a while.

With people comparing the Stingray to Ferraris, it’s hard to say the comparison is not well-funded. The interiors are similar, with the Corvette catching up with more luxurious brands this time. The leather seats, the carbon-fiber trim and the secondary controls bring it closer to luxury muscle cars than ever before. For the Porsche, design is similar, but we’ve all been accustomed to such high standards.

In terms of actual racing, it appears that the Corvette is 2.1 seconds faster than the 911 on a 1.6 miles long track. On the circuit, the Porsche catches up and even wins a few extra points, thanks to its perfect coordination with the driver.

In terms of engine performance, the two vehicles are comparable. The LT1 features variable valve timing, direct injection and cylinder deactivation, which still don’t do much for the noise (the author of a review we’ve enjoyed reading compares it to “test day at Talladega”).

This is not a problem, however, as the Corvette wins competition in terms of fuel consumption. Remaining in Eco mode for a long time (provided that you haven’t taken the car out for a race drive) will grant you an astounding 35.8 mpg. Not bad for a car in this category.

All in all, although the Stingray will never be a Porsche (at least in terms of fame if not of everything else), the car manufacturer has definitely outdone itself this time. We’ve all to appreciate the model for the perfect mix of design, performance and fuel economy, all of them at an affordable price. If this is what Stingray can do, let’s wait and see how things look like for the Zo6.