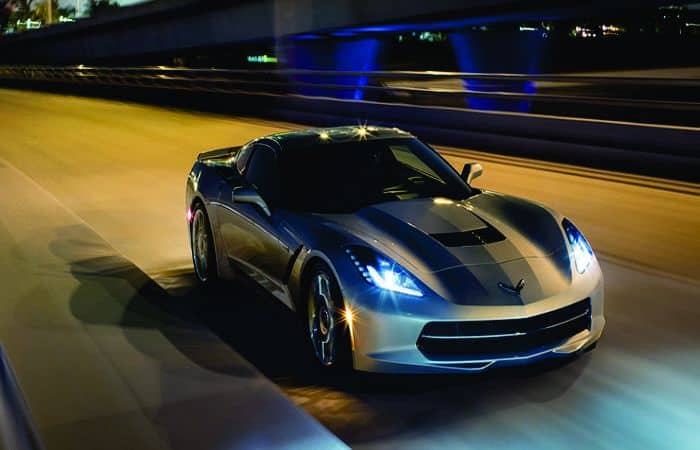 A passionate sports car is the love for the driving enthusiasts. The past of the automobile industry is full of immense sporting machines. Some died in the young ages, but some lived through half of the centuries. And Chevrolet Corvette is one of those that lived through.

Well, it was 1953 when the world witnessed the first Corvette. It was named after the smallest warship. And was only available in the convertible body style. But with time a coupe edition was also included in the Corvette series.

Corvette has lived through seven generations. Well in almost every generation, a concept model was launched for the Corvette. But none of those earned a production rank. While their design had been used in the creation of the next generation. Like the 2009 Corvette Stingray Concept was much like a space shuttle. But it helped in developing the facial appearance of the seventh generation concept.

Along with the development of the Corvette series, a number of models have been launched for it. The Stingray and ZR1 are the most renowned models of the Chevrolet Corvette. But there are even more to name. Presently, there are 4 commercially produced models of this car. First is the standard Corvette, then the Z06, then Stingray and finally the Grand Sport.

Not to forget, Chevrolet gave special discounts on Corvettes for the NASA astronauts. Well, thanks to the Alan Shepherd who became an idea for the GM motors to give away Corvettes.

Well, Corvette Grand Sport is a recent inclusion in this series. It was introduced at Geneva Auto Show in 2016 as the model for the year 2017. Actually, it is mixed up version of the Stingray and Z06.

The Chevrolet Corvette comes with three different powertrains. Along with that, it has two different drive trains. Actually, they all are based on two versions of the 6.2 L V8 engine. The first is the LT1 which is a naturally aspirated V8 engine. Well, the Corvette Stingray and the Grand Sport get the LT1 engine. The Stingray got the initial release of the seventh generation. Its engine is rated at 455 hp of power and 460 lb – ft of torque. While the Grand Sport gets the newly tuned 460 hp with 465 lb – ft of torque engine.

Then comes the legendary Z06 with the 6.2 L LT4 engine. The LT4 is the supercharged V8 engine with lots more power to offer. It comes with 650 hp of power banging at 650 lb – ft of torque. And this is the fastest car of the Corvette series today. Well, this is what revives the pure driving passion.

The Grand Sport and the Sting Ray took almost 3.8 and 3.9 seconds to reach the 0 – 62 mph mark. But the Z06 took 3.7 seconds. Well, in one of the tests it even took 3.6 seconds, but that was just once. Acceleration and speed mainly depend on the driver, more than the car.

Well, all of these powertrains either get the sweet seven-speed manual transmission. But that is just not the only transmission system available for this car. An eight-speed automatic transmission is also available. But we love the manual one.

Corvette has got too much to offer in the chapter of handling. It is quick, sharp and has a firm grip on the road. If you are thinking to go for a drag, then Corvette could be a good choice.

Normally the driving enthusiasts have to modify the exterior designing of the car. Mainly it is done to bring in an impressive appearance to the design. But some driving experts do so to enhance the aerodynamic performance of the car.

But in the case of Chevrolet Corvette, you would not have to do any modification. As it has a sexy design. And along with that, it has active aerodynamics. The front grille is ample to let in enough air to cool the engine. The hood distracts sufficient amount of air. The bonnet design creates a perfect wind tunnel to let the air get past. And at the rear, the spoiler is enough big to keep a smooth motion of the car. Further, it is a light weight car which allows the 6.2 L pounder to demonstrate power and agility.

Above this all, Corvette is beautifully designed. It is one of the coolest cars living today. It is an eye candy for a number of elite drivers.

The performance and the exterior of the Chevrolet Corvette are a class apart. But this is not all. When you get inside this car, you meet a brand new world of speedy driving.

The driver’s seat is the performance oriented cockpit. The leather seats, soft cushions and the jet fighter like feel, naturally makes you drive in speed. The interior contains premium leather and carbon fiber.

The Chevrolet Corvette is full of leisure and joy. It is quite comfortable and makes your journey splendid. Does not matter, whether you are driving in speed or driving tamely.

See Also: How to Sell a Used Car

The Chevrolet Corvette comes with the MyLink® 8-inch touchscreen infotainment system. Navigation is optional as well as standard for some trims of the Corvette. Further. SiriusXM® Radio is standard.

While performing in speed, it is hard to keep an eye on the speedometer. For that, Chevrolet has installed the Head-up Display so that you do not have to look to the speedometer.

See Also: What to Expect During Car Trade-in

Safety is one of the most important aspects of driving. Unless your car is safe, you cannot drive it safely on the road. Along with high-speed specs and dashing design, Chevrolet has taken care of the safety of Corvette nicely.

There are plenty of occupant safety equipment available in this car. Which include airbags in almost every corner of this car, adjustable seatbelts and adaptive cruise control.

In addition to that, Corvette even gets a handful of active safety features. It has active handling stability control, rear view and curb view cameras, electronic traction control, and some more features.

The Porsche 718 Boxster is one of the closest competitors of the Chevrolet Corvette. Although Porsche does not match the performing capabilities of Corvette. But performance is not all essential in a car. Comfort and luxury are even a matter in the ranking of the cars. And this is where 718 Boxster overtakes Corvette.

Well, if you are a driving enthusiast, and need something to show power, then Corvette would be a good option for you. Otherwise, the Charger SRT Hellcat offers 707 hp of power that can zoom your performance ahead.