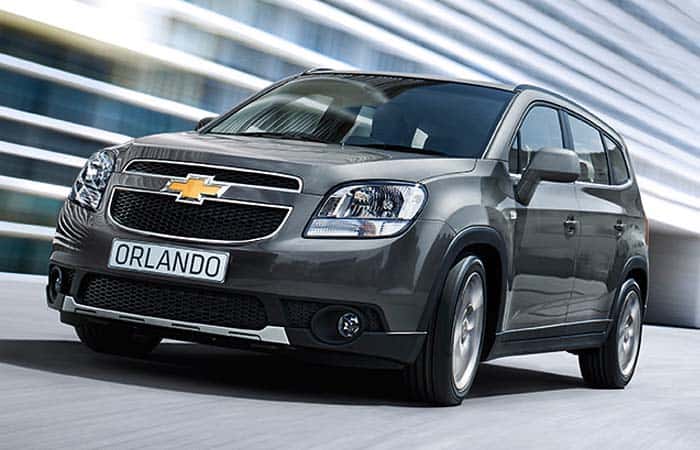 Some American automobile manufacturers produce vehicles that are not meant for the local market. Though they are pretty fine by all means. But still, they are marketed in the rest of the world.

Well, General Motors marketed numerous cars out of America. And a lot of them earned pretty good fame. Among those, the Chevrolet Orlando has been doing the business as the multi-purpose vehicle. This Orlando was introduced in 2011 to replace six similar vehicles from Chevrolet and Pontiac.

The journey for Orlando was never easy because of the strong competition. Especially, when it was about the commercial usage, the Orlando has to face some serious heat. Well, the Orlando was announced to be launched in the US. But General Motors changed their decision and introduced it only in Canada. It was mainly because of the present Chevrolet MPVs in the United States. And launching another such car could have diluted the market.

Besides Canada, the Orlando gets much of the share in South Korea, Vietnam, Russia, Venezuela, and Uzbekistan. Though their local productions find much to share in the market, Orlando is surviving a bunch of some lots.

The Orlando weighs different in every territory. The standard base price for this car is $12,424 with almost just the basic configuration. The fine trims with comfortable interior setup are priced around $25,000. Well, that is almost $2K more than the decently loaded Mazda Mazda5.

Well, now let’s go ahead and see what the Chevrolet Orlando is capable of.

The Chevrolet Orlando has been designed to work according to the international market requirements. It is available in three fueling patterns. The standard is the gasoline, then the diesel and finally the LPG (liquefied petroleum gas).

The base version Orlando comes with the 1.4 L inline 4-cylinder gasoline turbocharged engine. This is the Ecotec 138 hp engine, which is designed to deliver economic fuel mileage. Further, the torque reaches the 148 lb-ft at the optimum performance. The next in the race is the 1.8 L 4-cylinder engine with 139 horses at 130 lb-ft of torque. Well, after reviewing this powertrain we had a question that why would Chevrolet underrate this engine? And the answer was that it is for the markets where bigger engines make a good approach. Whether they have power or not.

Ahead of these, the 2.4 L 4-cylinder gasoline engine is not even much different. It gets the Di-Ecotec engine with 174 horses. And the performance is just at par. Well, the 6-speed manual is the standard transmission available. While the 1.8 L gets the 5-speed manual as the standard. Along with that, the 6-speed automatic is the optional transmission available for the gasoline vans.

The LPG version comes with the 2.0 L 4-cylinder engine. It is a 138 hp engine with the emission ratio of 18.8 kg/m. The powertrain comes mated with the 6-speed automatic transmission. Well, you cannot really expect performance from this machine. But it could deliver some better mileage.

The diesel dynasty begins with the 2.0 L 4-cylinder turbocharged diesel engine. This is just an underrated mule in the diesel family with 128 mules @ 3800 rpm. Well, the overrated mule gets 33 more mules and the 6-speed automatic transmission as optional.

You cannot really think any better design for the Orlando. She has been designed for those markets, where the looks do not matter too much. Well, it comes with the halogen lamps, steel wheel as the standard and flat-out rear. The design structure varies market to market. Like in Vietnam the Orlando comes with the 17-inch alloy wheels. Well, those are the optional wheels available to enhance some exterior designing. Further, the cosmetics include a larger front grille unlike the standard Chevrolets, roof rails, old-school radio antenna, electric sunroof and the indicators in the side mirrors.

The interior designing is just like the standard city cars. It gets the cloth seats for the base trim levels and the leather seats for the upper trim. The carbon fiber accents are standard for every model. The enhancements include power seating, climate control, engine powering button and the floor console with lid.

The seating is fine for five people including a driver. And the cargo space is sufficient for a long journey. Well, the interior design is a mixture of commercial and domestic rides. It has sufficient ambient to attract a family. And the business riders would even appreciate the interior setup.

The Chevrolet Orlando includes the basic features that are commonly found in low-level urban cars. It gets the TFT screen for the infotainment system which is controlled by the center control knobs. Actually, it is just a music player with the radio options. Further, it gets the 6-speakers for audio and the USB charging port. Besides these options, there is nothing more available for this car.

As per the European Safety tests, the Orlando is a safe family vehicle. The adult occupant safety is at 95%. While the child safety earned 71%. The Orlando gets the airbags and the seatbelts but the active safety features are pretty low. Further, the Orlando comes with the safety cage to reduce the collision impact. Ahead of that, the parking sensors, ABS, stability and traction control are available for this van.

The Chevrolet Orlando and the Toyota Innova belong to the same class. The design, performance and the interior setup of both the cars are pretty much similar. And the pricing is even not much different. Indeed, these are the close competitors for each other.