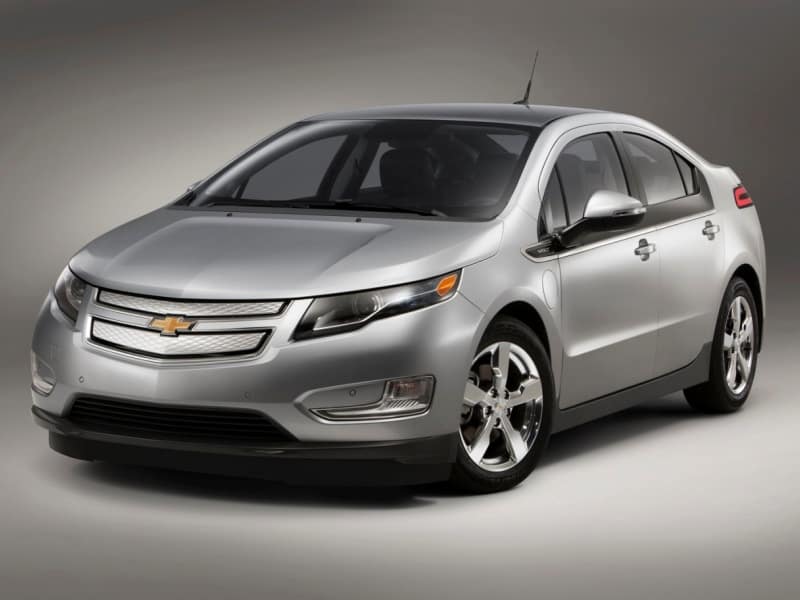 The Chevrolet Volt is a renowned compact electric hybrid vehicle manufactured by GM. The vehicle is also known and marketed as Opel Ampera in Europe, Holden Volt in New Zealand and Australia, and Vauxhall Ampera in the United Kingdom. It proves to be Chevy’s most famous electric hybrid creation and generally began production in mid-December 2010. Ever since then, the vehicle has successfully generated total sales of up to 88,835 units.Not to mention, it has also won several awards including the 2012 European Car of the Year, 2011 North American Car of the Year, and 2011 Green Car of the Year Award. Therefore, the Chevy Volt is one of the best electric-hybrid vehicles available on the road today, due to its exceptional performance, durability, safety and reliability. The best part of the vehicle is that it operates as a pure battery electric vehicle, but when the battery capacity drops it automatically shifts to its fuel-efficient internal combustion engine.

Therefore, the vehicle has a total range of 380 miles, but this can of course vary depending on the driving conditions. Regardless, the Volt proves to be one of the most fuel-efficient vehicles and can take you as far you want, without the worry of running out of electricity or petrol! But, if you think this is impressive, wait till your heat about the specs and features of the latest second generation Chevy Volt!

The second generation Chevrolet Volt made its official debut at the 2015 North American International Show and has a more high-tech battery pack, upgraded powertrain, and stylish redesign as compared to the previous model years of the first generation. Not to mention, the vehicle is even available in a variety of trims. However, the main focus would be on the base 5dr HB model and its performance, interior, exterior, infotainment, and safety features.

The 2015 Chevrolet Volt is truly an amazing electric car that will banish any thoughts of the anodyne performance of a Toyota Prius or that of an electric golf cart! The electric motor and the gasoline engine of the Chevy Volt both prove to be incredibly efficient in terms of performance and fuel-efficiency (something not common with the Toyota Prius or most electric hybrid cars). Therefore, it can be said the Volt delivers its power in a seamless and smooth flow, which is surprising for a hybrid vehicle.

The reason for this seamless power is of course the engine and battery pack that combine to provide exceptional performance. The base model comes equipped with a four-cylinder 1.4-liter engine that can easily deliver an impressive torque of 273 lb-ft and horsepower of 149. But that’s not all; the volt can also give an EPA-estimated 38 miles gas-free through its 17.1 kWh lithium-ion battery pack equipped to the engine. Therefore, in most circumstances drivers won’t even have to fill their vehicle with gasoline for months, if they have charge their vehicle on a nightly-basis.

Since, the vehicle is a hybrid plug-in it will of course be running on the electric motor most of the time, but when the gas-powered engine kicks in, the range of Volt extends to an EPA-estimated 380 miles with a full tank of gas and a full charge. However, this doesn’t mean the Volt sacrifices on the speed or acceleration! The vehicle has a track-speed tested top speed of 101 mph and can easily reach from 0-60 within 8.7s (quite impressive for an electric powered vehicle).

Therefore, car-enthusiasts may also enjoy the power delivered by this vehicle, regardless if it’s a hybrid. Of course, the vehicle doesn’t have a transmission, but even so it operates just like any other regular car on the road with an automatic transmission. For long distances, drivers can shift to the ‘Low’ mode and those who wish to test the cars performance can shift to ‘Sports’ mode that provides exceptional acceleration and speed at the cost of a bit of range. So, what else could you ask for?

The 2015 Chevrolet Volt has undergone a complete redesign and the vehicle now looks more aerodynamic and stylish than ever. In fact, the shape of the Volt is all about cheating the wind (adding to its performance), but it may not prove appealing to all. It has a high tail with a blunt back end, a high cowl, a low roof, and the lines are now familiar with many of Chevrolet’s SUV’s and sedans.

It has a little resemblance with the concept car shown in 2007 and carries a front ‘grille’ with textured spaces (as you can see from the picture above). New headlights and fog lamps have also been added and some of its lines are based on that of many GM’s compact vehicles, particularly the Chevy Cruze compact sedan. Regardless, since the vehicle is an electric-hybrid, it has to look like one as well.

Therefore, if we judge the vehicle based on its powertrain and engine type, the vehicle is absolutely perfect in terms of styling and seems to deliver a more futuristic look, something that is uncommon in many hybrid plug-in vehicles. Other new styling features include the vertical glass panel on its long high tailgate, new side mirrors, side skirts, and back bumper.

The only thing that seems to be lacking in the design of the vehicle is a visible exhaust pipe at the rear. Therefore, the Chevrolet Volt proves to be the first vehicle that doesn’t have an exhaust. Chevy claims that this new design cut was introduced partly because when the Volt’s engine switches on, its exhaust and gases are released from under the car.

Therefore, with this feature Chevy didn’t deem it appropriate to add a separate exhaust system with a tail pipe on the rear end. Regardless, for a price of just $34,345, it can be said the exterior styling of the 2015 Chevrolet Volt is perfect in all aspects only with a little less distinction (which is appropriate for an electric car).

The 2015 Volt has the most futuristic interpretation of Chevy’s classic twin-cockpit interior design. It is incredibly luxurious and offers plenty of space to seat up to 5 passengers easily. Chevy is even offering different interior colors based on customers’ preferences, but for that you need to of course pre-order your Volt on its website.

Interior trims can also be mixed and matched with a variety of upholstery options, graphic panels, infotainment, and safety features, but of course for an additional price. Regardless even the base model, offers exceptional standard design features. The vehicle comes equipped with one of the best information-display graphics of any electric vehicle and Chevy has replaced the old-style gauges with cluster-style display behind the steering wheel.

Earlier models of the car suffered with some software glitches and occasional frozen displayed, but the 2015 model year of the Volt has rectified this issue as well. All in all, the vehicle is amazingly beautiful on the inside and this is one of the main reasons why Chevrolet Volt has the highest owner-satisfaction scores of a GM vehicle ever introduced from its inception.

The 2015 Chevrolet Volt comes with a range of infotainment and user-convenience features that will perhaps blow away your mind. Many of these features aren’t offered in conventional cars. For instance, the vehicle comes equipped with regenerative braking that captures some energy lost during braking and converts it into electricity which is used by the battery.

The vehicle can even be driven in four different drive modes that include Normal Mode in which the car uses energy stored from the battery before transitioning to the gas-powered engine, Sport Mode that delivers more aggressive performance and acceleration, Mountain Mode that maintains a power reserve to climb mountains easily, and Hold Mode that powers the Volt with its gas-powered engine.

A new upgrade includes the addition of optional 4G LTE Connectivity and a larger capacity battery pack. Other features that can be bought for an additional price include satellite radio, Bose Audio System with the ability to show DVDs, also featuring Bluetooth Connectivity and MP3 Playback plus 30 GB of music storage. Paint colors and different sized alloy rims can also be purchased at a higher price.

The vehicle has also earned the highest safety ratings among all hybrid plug-in vehicles. The National Highway Traffic Safety Administration rated the Volt at five stars for rollover, side crash, and overall safety and four stars for front crash and even the Insurance Institute for Highway Safety (IIHS) has given the Volt top ‘Good’ ratings for overall safety.

Some of the top competitors of the 2015 Chevrolet Volt of course include the 2015 Ford C-Max Energi, 2014 Tesla Model S, 2015 Toyota Prius Plug-in, 2015 Nissan Leaf, and 2015 Honda Accord Hybrid, but there is no doubt with the performance, interior, exterior, infotainment, and safety features the Volt proves to be the best out of all!